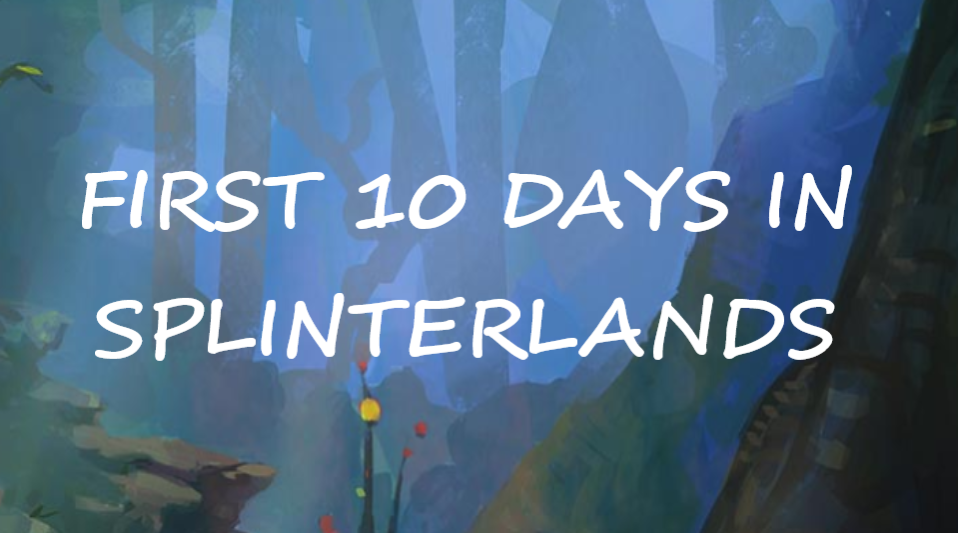 I've been playing Splinterlands for ten days. In a few hours, the Splinterlands season will come to an end. One of my two accounts is in the gold league, and I have 69 chests. Let's see if I can win my first legendary card today.

Splinterlands is an addictive game. It's been keeping me busy lately, but I'm not complaining. I learned how to design a sustainable play-to-earn game. It is possible to make money from the Splinerlands ecosystem, but the system is designed to prevent those who want to leak value without any investment. Purchasing a summoners spell book by paying 10 dollars is necessary to start earning rewards. Each league and the lower league have a power level required. This power is the sum of the power of the cards owned or rented by the player.

To learn the details of Splinterlands, I first read the relevant sections on the website on a laptop. The training material was pretty messy. The game's features are perfectly summarized on the site's mobile version.

Characters can gain 64 abilities in the game. Since the decision time is short during the game, at least it is necessary to know the abilities of the cards we have by heart. That's why, last night, I worked on the abilities on the mobile site, the content of which I do not know yet.

I rent the cards I need in the game. The cards required by each league level are different. The minimum rental period is two days. On the other hand, I usually make my rentals for a week. Keeping track of expired cards is a job in itself.

Using the My Cards menu on the Peakmonsters site, we can see the cards with less than 24 hours left until the end of the lease term. My gold league account has a daily rental expense of one dollar. I don't know yet what the payoff will be. The total value of the cards I rented was about $2000. This situation means that Splinterlands cards, always on rent, have an average annual return of 18%.

It is possible to carry out all kinds of transactions related to the game through the Splinterlands website. On the other hand, it is necessary to use Beeswap for cryptocurrency trading. With Beeswap, we can transfer cryptocurrencies between Hive, Hive Engine, and the game. We can also swap cryptocurrencies such as Hive, SPS, and DEC via Beeswap.

I use the site Splex.gg for analytical work. On this site, we can see the awards we have won in detail. It is also possible to see the average SPS rewards per battle for each league and lower league on the site. This information is shown separately for modern and wild. For example, in the champions league of the modern format, an average of 13 SPS is earned from each battle. A champions league player with ten wins daily means 3900 SPS per month. In addition to the SPS reward, players also earn cards, card packs, and potions.

Card trading and rental can also be done via Monstermarket. We can search by card name on this site. In addition, we can see how the card values ​​change over time on the graph.

New criteria come into play as you advance to the higher leagues in Splinterlands. This situation leads to the differentiation of card needs. For example, cards belonging to certain elements cannot be used in some games, or certain card types are limited. One of the decisions regarding the game is to decide how many element card decks we want to have. In the beginning, I thought that two-element cards would be enough, but now I have rented three-element cards.

Can playing Splinterlands be considered a professional job? The answer to this question will probably vary depending on what kind of player we are. The best of the champions league earn substantial amounts even during bear season.

If I can, I aim to get promoted first to the diamond league and then to the champions league. I think I can devote an hour or two a day to Splinterlands. If I like Tower Defense and Genesis League Goal as well, I may not have time to write :)

Glad to see that you are using multiple tools and strategies with splinterlands to make it better. I agree that this is an addictive game as I have been doing the same for over 2 years. Keep on playing Splinterlands Game and keep such posts coming.

It becomes more challenging in the upper leagues. I am eager to learn more.

I enjoyed this post of your journey and hope many new players in the game find it worthy. Thanks for sharing this post.