The Story Of My Third Splinterlands Season 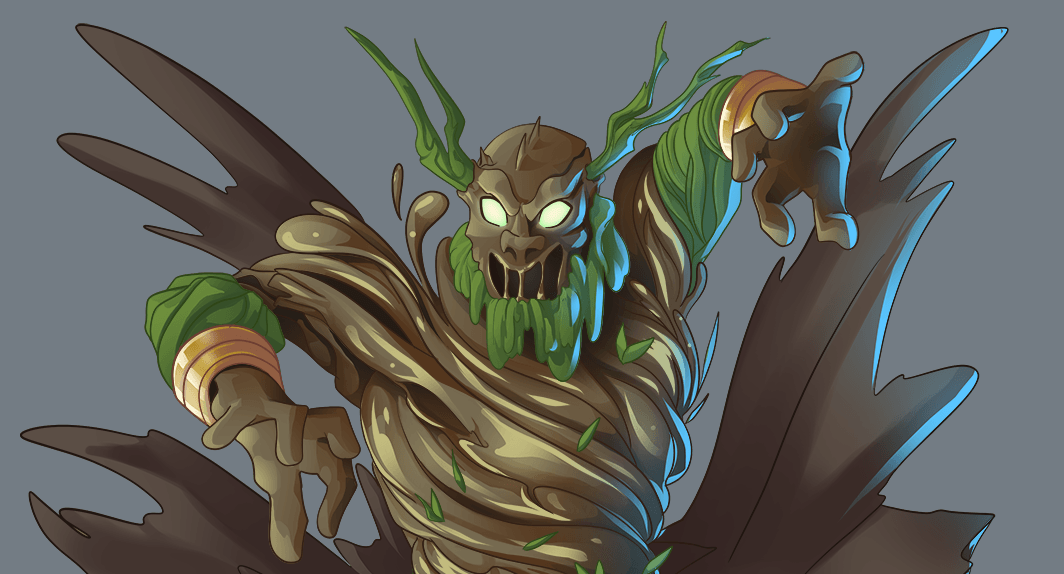 It's been about two months since I started playing Splinterlands. I prefer the modern format to limit the number of cards I have to learn. I have yet to reach the entire Splinterlands know-how, though.

I made rapid progress in my first two seasons and was promoted to the diamond league. I was hoping to get into the champions league this season with both accounts. Last season, one of my accounts started in the Gold I league, and my other account started in the Gold II league. My account, which began in the Gold I league, fell into the silver league, and I completely forgot about the dynamics of the Silver league. My account, which started the season in Gold II, quickly regressed to Gold I. In the season that I started with the dream of joining the champions league, I even became envious of the diamond league.

Putting aside the reward optimization, I played until the mana in my accounts approached zero. The dynamics of the gold league are similar to the diamond league. On the other hand, it is necessary to fight in a completely different style in the silver league. After tough struggles, I upgraded my accounts to the Diamond II league. By the way, I paid quite a bit of rent. Last season, I played over a thousand matches on my two accounts. As such, my accounts' mana levels have always been close to zero.

After playing hundreds of matches, I better grasped most game types' dynamics. However, I only made the right choices in some games. There are battles where I make simple mistakes. The error rate increases as the number of consecutive matches increases. In two previous seasons, I learned about the more than 60 features that the cards in the game could have. However, theoretical knowledge and practice do not match. The most important skill I've learned this season has been learning to play with the water element. It is much easier to get victories than others.

Just in my first season, I understood the importance of the Protect feature. Especially in games with small mana limits, it provides a significant advantage. We can eliminate the edge of the Protect feature with the Pierce and Rust features, but monsters with these features become widespread starting from the gold league. Below is a list of monsters that provide the protection feature.

We can only use five cards with the Protect feature can be used in the modern format. As the Tower Griffin is a neutral card, it can be used in any element. We can also obtain the shield feature through summoners, but only some elements have a summoner that provides this feature.

Of course, while creating the teams, it is necessary to consider many more variables with the Shield. Each player has a style that she/he develops over time. Some care about healing, some focus on attack power, and others on speed. Considering all the variables together is a challenging intellectual task.

I also realized that the variety of cards is significant this season. Some game types require odd mana cards, even mana cards, cards with flying features, and cards with immunity features. As such, it is necessary to rent a large number of them. Keeping track of these leases and renewing them is a challenging job.

Before buying cards, I wanted to determine which league I would compete in. At the end of this season, I achieved a 50% win rate in the diamond league. So I can stay in this league. I made my first purchases, starting with cheap cards. I could buy 18 cards with my $150 budget, as the cards I purchased were max-level cards. My goal is to have all but the most expensive cards.

I didn't attend the Lux Vega sale yesterday and regretted it when the cards were sold out in a minute. Lux Vega is a summoner with exceptional abilities and will significantly impact the game. Why didn't I get one when I knew this situation well enough? Bear season has affected me negatively. However, I bought one Runi.

Below is an image of my rewards with one of my accounts. A legendary card, 300+ SPS, and over 2000 merits were notable prizes I won. I bought a gladius pack with my merit points. I joined a guild to run this operation. I need to learn more about guilds and brawls.

There is so much to learn about Splinterlands. In the meantime, I started to watch the matches of the people in the top ranks in the leagues. I learned a lot from these battles. Some of the champions use expensive summoners that I have never used before. Using many expensive cards while competing in the Diamond league would not be financially correct. Splinterlands looks more like art than science. It is necessary to get a balance by considering dozens of variables. I guess things will get better with time. I wish the 99th season will bring good luck to all Splinterlands players.

By delegating your HP or some token to the @thranax bot, you are helping to support the community and the bot and earning healing rewards daily! and also you will get token with healing

You're right, at the end of the day, splinterlands is more of an art than science. I think in diamond, one needs to blend resources with strategy, if not, one might not win. I think it's earnestly important to learn as you play. I've been playing for one year now and I'm still learning and struggling. Congratulations on your nice reward there.

There are many things to learn, but I am close to grasping all the relevant information.

That's true. As for me I'm trying to learn all the fringe information, I think the ones I didn't when I started out. Good luck to you.