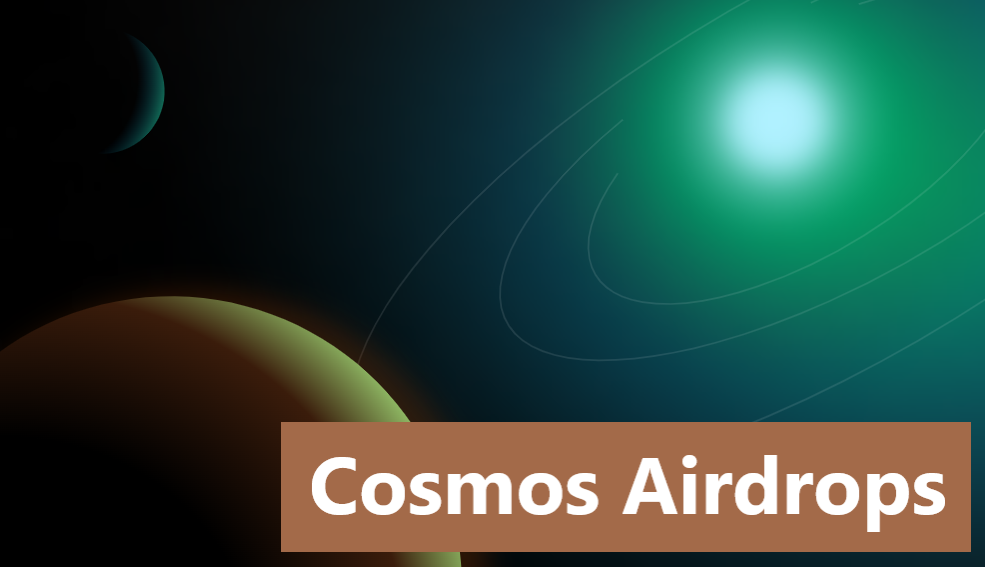 I think a crypto asset should not be invested just for staking returns, airdrops, or the other side benefits. Although I stepped into the Cosmos ecosystem through airdrops, over time, I saw that the monetary value of these airdrops was relatively low. Still, my appetite for Cosmos ecosystem investments continues.

The Cosmos network describes itself as the internet of blockchains. The ecosystem consists of independent blockchains, each optimized for different purposes. In this context, Cosmos Hub is only one blockchain in the Cosmos ecosystem, and each blockchain provides its security through its validators.

The Inter Blockchain Protocol (IBC) transfers coins and tokens between Cosmos ecosystem blockchains. Transaction fees are paid via the currency of the initiating blockchain and are usually under a cent. Moreover, transfers between Cosmos blockchains take place in 3 seconds. As far as I know, no structure is an alternative to IBC in the crypto world.

Cosmos Blockchains to Invest In

To take advantage of Cosmos airdrops, we first need to buy Atom, the coin of Cosmos Hub and stake it. Atom stakers benefit from the majority of airdrops.

After Cosmos Hub, the most airdropped blockchain is Juno. Decentralized finance, gaming, and NFT applications are running on top of Juno, but it is best known for Junoswap.

A Cosmos ecosystem blockchains like Osmosis and Juno are subject to airdrops similar to Cosmos Hub. Osmosis is also known for its financial application. Osmosis has come to the fore with its Superflued Staking feature recently. Thanks to this feature, funds invested in liquidity pools are also used for staking, and investors get both liquidity and staking returns.

The following blockchain I want to talk about is Evmos. It enables the development of EVM-compatible applications on Evmos, which has the mission of bringing together Ethereum and Cosmos ecosystems. Applications developed for Ethereum can also be easily adapted to EVMOS.

Until recently, tracking Cosmos airdrops was a problem in itself. For a while, we can follow airdrops easily via Cosmosairdrops. To date, 27 airdrops have been completed in the Cosmos ecosystem. The claim of 18 airdrops is still in progress. In the upcoming period, 46 airdrops will be held.

It is necessary to have staked coins such as Atom, Osmo, Juno, and Evmos on the snapshot date. Some airdrops set a lower limit for staked coins. Those who have coins less than this lower limit cannot benefit from the airdrop. 50 Atom, 50 Juno, and 100 Osmo might be enough for most of the airdrops.

About half of the airdrops are distributed as fairdrops and the other half as weighted. Fairdrop means equal distribution to everyone who meets the required limit condition. In weighted claim drops, community members receive coins in proportion to their shares.

Although I use the term airdrop throughout this article, the process in the Cosmos ecosystem is a claimdrop. To benefit from airdrops, it is necessary to perform a claim process on the relevant network.

Transactions on the Cosmos ecosystem are carried out using the Keplr wallet. It is possible to access dozens of Cosmos blockchains and perform staking transactions through Keplr.

Coin transfers between blockchains are carried out through IBC. It is possible to use IBC through Keplr wallet or interfaces such as Osmo App or Junoswap. Atom is a coin listed on many centralized exchanges. We can get Osmo and Juno by swapping them with Atom.

The size of a Cosmos ecosystem portfolio required may vary from person to person. For example, you can start by staking 20 Atoms to get to know the ecosystem. A portfolio of 50 Atom, 50 Juno, and 100 Osmo can be considered optimal.

Ecosystems such as Ethereum, Cosmos, and Hive offer users applications that are still operational. I prefer to invest in still functioning ecosystems rather than blockchains that promise features but constantly postpone.

It is possible to examine statistics by selecting various Cosmos blockchains on the Mintscan site. We can access important tokenomics information such as inflation rate, bonded token rate, and staking APR through the site. It may also be enlightening to examine the IBC network statistics via Minscan Hub.

Cosmos has a special place in the crypto world due to the distance it has taken in terms of interoperability. I think they can reach millions of users if they exceed a certain threshold in size. The coins they airdrop to investors are the icing on the cake.

Very interesting! Just tried the LP of ATOM/OSMO with a small investment.
Is there a place where you can see the upcoming Airdrops and how to be eligible for it?
Where do you need to stake the ATOM then? Keplr wallet?

https://cosmosairdrops.io/ is a perfect source.

Yes, the Keplr wallet is used for staking.

Oh well, better to take actions to catch up with growing Cosmos ecosystem 😅