@nervi 64
about 2 months ago
LeoFinance 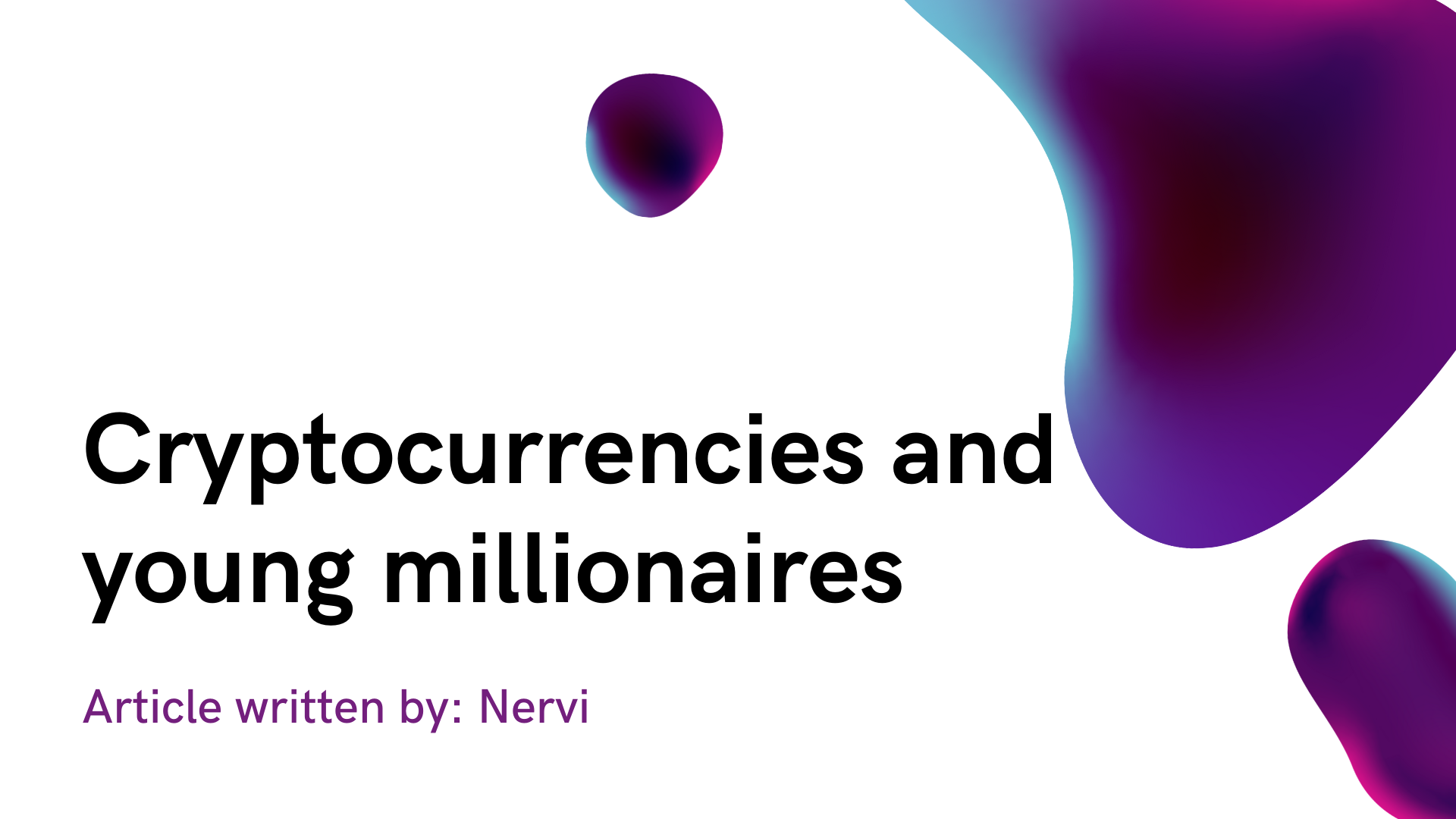 The cryptocurrency market is very young. Those who invested the proverbial thousand dollars in Bitcoin, Litecoin or later Ethereum and kept it patiently on their wallet for those 10 years can today count millions. But it is easy to talk about the past and the fate of a select few who were in the market for literally the first months of cryptocurrencies. That doesn't mean it can't happen today.

I don't use this statement specifically in the context of age but in the context of how quickly you build your wealth. A simple example. If you had invested in Bitcoin a year ago and sold it today you would have a return of +359%. If you had done the same thing but with the S&P 500 index (as an ETF or other financial instrument) the rate of return would be +29%. Still tens and hundreds of times better than bank deposits but you can see the scale that cryptocurrencies offer higher returns, often higher losses.

The cryptocurrency market is highly volatile. One often encounters the saying that we don't deserve gains of several hundred percent when we can't wait out 80% of the declines. Very true from a cryptocurrency perspective. That is why this term young millionaires appeared. If you enter this market at the right time and choose the right assets, the potential profits you can make in such a constantly growing market can be gigantic. But be careful.

As many risks as chances to earn

There are risks in the world of cryptocurrencies, just like in any other exchange. Here, however, they can often go beyond the exchange or wallets themselves. Phishing, fake airdrops or deluded similar sites or Flash Loan attacks have taken hundreds of millions of dollars from vulnerable users. You should always check where you are investing, the amounts, what you are confirming with your wallet and when you plan to exit something. DYOR is a popular term, especially used during the boom in DeFi programs. Hundreds of projects were created, dozens of them fell on the price of nightmarish values or robbed users because they flew on the opinion of PancakeSwap or Uniswap creating sites based on the same interfaces and inviting with interest rates exceeding common sense. Often such investments ended in loss of some capital or funds being taken away by the owners or hackers.

People who can catch harmful practices are very important people in the crypto world. The growing influx of people interested in high returns on investment in the short term is the best type of people for scammers and hackers. Such people can train others on security and how to navigate through the crypto projects. And this is already a very high value, because in addition to cash, this intellectual value is very important, especially when investing.

Rome was not built in a day

The statement that cryptocurrencies have made people both millionaires and poor is known to everyone. Nevertheless, becoming such a young millionaire is possible. It is only the foundations that are important to remember. Most people who have lost a fortune on assets are those who do not even know what they are investing in. They see that the market is growing, so they join the trend by buying at the highs and selling at the lows, because their psyche is not strong enough and they never come back. However, if they had not acted on impulse, but on their own judgement and according to a strategy chosen appropriately for them, the situation could have turned out the other way round. They could have waited for a price rally to end and bought at the lows, averaged the prices all the time and sold at the most optimal moment and ended the year or sometimes even the month with returns exceeding the boldest first defensive expectations. But this is what we have to learn first.

You've got that right and hopefully, I will be one of them. Splinterlands for sure made few millionaires and that simply shows what you can achieve if you get involved in early-stage on promising projects. Just need to do a good DYOR and HODL!

Exactly, Splinterlands highlighted on a gigantic scale that you just needed to get in at the right time :)