Hive at the price pump can only benefit from 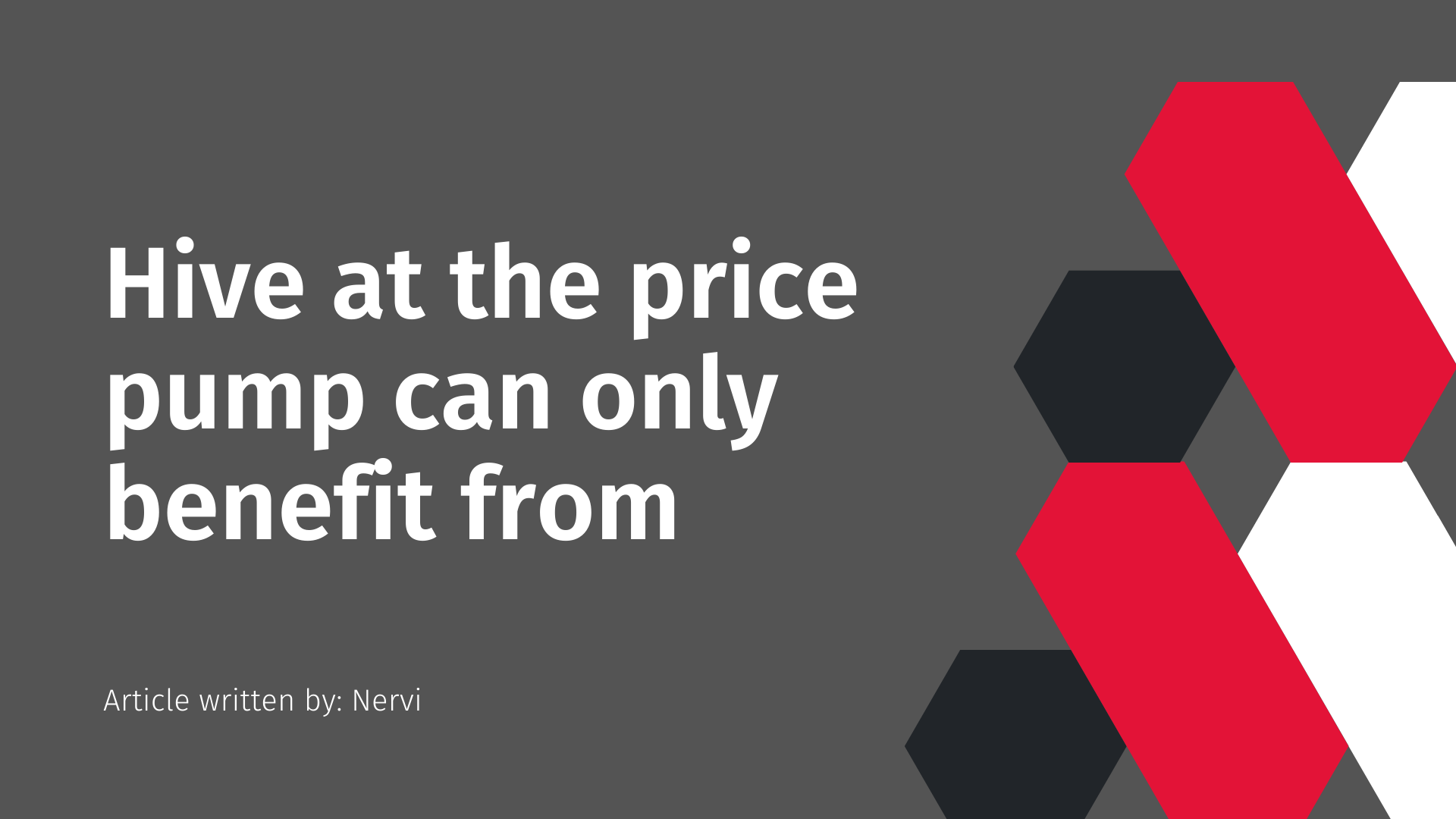 Today we saw another giant pump on the HIVE token. The native Hive blockchain token reached an ATH of $1.54 apiece today. Whoever was watching the market and happened to set up a position or play with leverage at a similar moment will surely go to bed happy and perhaps buy themselves more cards in Splinterlands. But I will not talk about strictly price aspects because I am not an expert, I will focus on another topic. I invite you to my approach and reasoning of the pumps on HIVE.

As you may know I am not a giant fan of speculation. I agree, when there is a pump I do my thing and take advantage of the market as much as I can, but I'm not the kind of person who will draw you a chart and try to convince you that some token on the 3000th place of Coinmarketcap will be more expensive than Bitcoin because the winds in the US will blow north and the water will be colder, I shy away from that. But in the cryptocurrency market, I'm very focused on the tokens I own or am very interested in. So I don't care that Axie Infinity or SHIBA INU jumped by gigantic values this week. However, what is happening on HIVE intrigues me a lot and I like to look at certain things more closely.

I'm not going to place bets on who triggered these pumps and made the volume on HIVE as recently as today $25 million and now over $1.6 billion. That is not my area of expertise. I'm looking at these gigantic price increases on HIVE from a different point. From the point of Hive. Now don't get me wrong, I'm writing HIVE and Hive on purpose because every older user knows these terms. I'm looking at this from the point of Hive, which is the whole blockchain and the ecosystem based on and related to it. OK, now that we've got the history repeat done I'll get to the point. I'm willing to bet that when someone sees the giant pumps on the crypto exchange and makes money from it they will at least look a little wider at the token and take a look at it. And it seems to me that Hive could be a future refuge for people who will spend 5 minutes checking some information on Google.

Currently HIVE as a token is at position 144 in the CMC ranking, not the highest flights but we are definitely relatively high for those several thousand different cryptocurrencies on the market. Hive has a multitude of possibilities to offer. I think the face of a person who gets acquainted with the idea of Hive and its platforms will be surprised how many projects are behind this token, which seemed at first a great investment for short speculation during the price pump. I have mentioned more than once that a very important aspect for me is the development of Hive as a platform for everyone. Social media is used by a gigantic number of Internet users so a decentralised blogging platform is likely to be familiar to them. Admittedly, the aspect of cryptocurrencies and earnings under the post may seem strange but if it's an investor who comes from an exchange to Hive then they understand a lot at the start and can get engaged into project.

And then the community increases by another very important person in the whole ecosystem. Such an investor even out of sheer curiosity may want to invest the money earned from today's pump in an HBD deposit. I don't need to remind you that an annual return of 10% is quite a treat? You may think that I am exaggerating and hyperbolizing but considering currently how big the volume is on this token the chance that someone will try Hive and search for information about this project is not zero. In addition, I think that with the increasing position of HIVE in the ranking such probability will grow. I had this with Binance Coin, I was curious what token it was and then I discovered Cub Finance from @leofinance. This snowball effect from exchange to project investment is already much more likely, right.

@splinterlands as the biggest game on Hive is also doing a great job. However, I think such people who came to Splinterlands however for this game will not go further and will only sit in this project. And the kind of person who came from the crypto market will look at Hive at one point and the whole ever-growing ecosystem that's on it. And that's the hidden potential I see in the price pumps on the HIVE token.

but I'm not the kind of person who will draw you a chart and try to convince you that some token on the 3000th place of Coinmarketcap will be more expensive than Bitcoin because the winds in the US will blow north and the water will be colder, I shy away from that.

Hahahaha😃 very funny, but I get your point anyway. Price predictions can be really misleading sometimes. But Hey, let's enjoy our Green period! It's so lovely time now.

I agree, let's enjoy this time :)
Thank you!

What do you think the price of Hive crypto needs to be in order for people to stop whinging about how hard it is to sign up for an account and just get it done?

I think it's not a question of price just a lack of trying to understand this blockchain and the big ecosystem. That's my impression at least, because I haven't actually met anyone who complained about the account creation process. PeakD or Leofinance have an intuitive account creation process, only those few passwords (keys) can be a bit frustrating. But coming back to your question I think that the higher the price of HIVE the more people will be interested not only in the token but most of all in the blockchain and then there will be more and more tutorials on how to create an account and use Hive effectively.