Revamped economy in Splinterlands - what's next for rewards? 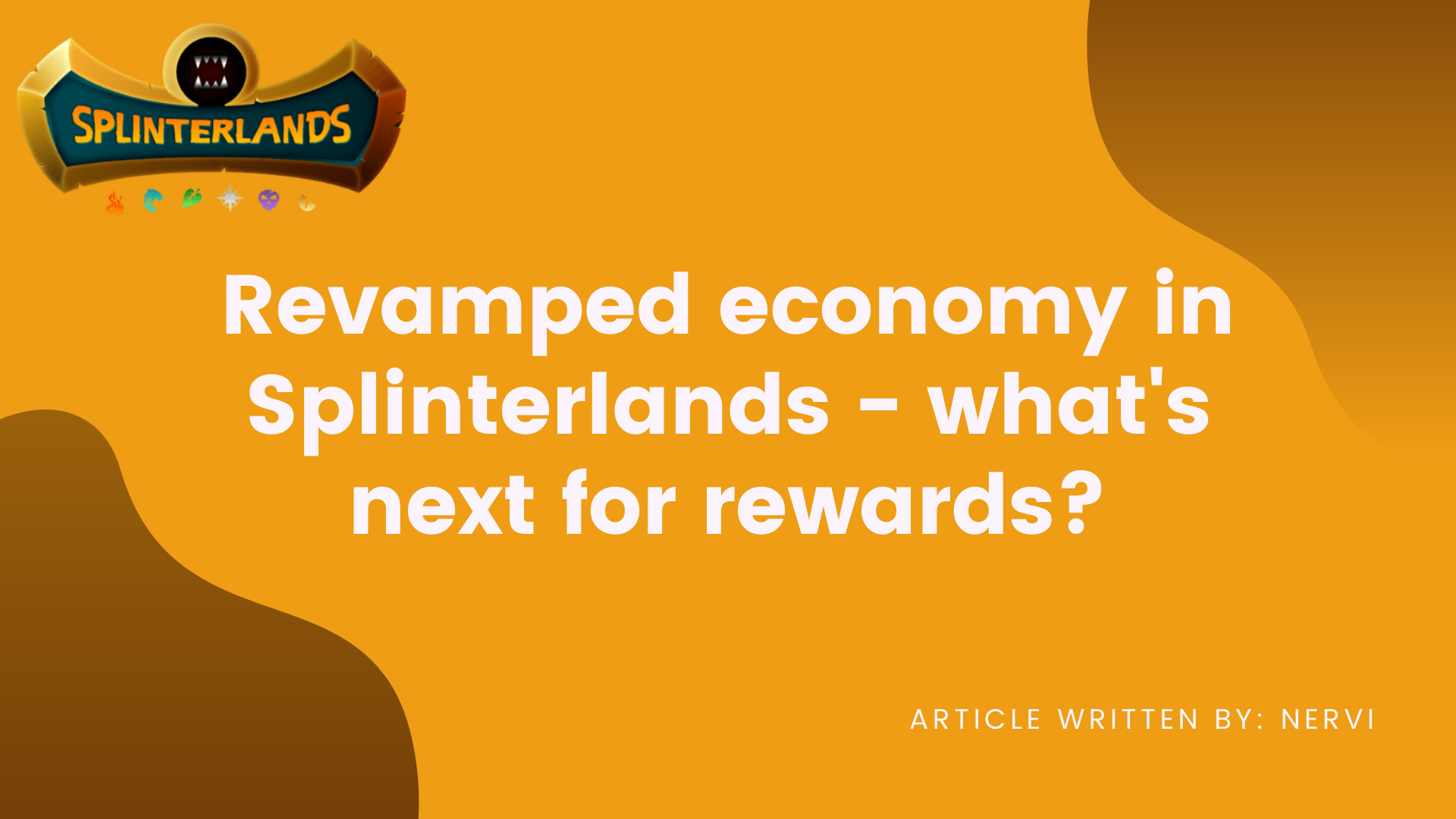 The ever-growing popularity of Splinterlands in areas of blockchain-based gaming where we can earn extra money occured that the economics at one point got out of hand. People who purchased only Spellbook were able to earn amounts several times higher by putting absolutely nothing from their wallet into the game. What changes will be introduced in the next Splinterlands season?

An important change will be the distribution of DEC after winning a match. Currently, we received more DEC the higher we were ranked. This is to change now. It will not be based on ranking points but on the division we are in. So if our ranking is 3000 points (Diamond III level) but we are in Silver I we will get as many DECs as we should have for a win with ranking 1899 (maximum Silver I level). It seems to be not very complicated mechanism, but it will affect people who have less Power than they should have for given division because they will get less DEC from tomorrow. This change is supposed to encourage players to have more power, i.e. buy or rent more cards to be in higher leagues and get more rewards. It is worth noting that at some point in the future there will also be SPS rewards for winning a match, so such rewards may actually encourage players to buy more cards.

However, the most important change will be the new distribution of rewards for each league. Not so long ago the creators announced a new 50/25/25 (Cards, DEC, Potion) style prize percentage and they already want to change it, of course not in its entirety. The change will only affect accounts that are below Silver III. For Bronze ranks I to III and Novice, the percentage distribution for each reward will change and instead of DEC players will get Credits.

This is how the new division prizes will look like from the next season:

This could be a change for the worse. I understand the concerns of developers that bots can farm DEC all the time and it can affect the game's economy badly, but following this line of thinking we should also ban bots from buying and selling assets on cryptocurrency markets and exchanges, because they will turn over capital faster than we realize and set up stop losses and other mechanisms. But this has not happened yet. Due to such a change a new player, who is not yet able to play very well, will have one chance in 10 days to get a card and maybe he will invest, because he will get involved. The other 90% of cases will be potions, which he probably won't use or Credits, for which he won't buy much except for renting cards.

I look at this change from both sides - the old and experienced player and the new player. For me this change does not change anything because I am always above Silver III league. However, when I would play as a new player who saw all those pictures and information about high rewards, I would now feel sad that I missed those times. But the developers have mentioned that this isn't a free-to-play game and I completely understand that. From the perspective of someone who has been in Splinterlands for 3 years now I understand the developers and even agree with them. This change for the worse of course I was writing from the perspective of new players.

Looking at these changes that have happened over the past few days I am both happy and confused. I'm glad that the creators intend to tame this economy somehow, so that it doesn't turn into a speculative bubble or other dangerous mechanisms, but at the same time I'm afraid that at some point they may violate the boundaries of free decision-making about our cards and the free market. A matter for discussion. Perhaps I see these changes in a different light. Certainly the good news is that the developers are still trying to cope with the increase in players and you can see that it is getting better. There are no more interruptions like a few weeks ago and the game works as it should most of the time. I am very curious what direction the game will take in six months, one year and five years.

Great article. What do you think will happen to the price of Gold Cards next season? Throw #chaoslegion into this mix and we have an interesting month ahead of us! #Splinterlands @splinterlands @russia-btc #hive #playtoearn

Thank you very much :)
In my opinion, the prices of some gold cards could rise if there is less and less access to them on the market all the time.