A Different Way to View Golddiggers 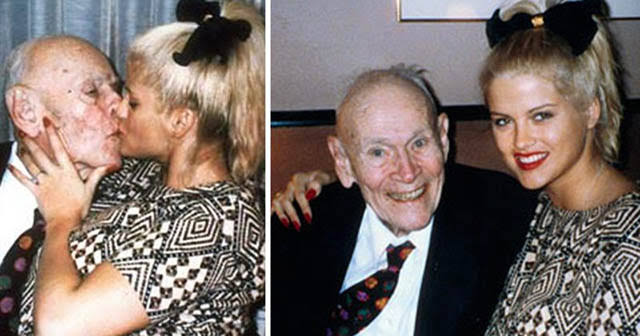 To be crispy clear, here is a definition of golddigger: 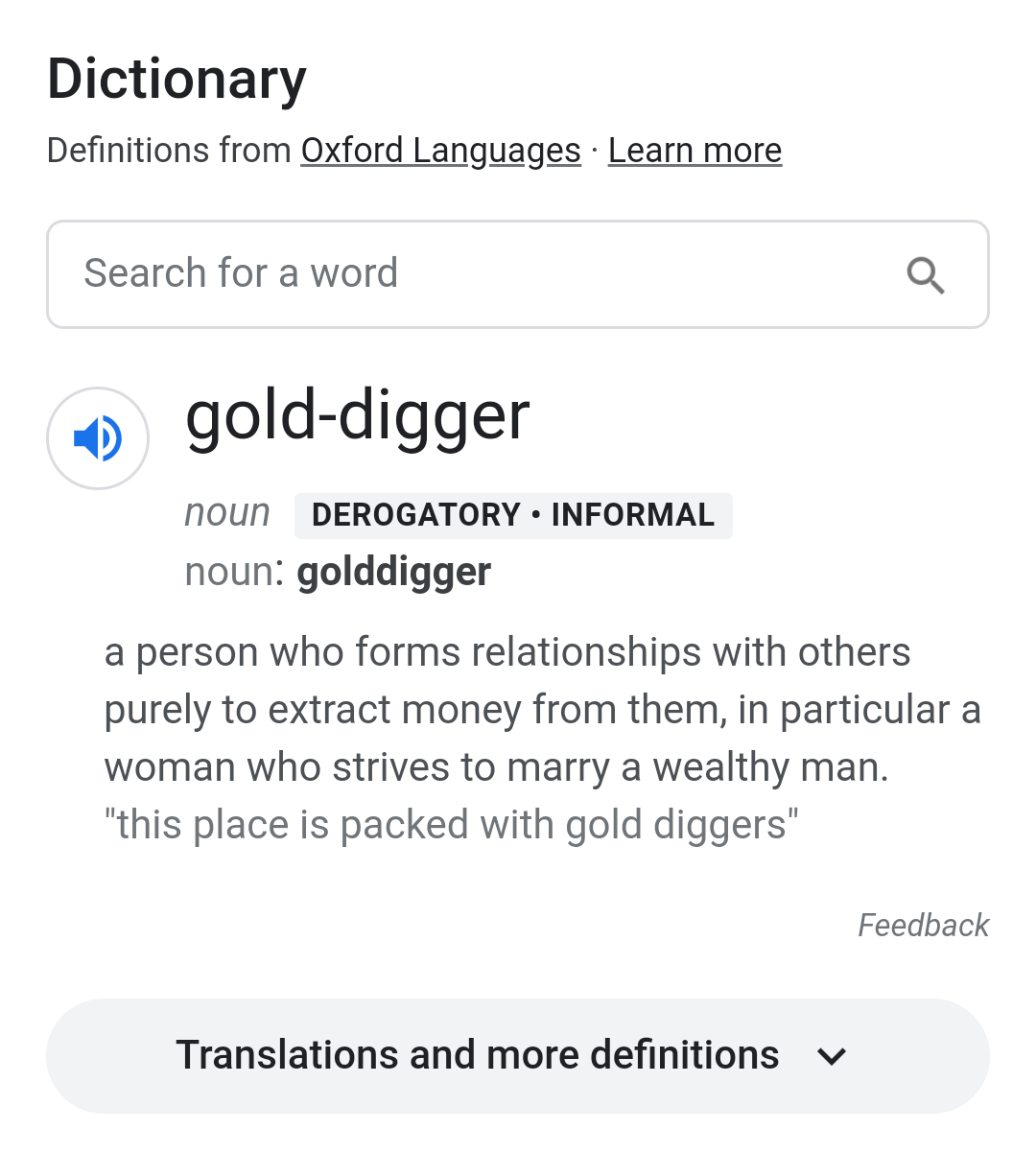 You see? No miners.

Golddiggers are usually condemned and considered dishonourable. And of course they are dishonourable and deserve condemnation because pretending to love someone and have a relationship with them when all you want is their money is dishonourable, manipulative and messed up.

But there are ways in which society mostly view golddiggers, they view them as people doing inconvenient and unpleasant things just for money especially the golddiggers who are lovers to very old and hideous men/women. The new interesting ways to look at golddiggers are (1) As Employees (2) As People Really Just Like you at your job.

Before we look at these new ways I'll like to clarify that golddigging isn't the same as prostituting, every golddigger is probably a prostitute but not every prostitute is a golddigger. The difference is that when it comes to prostitution you're sure you're buying services but golddiggers try to make it look like they love you and want a genuine relationship.

So let's get right into it:

If you look at it like they are employees then they are dubious employees who are employees unbeknownst to their employers. But when you consider the cases where their spouses know that they are golddiggers and they are just with them for the money then doesn't that quite make them legitimate employees like everyone else?

Many cases like that exists where people have golddiggers as lovers and they also know that their lovers are golddiggers but they just go on with ot because they like the benefits they're getting from the deal.

Look at the following lyrics from a Rick Ross song called Play Your Part:

You see it right there, it clearly states that she's a golddigger but that won't stop him that they'd be cool as long as she plays her own part, and we know what part that is 😉😉.

On Quora someone asked the question about why men would want to be with golddiggers and these were the replies; 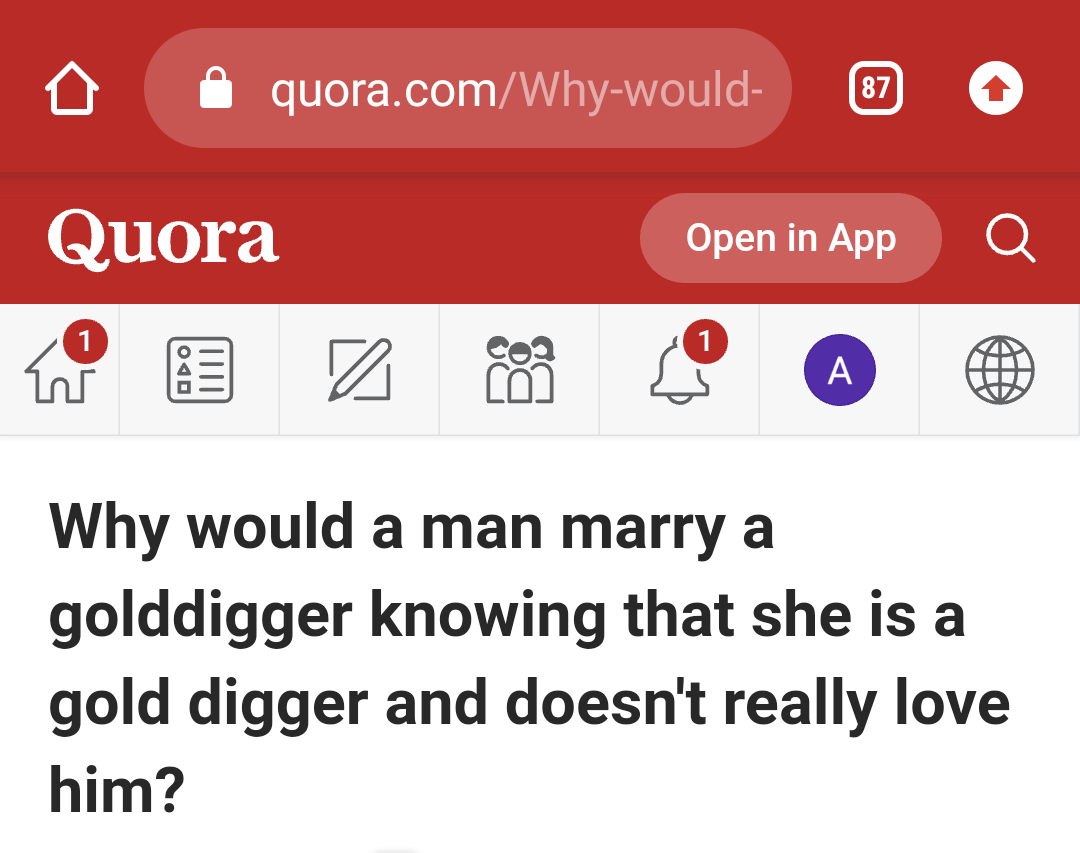 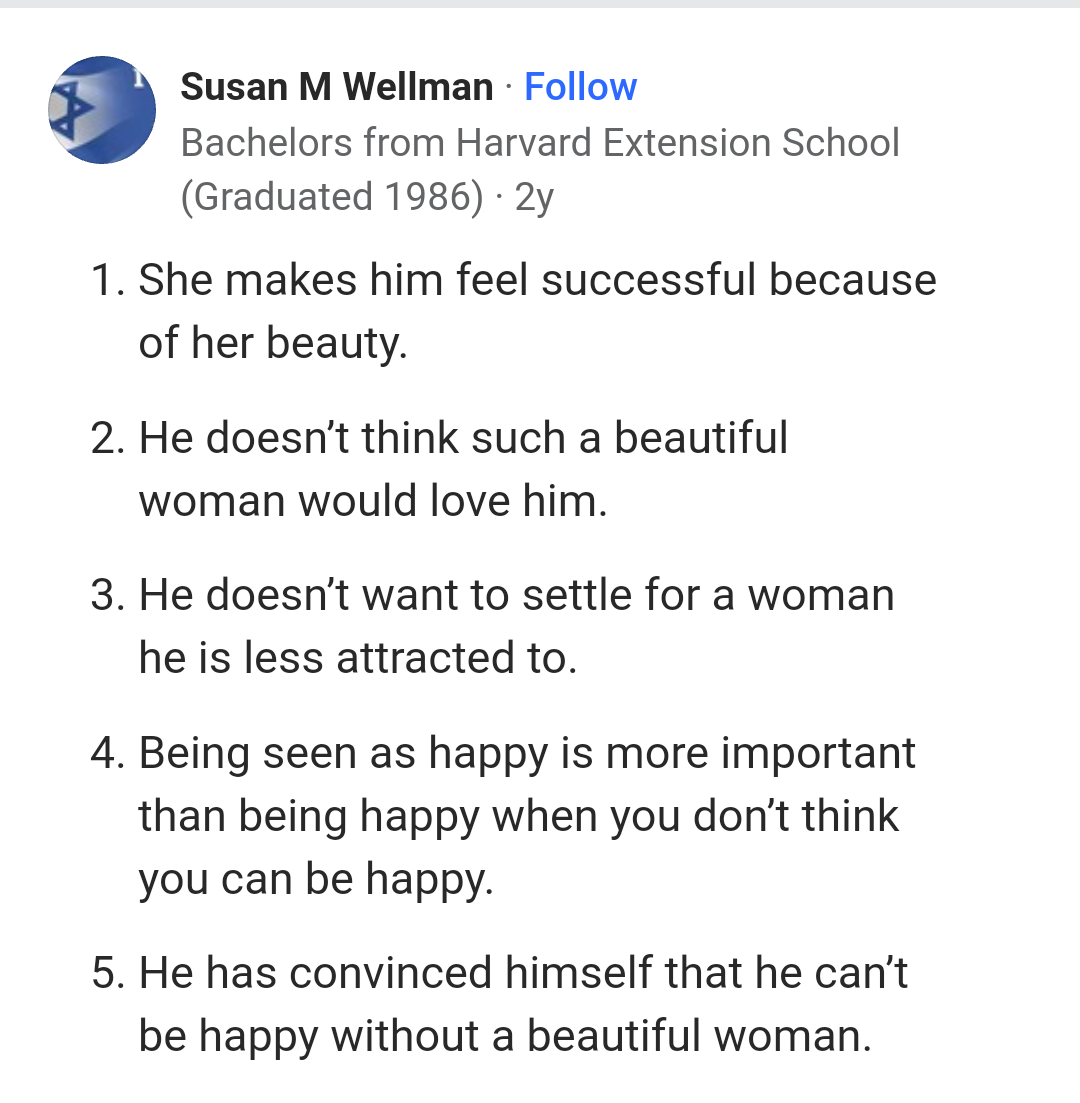 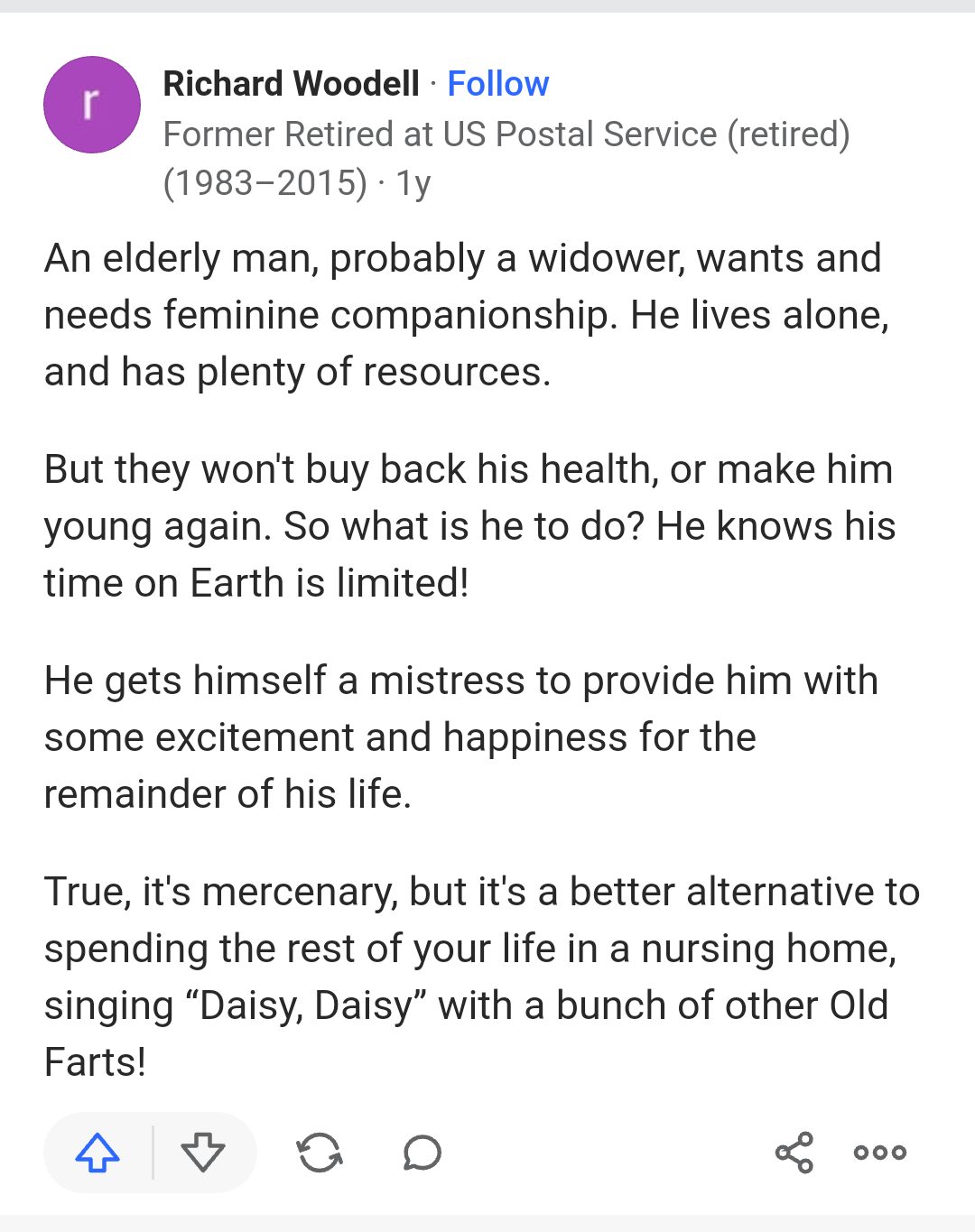 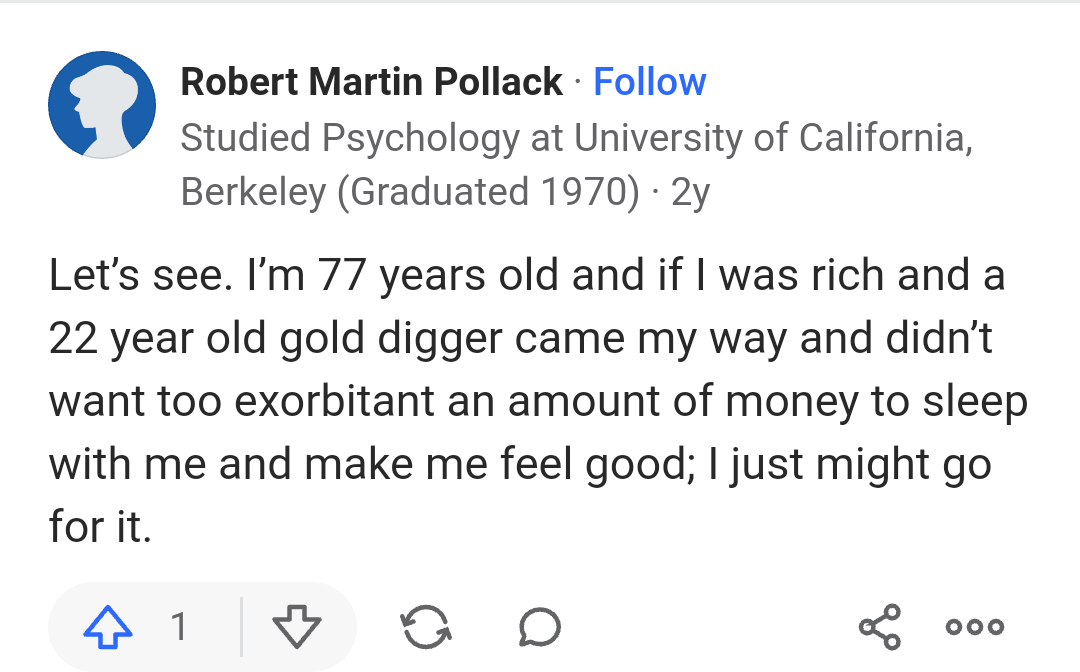 So you see, it's really a legitimate employee thing when the employer knows.

People usually look at golddiggers who are with very old, ugly or other type of people considered undesirable by society and talk about how these golddiggers have to do the very unpleasant and inconvenient duty of having sex with these people. They talk about it like they forget that the golddiggers are getting compensated for it, they are getting paid money for it damn it! Just like any other job, just like you at your job.

Just like you have to do the inconvenient duty of waking up real early, hurry to work, come back in the evening and sleep just to do it all over again the next day for years of your life. Just like you toil, give your youthful life, energy, sweat, blood, well-being, time, etc just to do your job. Just like you do all these. You'd never have done most of it if money wasn't involved, that's the same way these golddiggers do all the inconvenient and unpleasant things they never would have done on a normal day. Money is involved, you see, it's not for free.