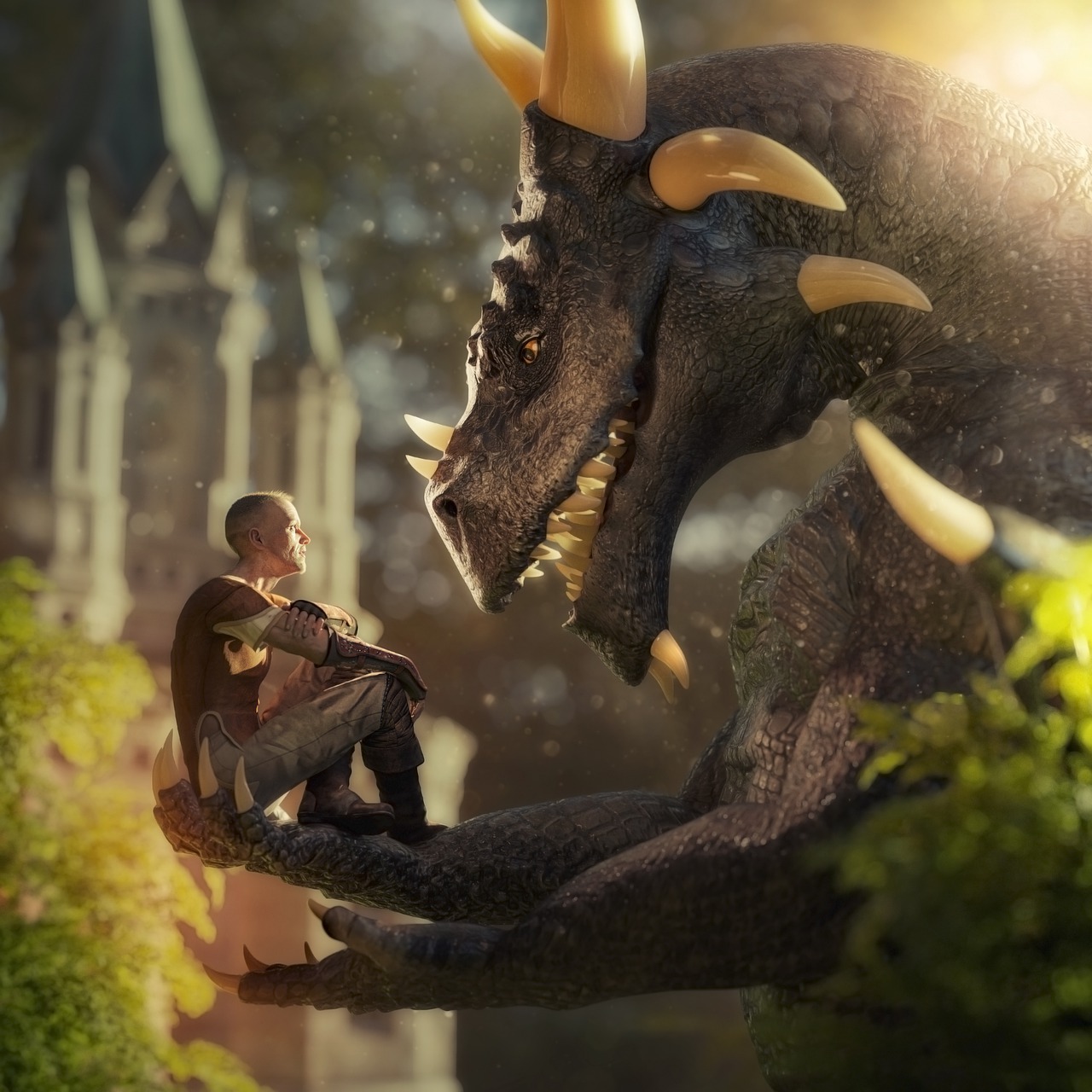 Image source pixabay
Everything was a very normal and ordinary life for Tomy a young teenager, until the day he found a rock would change his life, because it was not a simple rock, but was a dragon egg, which was in the yard of his house without bothering anyone until the years passed, and the young man was bored began to hit the rock this cracked, began to vote a light, salios a small dragon, Tony is very surprised to see that what they had their hands was a dragon.

As Tony could care and hide for a while the little dragon, but until he grew up he could not hide his pet, he decided to go to his grandfather's farm, but the playful and already big dragon took him flying, the grandfather was surprised to see such a big animal, he told his grandson that dragons have existed with humanity all the time, but it prefers to be hidden, the dragon was very happy playing on the farm, all the cows and the dog was scared.

One day some thieves came to rob the grandfather, but the scare they took was great, the dragon surprised them and threw fire at them ran away without hurting anyone, but that was a danger to the dragon, and it became known he could not hide, the day came the guard arrived to catch the dragon, but our friend Tony, as he could hugged his dragon told him to fly very high and get lost in the sky, he did not want to be caught, he began to fly in circles making a ball of fire and a lightning bolt fell and reached the stars, all were surprised as the dragon vanished, Tony cried but he had to do it.

Tony was already an adult, but at night he felt that there was someone in the yard, was the dragon was already a very large one with horns and approached him as his great friend left him a golden egg as if it were gold, to take care of his future offspring as well as Tony took care of him, the dragon tears came out and flew far away, but he knew that his baby was safe.

A tender story between a boy and a dragon where an everlasting friendship begins.
Some questions are left open after the end of the reading. Good motive for a good story. Keep writing!

Thank you for posting this nice story on @theinkwell, @newton666

Unique friendship story. Btw, where did the dragon go?

The moment the Dragon flee away because of his life. I was touched. The feeling of letting go of someone you care of is very difficult.

Now, the Dragon trusted Tony with his offspring. I wish we human could understand the true meaning of trust.