It just appears that way. 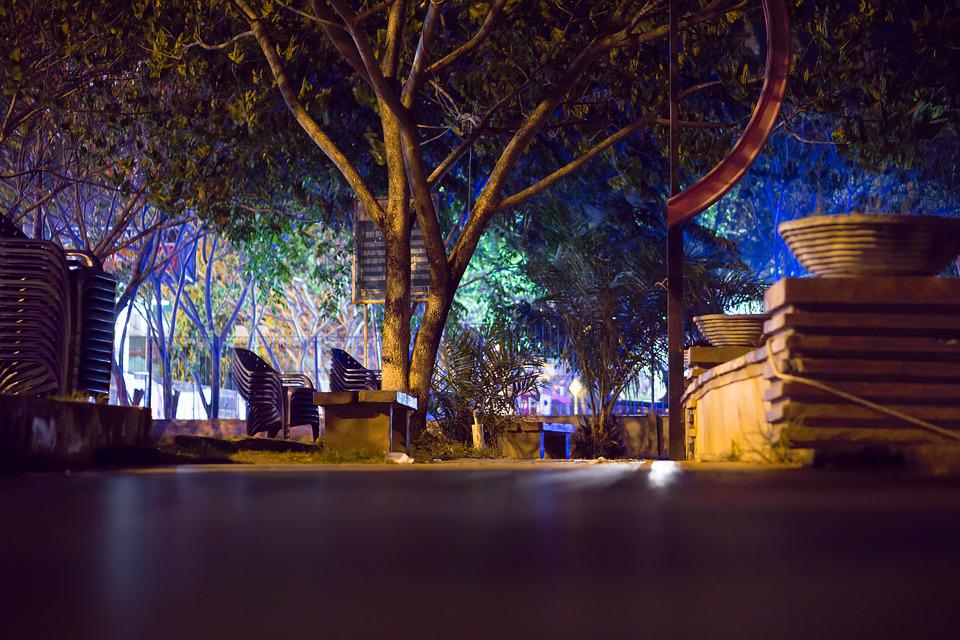 I was on reddit for the first time in a long time yesterday doing a bit of LEO hustling.

That mainly means going around the site reading posts and dropping a few hive or leo related hints. I get the appeal of the site to people that don't know any better but it's really no fun to me.

Why waste so much time on a site like that when you have LEO that will reward you for the same activities?

We are actually so lucky to have leo and hive where the hard work is done for us.

This was a post from the blogging community on reddit where a person is trying to get started blogging.

How do you gain an audience? How long would it likely take? How exactly do you get money from it? What are topics that people want to read about? Is getting some extra money from writing a blog even viable, these days? Should separate topics have separate blogs, or should you just dump everything on the same blog? What are the best websites to have the blog on? Anything else that is crucial to know? All thoughts are welcome.

The top answers tells the to buy their own domain and control it.
Pick a narrow niche to gain seo.
Spread word about their blog to other sites.
Use affiliates, and sell related products.

How many hours and days do you think it would take this person to,

I think that it would take months and cost money to just get on the ladder of having a blog never mind becoming successful. That could take years to make it anyway profitable.

I told them to just join leofinance.
Get a free and secure account.
Start earning from day 1.

You still need to market yourself and put in the work to grow but it takes one day instead of weeks to get started and you can be in profit from day one if you start commenting and getting votes.

It sometimes seems too good to be true.

It's not really though.

You won't go from zero to millionaire overnight.

That just doesn't happen and anybody who does is the exception to the rule and not the rule itself.

The rule is that instant success comes from years of slow and steady building.

You gain followers one at a time until you grow large enough to go viral.

You earn pennies for years until you get recognized and earn dollars, then hundreds of dollars.

Leofinance is still such a young site that it's only now starting to gain a foothold in the industry. We expect people to view it the same as medium or similar financial sites but the reality is that we are still in the stage of gaining users one at a time.

That will change as we put in the work to the stage where we see hundreds joining a day or seeing leo content trending on reddit or facebook. Then it goes viral and could bring in thousands of users at once.

It will take years of building to do this but we have seen the charts and they are moving in the right direction. 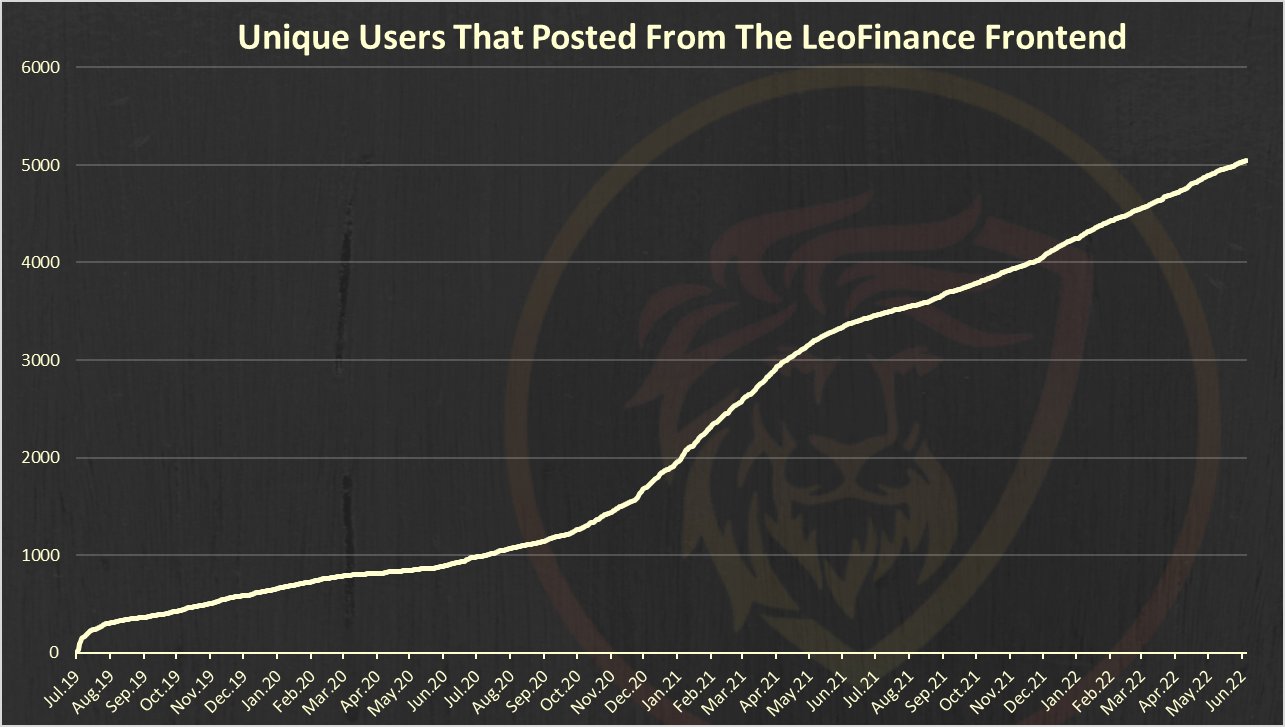 That line has a nice direction to it at the moment and we are slowly gaining momentum.

I love this! Making it as a blogger with your own website is really hard.
They do turn more into affiliate marketers selling all kinds of stuff via their website rather than focusing on their writing.
Yup, we already have it all here and a lot of the work has already been done.
This doesn't mean we can just sit back and do nothing. It's still hard work at times.
But if you're consistent, you'll pick the fruits of your labour eventually.

I've mailed your post on Listnerds, because I think it's a post more people should read. Thank you so much for sharing!

I've mailed your post on Listnerds, because I think it's a post more people should read. Thank you so much for sharing!

Thank you for that. I really appreciate it.

I think that a lot of us have tried out the various options over the years before finding hive and leo.

We have seen what is out there and found this to be our best chance to make a go out of it. That won't happen without hard work on our part but at least we can do it as a group instead of us all trying to build the infrastructure seperately.

It's a huge advantage to have.

I hear what you're saying and I agree. But until something is done about the reliability of the LeoFinance website, there will be continual problems such as the one I faced this morning.

Published my blog at 4 AM, and it never showed up in "Latest" section (still hasn't). Reported it in Discord, and the post shows up on my profile page on LF and Hive, but nobody's seeing it. I'm confident the issues will get ironed out eventually, but this seems to be a regular occurrance.

Do you have the link to it?

I hear what you're saying and I agree. But until something is done about the reliability of the LeoFinance website, there will be continual problems such as the one I faced this morning.

Your not wrong on this point at the moment but i would say that the team is pushing out a lot of developments and fast which is causing these issues.

When they have a chance to pause and let things settle we will see a lot better performance from the site.

It will be months rather than days but worth it in the long run.

I guess that graph tells the story. Irrespective of the fact that Leofinance is still a young website but the performance lately has been very impressive (thanks to the remarkable steps taken by Khaleelkazi and his team in making this happen).

It has seen huge growth in a short period of time.

We have to remember that this is still a beta site really as they are constantly adding features and have a much bigger roadmap.

All the while we keep filling it with content and backlinks to help it rate higher on the search engines.

It's a process but definitely moving in the right direction.

And btw I love that shot.
The place look calm.

Thats so true! Hopefully the user will take your advice and join up! The whole webdomain, hosting, Wordpress thing is just a money maker for those peddling these services. Content creators need to just mainly focus on making content.

Wordpress is great if you know what your doing and want to build a proper website with content and merchandise.

If you just want to write a few articles and build a following then leo is so much better.

It would take a long time to make wordpress profitable but only takes effort to start earning here.

Another angle could be to promote LeoFinance as an alternative to Medium.

For people/businesses that simply want a plug and play blogging solution without the hassle of domains, hosting etc.

The ready made community on Leo is not as big as on Medium, but it's easier to make money and easier to build consistently engaged readers.

Trying to show people and businesses the benifit to using leo as a means to release information ahead of medium or other sources.

A ready made web3 community that you can reach in minutes of signing up.

We are still small but will convince people one y one for the moment until we reach a bigger market.

I spent a lot of time going that route back in 2009 to 2014 when that is what you needed to do. In fact, I found steemit as a way to get links to one of my blogs to help it rank. It's pretty amazing that hive exists and allows us to earn. I don't think I could ever just start a blog on it's own domain again lol

We have seen the light.

I've done the wordpress.
Tried fiverr.
Tried other sites but nothing comes close to hive for content creation.

It took a couple of years to get established but that is the same on any platform.

The benefit here is that no money was needed, just time to build up a profile. And it was much harder in STEEM. If i joined leo today it would all be a lot easier than four years ago.

You're right about all of what you've said. It is certainly easier now, especially if you reach some sort of tipping point where your vote becomes meaningfull. I'm still trying to get there.

I think you need to go back to that person and tell them to just give it up.

If you've got no idea what you want to write about first of all I'd say blogging is a non starter - at least if you want to have a fun and authentic experience - blogging just for the money would be a grind.

I think that it can be hard to get started.

I was the same when i joined steem back in the day.

Trying to find my space and get some attention at the same time.

Over time i learned a lot and realized that trying to blog just for the money wouldn't work so decided to learn more about crypto and get involved with the community instead.

It pays of if you have along term plan and do the right things.

No more than yourself or a lot of others we do want to earn from our activities but it came with time and experience.

Totally agree on that one.

This works better and is so much more fun as well. Always better to be part of the community rather than trying to build separately for the same goal.

You won't go from zero to millionaire overnight

Thats the bit people have to realise and I remember those early posts where I got €0.01 for the first post that I thought was good reading, but failed to understand that I was effectively invisible in those early days until I engaged and got to know people and gain followers.