I Can't Believe My H-eye-ves! 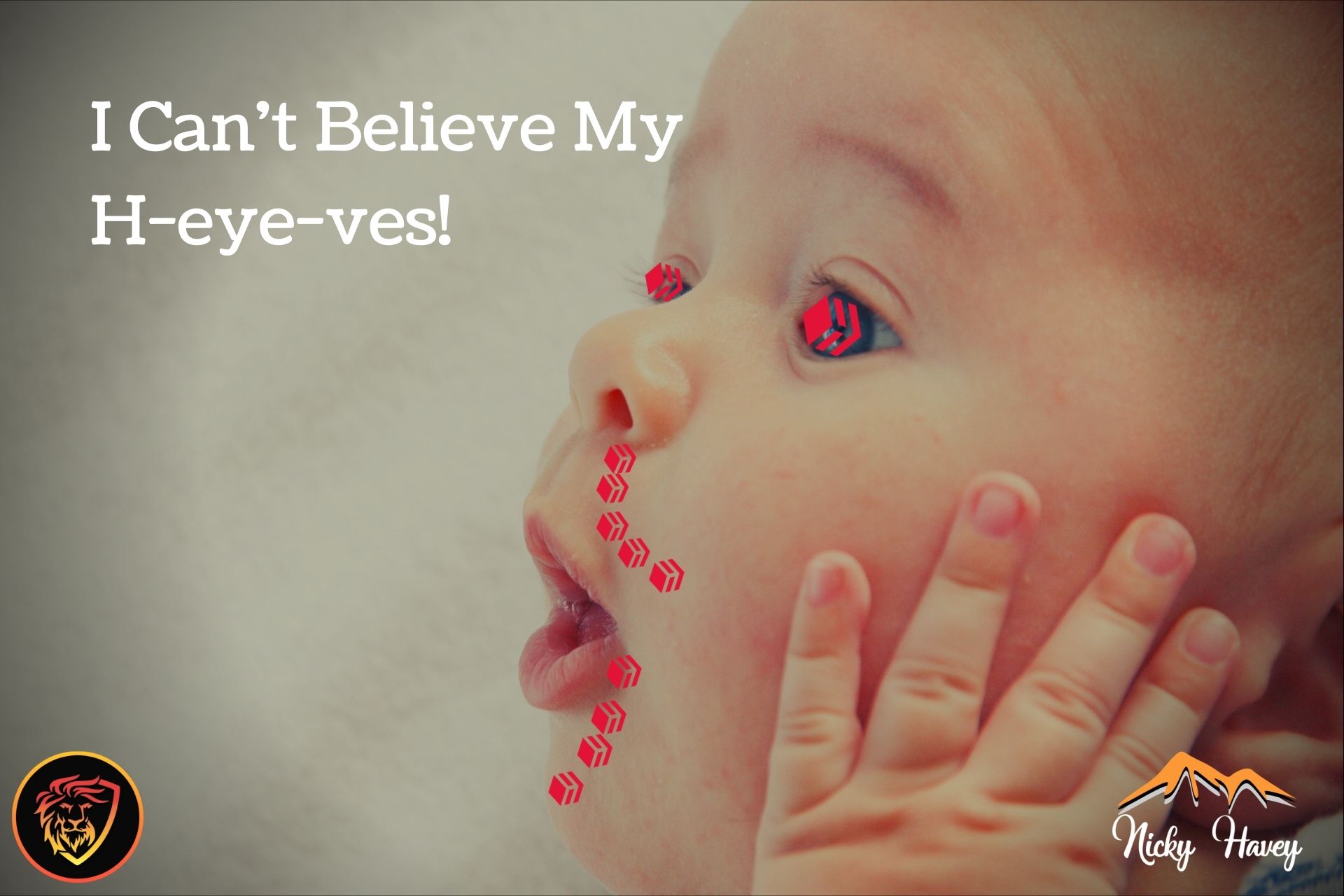 Well well well, what have we got here? I glance down at blockfolio as I'm impatiently waiting for the end of the day job to hit and Hive shot up 90% in the space of the last 24 hours at one point as it moved up to 40 cents (about 850 sats)! I was literally dribbling like the Hive Baby in the cover photo! At time of writing the price has fallen a little bit to 35 cents (740 sats) but a pretty good feeling for everyone who bought their HIVE and enjoyed some bargain basement prices over the last few months! So what happened? Who decided to unleash the spending and send the price skyward? Jury is still out but I've been watching a lot of videos from @brofund recently called the "Crypto Salad", which may well give some clues but nothing definitive. There was a great interview recently between @raymondspeaks, @taskmaster4450le and @theycallmedan where they talked about the investor mindset, why there will be a "liquidity crisis" (where there simply isn't enough HIVE to go around to be bought off the markets) and the 3Speak project.

If you've been watching any of the Michael Saylor's Bitcoin Corporate Conference videos twinned with Dan's videos, you'll have picked up that it's highly likely the big dogs won't be seriously looking at any crypto project unless it reaches a certain threshold of market cap (about $1 billion) - this is what was highlighted in that Crypto Salad interview mentioned above.

What I was intrigued about was the Liquidity Crisis that was mentioned in this video as when you understand what HIVE Power does, it will make you think a little more about its importance. I've been around here nearly 3 years and I remember when the concept of Resource Credits (RC) were introduced. My account was effectively rendered useless when this was rolled out, along with many others, as we didn't have enough bandwidth (RC) in our accounts to interact on Hive powered apps. The only way around it was to either buy more Hive Power or phone a friend for help and they'd delegate to you!

With all these dapps being built and as more accounts are looking to be onboarded through them, these dapps are going to be needing more RC to help their newly onboarded accounts interact on their dapp. Otherwise people won't be able to interact, get frustrated and have a bad experience. The only way to get more RC? More Hive Power. And this requires more HIVE.

As more dapps like 3Speak, LeoFinance, CTP, Natural Medicine, Splinterlands and others start to branch out, they are all going to need more RCs to give accounts a seamless experience. More HIVE needs to be bought and so this drives up demand and increases the price. Right now, I wouldn't say there is too much of a problem as there's still 100s of millions of HIVE on exchanges but if we continually see events like today with "a shit tonne" of HIVE being bought and not just for these HIVE-powered dapps then who knows? Maybe that supply of HIVE could run out one day but that will be for you to make your mind up about!

Personally, it makes sense for HIVE to be advertised to developers/dapp builders who want to build something for a specific audience like the ones I've mentioned as this is where the demand for RCs/HIVE will be. The way the second layer tokens work such as LEO, CTP, LOTUS, SPORTS, PAL, NEOXIAN etc will be determined by whoever set those communities/tokens up but there are so many ways to earn with HIVE and related tokens these days on top of posting, commenting or curating that it will make you dizzy!

Anyway, I'd highly recommend you tune in to the Crypto Salad series and do some exploring, you might learn some pretty cool things!

Is anyone else frothing out the mouth with the excitement of today's price action? Is it a flash in the pan or sign of things to come? Do you think there will be a liquidity crisis in the future? Let me know your thoughts in the comments below!

I'm not a financial advisor and this isn't financial advice. Always do your own research and speak to a professional if you're unsure about how to spend your money

Yes, it was a beautiful thing to witness today ... and consider that Hive is still not yet truly discovered... I think we can safely imagine the best is yet to be...

3Speak, LeoFinance, CTP, Natural Medicine, Splinterlands are only the beginning before we see 100's of dApps & communities in the coming years.

It really is unchartered territory we're moving in to but those 5 communities/dapps are certainly paving the way and demonstrating the potential that I don't think even most people that hang out on the chain would have considered!

2021 is a big year all round, definitely feels different vs the last mega-bull hey?!

I thought this pump was just the usual bot stuff. We were moving with our third cousin Steem

Ah I don't know what's happening with the STEEM price these days, wasn't too involved once I switched over to HIVE and took my funds out. You probably know more about that than I do!

It was definitely a sight to see this morning when the estimated value of my account topped a milestone I have been watching for a while. Sadly it has dropped back down now, but I have no doubt it will be there again and well past that goal.

Yeah man, it's going to be a very interesting year although it has been pretty massive already! Let's hope for new milestones!

I listened to that podcast you mentioned with raymondspeaks, taskmaster4450le and theycallmedan. It opened my eyes to how the demand for hive will sky rocket in the event of many dapps migrating to hive for its feeless features.

The price rise was nice as well. That happened today, and I listened to the podcast last night... it makes me wonder if my millionaire split personality woke up in the middle of the night and put some laddered orders in ;-)

Yeah it's worth tuning in to those Crypto Salads. Khal of Leo Finance will be on the next one and Jon Golson of CTP will be on the one after so plenty of good info coming in those!

Hahaha, so you're the phantom buyer! Subconsciously being infiltrated by crypto podcasts!!

Im powering up till my eyes bleed haha. Too bullish?

Haha so bullish it's bloodish 😂 we're in for a very exciting year all around in crypto! Powered up HIVE will get you some nice bonuses with all the 3speak airdrops coming

When is the airdrop?

I'm not 100% sure about the 3speak airdrop, the next couple of months are most likely. If you have Leo it will be worth staking it as well as they're announcing an airdrop very soon (couple of weeks)