@nickyhavey 74
over 1 year ago
Proof of Brain 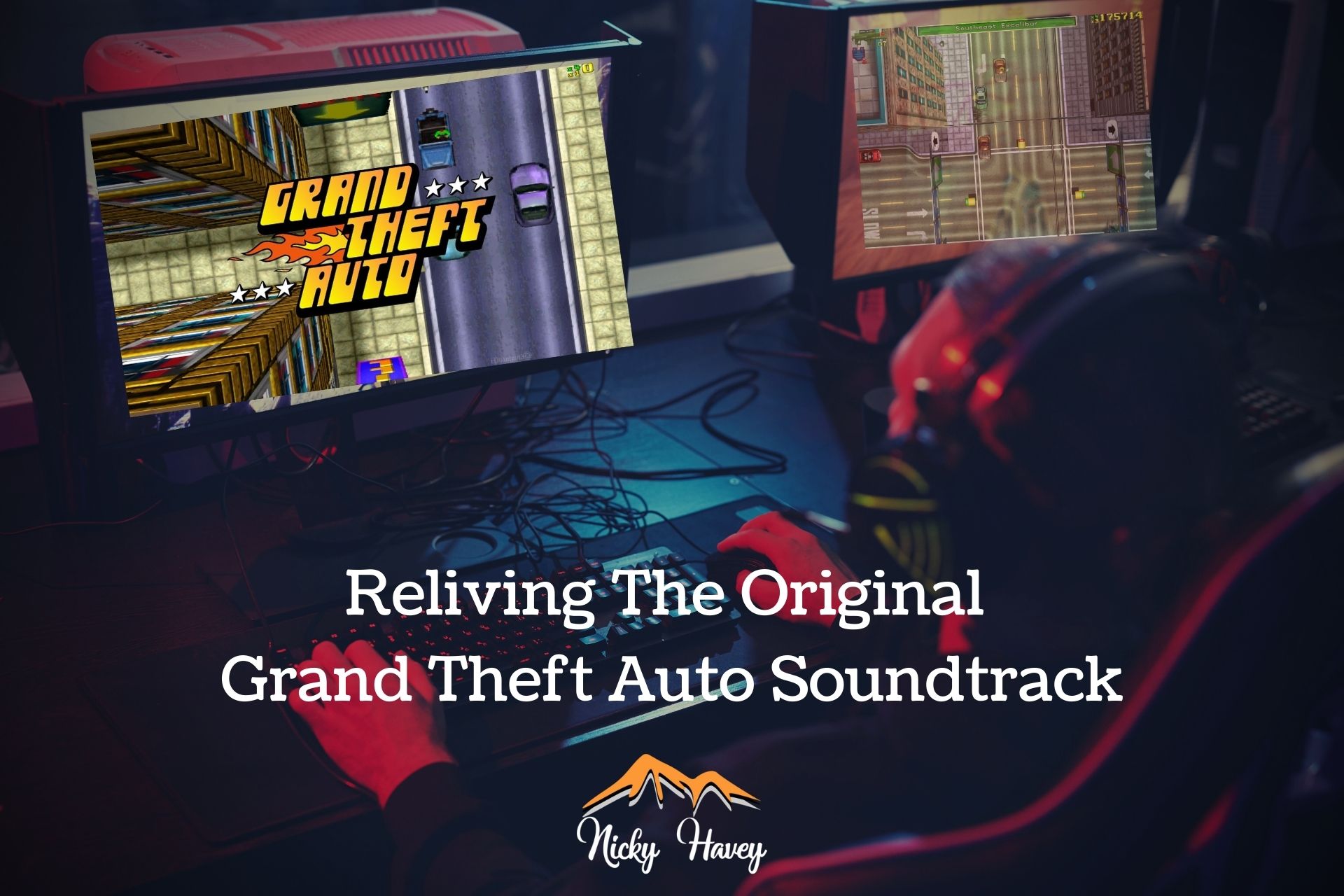 There have been some amazing soundtracks in games over the years. I'd go as far to say they are as vital to the game as the graphics, storyline and gameplay itself, especially if you hear the soundtrack that takes you back to that moment in time, perhaps a childhood gameplay fest and then nostalgia kicks in! I shared a track from GTA 3 the other day and as I was replying to comments, it made me go back even further in time to my first GTA experience - I'm talking about the original Grand Theft Auto from Rockstar Games and the soundtrack that accompanied this absolute gem!

I first started playing this in the late 1990s when I bought the CD from a guy at school for £10. Back then, that was a lot of money and had to save up some bus money to pay for it but I found a way (I had to walk to school for a few days lol)! The game was brilliant and the music was next level - considering the whole soundtrack was meant to be a parady of various music stations and tunes they were playing, I actually think these were pure fire haha! So here's the whole soundtrack for you to enjoy, courtesy of Asphalt & Trouble's Channel :

Taken from the YouTube track description, here's the track list and I'll give a little commentary of my thoughts as they play back:

00:00 Slumpussy - Gangster Friday
I remember this being the tune to the opening menu before you got in to the game itself and select your character (and enter some cheats if you were struggling or just wanted to cause complete chaos lol), anyone remember PORKCHARSUI? :D Not sure where the samples are from but cool beats anyway!

02:17 Da Shootaz - Joyride
Absolute iconic tune of GTA - this gets the blood pumping and I'd say is probably the theme of the game itself! "Don't f**k with me!"

04:53 Slumpussy - This Life
This groovy bassline rap track sounded like the main chorus was sung by slurred drunkard but I loved it and found myself singing along to it - pretty catchy! What I like are the little fillers in between the tunes like you get on real stations, the one here made me laugh - "now then, that is a totally new yet authentic recording. Fantastic!" Haha!

07:29 CCC feat. Robert DeNegro - Blow Your Console
The final track of this gangster rap style section reminds me a little of Public Enemy or that rap track that gets cited often with the saxophone sample (but can't remember what it is at the moment)! Heavy!

Things get a little bit funky in this section and I tended to skip over this when I heard on the radio. The tunes were good, summery and lively but not my cup of tea!

This section seems to be the more "pop" side of the soundtrack where you had a few tunes with that synth pop, indie rock feel to them. I do enjoy Complications though, that guitar melody and the cowbell does it for me! I also like the chart show countdown just before Complications plays, you'll have to find it so you can see which track makes it to number one! It's probably been the longest standing number 1 in history seeing as the charts never change haha!

Boom!! Then we get to the dance music section of the CD and I think I literally burned a hole in this part of the disc! Definitely looped back and forth in these tracks, I was just all over it back in the day! DSP launches straight in and gets the rave vibes going - "You make me feel so groovy". Then we enter a little mix section with Ride mixing in to Lagerstar - definitely for the sports cars of the game - love the cheesiness of Lagerstars here, Ride is a beast too!

Couple of rock tunes coming in here with some air guitar - I quite like "Let It Out" if I'm being honest though, annoyingly catchy but hey, nothing to be ashamed of haha! Then for something a little heavier there's an almost drum and bass track but is some hybrid rock dance with Just Do It. I have no idea what the guy is saying but it sounds great!

LOL then out of nowhere comes a country track for all the pick-up trucks that you'd "pinch" in the game - I'd skip right through this but there is an epic line in there "men found their women scary because they were so big and hairy" HAHA!

Saving the best till last with this trilogy of fast paced dance/rave tunes here, purely for the underground and I love the way these mix together from Benzoate to E104. I'd say E104 is probably my favourite in this lot. If this tune got played at a rave, I'd be losing myself on the dancefloor when that lady says "now just go for it"! The way it ends as well with the dnb breaks... beautiful! Then the final tune of Figiwhiz is all about the hard trance breaks and beats here, very nice way to round off the whole music experience of GTA!

I hope you enjoyed this little trip down memory lane! For me, I just had to get this out in a blog as I've been replaying the whole collection through ever since I posted Aquasky's Spectre. Who knew that a soundtrack from 1997 would still be played by many in 2021 - fantastic work by the Rockstar team!

Did any of you play GTA the original? Which were your favourite tunes from this iconic game? Let me know in the comments below!

Such a tight soundtrack, their curators have seriously got it down across all the releases! Would actually like to know who picked what for what, I remember one of my all time favourite memories was when Flying Lotus got his own radio on GTA 5, made my whole year as a fan boy 😍

I know mate, love this soundtrack! I was trying to figure out if the tunes were especially made by Rockstar Games or they were actual released tunes. The quick searches I did showed those tunes were only in the game. In which case, even more respect to the creators!

I think in the newer GTA games, the tunes were well known or already released on labels and they got some deals going with producers. Love that Flying Lotus made it in GTA, legend!

Damn I did think so :/ Mad respect to them though! I agree definitely think now-a-days its a label melting pot but some of ones on fyloFM were independent label records so I hope it is just up to the curator! (imagine having one of your tracks cemented for life on GTA lol)

Ah man, I am going to have submit a few unreleased tracks out to GTA now for their next release or some other game. Damn, that would be immense!