FUD: THE BEAR IS HERE…

@nonsowrites 75
about 2 months ago
LeoFinance 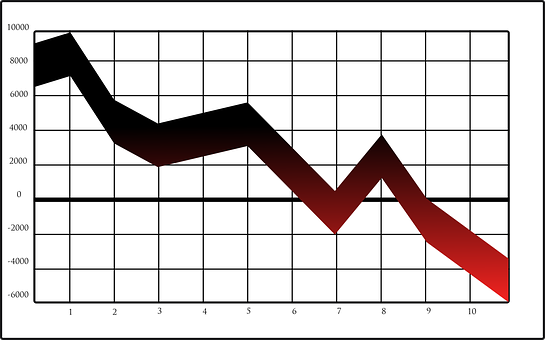 It is only going to get worse before it gets better.

I think around this time last year the crypto market was valued at about 2 trillion dollars. The last time I checked it was 1.4 trillion. A lot of positions have been liquidated. Meme coin holders and NFT holders are shitting their pants right now. The worst is yet to come.

I am officially bearish. I think the next few months are going to be extremely painful to watch. Millionaires turn into thousandaires; projects (good and bad) go down to zero; people lose their shit and sell; people complain about how they could have done better with their money.

The bull run did change my life and gave me an opportunity which I took with both hands. As I have said in the past, I have lost nothing and I will lose nothing. It is impossible to lose from where I stand. I knew this day would come, although faster than I thought, I knew it would, and I am grateful for all the decisions I made.

WORKING TOWARDS THE NEXT BULL MARKET

Now, don't get it twisted, I knew the bear market would come but I wasn't 100% prepared for it. It is going to hurt me as much as it hurts every other person. The only difference is that I have other things to fall back on top of while the market plummets and recovers over the years.

HOW TO SURVIVE A BEAR MARKET?

The first step would be to readjust all your plans and expectation. I wrote last week that I had an epiphany. I knew I could not keep riding the crypto wave and it is more apparent now. Thankfully, I took the necessary steps. It is not the easiest but it will ensure that I am able to maintain my lifestyle and plan for the next bull market.

Might be the time to take that extra job, especially if you fall under the category of persons who are 100% in on crypto. There is no shame in going to a job if they are willing to accept you or find a new one. Understand that this is a temporary setback and you will have your shot again.

For those who were prepared for the inevitable crash, congratulations! You can double your position when things actually hit the bottom ( I think we weren’t there yet), and watch the magic happen in the next few years.

WHAT’S THE NARRATIVE FOR THE FUTURE.

For the next bull run to happen there must be a new narrative. Leading to the previous bull run we had the DeFi narrative; the big tech figurehead spurring the decentralisation narrative; we had NFTs and meme coins, and the bitcoin narratives, most of which people will stop believing in when the bear market peaks.

Bitcoin being the hedge against inflation isn’t going to cut it for a lot of people who have lost money during the bear market; NFTs and most DeFi projects will lose their charm (as they have lost a lot of people’s monies). Something new and fresh must happen to get people to believe again. What would that be? I don't know.

That will be all for today guys. Cheers!

In my opinion I see bitcoin to pump before the $28,000 weekly support. I believe bitcoin will pump anytome soon and other cryptocurrencies will follow suit.

Might be the time to take that extra job, especially if you fall under the category of persons who are 100% in on crypto.

This is a really good advice. Sometimes, people get carried away but the favourable times in the crypto market until they're brought back to reality by a loss.