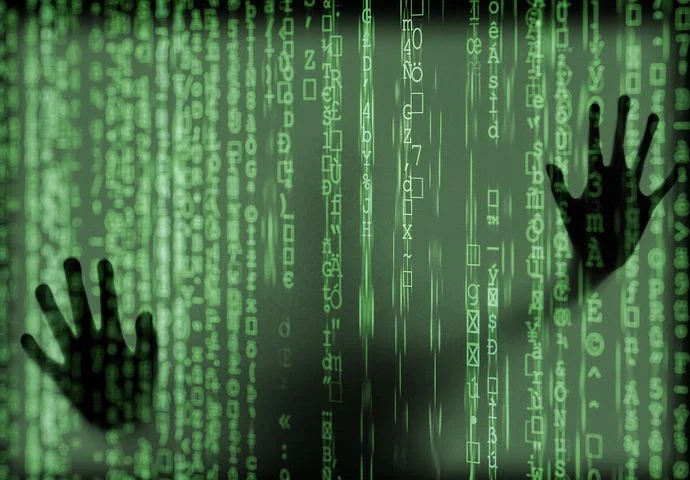 I decided this evening to do quick research on the Energy Charter Treaty and its negative impact on African country which led me down a rabbit hole. I found myself going through hundreds of comments on a YouTube video, The Big Lie About Renewable Energy. It was more than I expected.

The video captured how big oil companies are manipulating the media, discouraging the development of renewable energy. The narrative of the vloggers made a lot of sense, well, until I decided to check the comment section for other people's opinions on the matter.

I would sum the last 30 minutes (or more) of reading through threads of comments into one word: exhausting. The comment section was nothing short of an intellectual warfare. It left me feeling a lot dumber and more confused because I could not come to a logical conclusion after all I had read.

What I was able to deduce from the arguments and counterarguments was that fossil fuel is certainly not the energy for the future (because it is heating up our planet), and there are still questions about renewable energy as it is still very much in its infancy.

The other option, which many of the commenters suggested, was nuclear energy. However, there are contrary views on the use of nuclear energy to power the world, with sound arguments to back it up (based on understanding).

There was an argument about nuclear waste. Also, a few argued that uranium would not be able to power the planet for more than 300 years. While others talked about the limitations of fission reactors.

There are so many claims I cannot verify. I do not have a background in chemistry or physics, thus, I have to rely on the knowledge of perceived experts of which in this case varied.

The other option was to do deeper research myself. That would take a lot of time I don't have. Plus, I am not curious enough about the subject enough to pursue it. So I am left confused.

SO MUCH INFORMATION; SO MUCH CONFUSION.

It becomes increasingly difficult for the average person to make an informed decision about matters ranging from politics, economics and science because of the amount of data out there.

Even many critics are of the opinion that the government does not know how to aggregate this data for better use (well except for profit). There is so much to decipher and we can only bank on machines to do the work for us.

Artificial intelligence isn't without its own bias as they rely on human codes to function. I read a couple of weeks ago about how the TikTok algorithm would filter away content from people who were perceived to be poor based on certain metrics. This is a simple example of how AIs are further the human bias (much more accurately).

How does the 21-century man navigate a world of increasing information and data? In my opinion, curating data will have more value in the future than even creating it because many will need to make sense of it all. My name is Chinonso Ekpemandu. I am a digital nomad. I create opinion pieces and share my life's journey on a decentralized platform called hive, whilst exploring the digital landscape for opportunities.

The more you know, the less you know. Yeah, it's hard to get to the truth because most likely, the truth is locked away. We're being manipulated in every way possible to feel less like human beings and more like clogs in the machine.

What if the wireless energy experiments by Nikola Tesla were the real future? What if they didn't come true just because there was less money in it? There are always more questions than answers but if we're talking about the planet, it will always adapt. Humans? Yes, we're fucked but the planet will be fine long after we're gone.

I've gone long here. Thanks for the morning read and have an awsome day!

The more you know, the less you know. Yeah, it's hard to get to the truth because most likely, the truth is locked away. We're being manipulated in every way possible to feel less like human beings and more like clogs in the machine.

It is one of the sad realities of this world and even sadder when you realize that most people would rather be brainwashed than accept the truth or even the semblance of it.

Humans? Yes, we're fucked but the planet will be fine long after we're gone.

We probably have overstayed our welcome. I just hope we figure things out before it is too late

I've gone long here. Thanks for the morning read and have an awsome day!

thank you very much, I appreciate your time. Cheers!

There is a sea of useless and fraudulent information. It takes more than common sense to weed through it. The real influencers of the future may be a descerning group of curators.

The real influencers of the future may be a descerning group of curators.

I strongly believe I this. People are in search of the truth and will lean towards anyone who has a semblance of it

A lot of people seem to stand on the side of conviction and passion... and somehow forget about the truth.

He should have known.

It would take a lot to actually be able to separate real information and data from fake and I think even people who might curate in the future might have a little bit of bias in some cases.

We all have our biases, unfortunately. Would we ever be able to overcome that in the future? I doubt it because it is one of the things that make our species unique. Hopefully, it can be used in a more constructive way to further the course of humanity.

Hopefully, but I doubt it.

In my opinion, curating data will have more value in the future than even creating it

This is actually very true because I know a lot of people who make money just by selling information they got for free online and though their buyers know that the information they are buying was gotten online, they still pay because they know they can’t arrange those informations on their own when they go online thus wasting the time they don’t have.

Yeah like I said, content/data curators will lead the park in the future. They are much needed in a world of growing data. People need fast and more efficient ways to process the information around them, so anyone it thing that can do this will certainly gain.

It's very difficult to separate fact from crap emotional theories. It's nearly impossible to say that, for instance, uranium deposits will run out in 300 years, because an estimate like that is based upon current technology. Also, uranium isn't the only fuel that would allow for fission. Thorium is an excellent alternative.

One reason Thorium doesn't dominate the nuclear industry is simple business strategy and capitalism. During WWII the United States spent a vast fortune on the development of technologies to process uranium into weapon-capable platform. Following WWII, while technologies were shifting to power production the Thorium concept came into fruition.

However, because an infrastructure for Uranium already existed, thorium was already pushed off to the side. The industry hasn't had the opportunity to conduct large-scale testing of thorium reactors since then, but also because of fears caused by Chernobyl, Three Mile Island, and now Fukushima.

Thorium is cleaner and easier to manage in terms of energy and waste. The fuel supply is also much greater. Let's hope the nuclear industry can get with the program.

Say, I've always been curious about your contact and support section. Does that stuff work?

Very interesting. As i mentioned, i do not have the interest in pursuing this curiosity about energy deeply, and i can say the same for many people who just take what they see online at its face value. Even now i am willing to take what you have told me as fact, without even cross-checking because we have an existing relationship. Is this the right way to go? I don't know. At the end of the day, we are social beings and rely on our existing relationships to navigate the world and we are incapable of knowing everything, so trust plays an important role in how we shape our reality.

Say, I've always been curious about your contact and support section. Does that stuff work?

Yeah, those are my social handles and personal wallet addresses.

Thanks for the info. It's hard to trust, certainly. IN the case of power production, I've been working in it for decades now. It would be easier for me to sift through the data than others. I can't say that for information about other topics though. I'll have the same problems as anyone else.