November 3th, Market participants take a wait and see position before the meeting of the US Federal Reserve 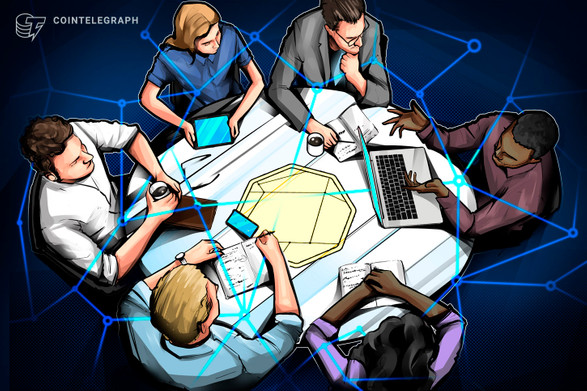 On Tuesday, November 2, trading at the euro rate ended in decline. The EUR/USD pair dropped 0.23% to 1.1579. Investor sentiment in the foreign exchange market deteriorated in trading in Asia after the publication of the RBA's monetary policy decision, which showed a dovish sentiment. Stock indices traded slightly in the red.

The fall in the Aussie and the New Zealander strengthened the demand for safe currencies (franc, yen and dollar). In the American session, the euro fell to 1.1575. The euro was supported by pound sales during the day due to fishing demand between France and the UK.

At the time of writing this review, major currencies are trading in positive territory. Currency pairs are correcting after yesterday's drop. Market participants take a wait-and-see attitude before the US Federal Reserve meeting and George Powell's speech.

Experts expect a $ 10-15 billion cut in the bond purchase program. These values have already been taken into account in prices, so you need to be prepared for the market's backlash (weakening of the dollar) to the regulator's decision to start phasing out the QE program. 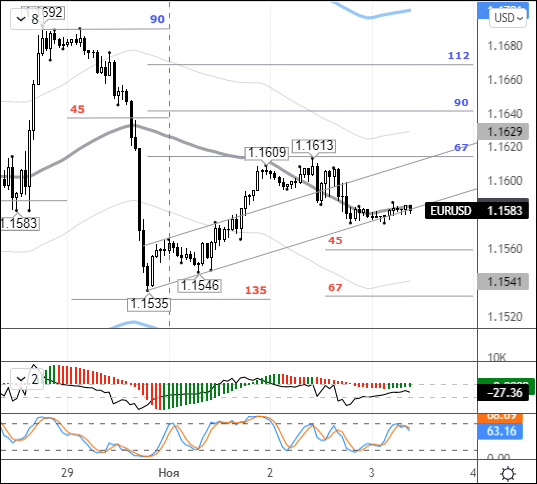 The EUR/USD pair dropped from 1.1613 to 1.1575. The price for fourteen hours is consolidating in a narrow range of 1.1575-1.1590. The cross is decreasing, so there are risks of going down to the level of 1.1563. Since an important event is scheduled for Wednesday, we expect low activity on the market and price fluctuations in a limited range until 21:00 (GMT +3). During J. Powell's speech, the movement can reach 100 points.

Summary: on Tuesday, the euro closed down. The price was correcting against the background of the general strengthening of the dollar and risk aversion. Now market participants are taking a wait and see attitude before the US Federal Reserve meeting and John Powell's speech. Volatility spike is expected after 21 (GMT +3)