October 14th, There is a reversal in the euro 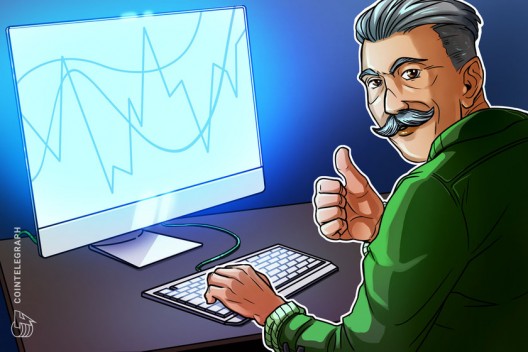 On Wednesday, October 13, following the trading results, the euro rose in price against the US dollar by 0.54%, to 1.1593. The strengthening of the euro began in the Asian session. The growth of quotations was facilitated by the news from the United States that the House of Representatives approved a bill on a temporary increase in the US government debt limit by $ 480 billion.

Then volatility increased after the publication of data on the US labor market. EUR / USD hit a fresh daily high at 1.1567 but came under pressure from September CPI data.

The general index accelerated in September to 5.4% y / y against 5.3% in August (the forecast was 5.3%). Since the report was released before the US Federal Reserve Protocol, the first reaction of traders to it was buying the dollar and a slight increase in the yield on 10-year US Treasury bonds. It took about an hour as the market abruptly changed direction.

The yield on 10-year US Treasuries fell 1.526%. Gold has benefited from the fall in yields, climbing to $ 1,796. The euro recovered to 1.1593 and continued to rise after the publication of the US Federal Reserve Protocol.

Minutes of the September meeting of the Federal Open Markets Committee, released Wednesday afternoon, indicated that the central bank could begin scrapping its asset-buying program as early as mid-November. The pace of asset purchases is expected to decline by $ 10 billion monthly for Treasury bonds and $ 5 billion in the case of agency-backed mortgage-backed securities.

In Asia, major currencies are trading in positive territory. The first two lines are occupied by the New Zealander and Australian. Their growth indicates a continuing appetite for risk.

AUDUSD gains were undermined by mixed data on employment in the country. The number of employed people fell by 138 thousand in September. This happened against the background of a decrease by 146.3 thousand in the previous month and was accompanied by a moderate increase in the unemployment rate to 4.6% from 4.5% recorded in August.

Demand for the Briton is higher than for the euro. It is because of the decline in the euro-pound cross pair that the strengthening of the euro with the dollar is being held back.

The EU has published its plan to reduce post-Brexit checks on goods, which is positive news for the Briton. Northern Ireland has a special Brexit deal that keeps it in the EU's single market for goods and allows free trade with the EU. Plus, an earlier rate hike by the Bank of England is expected.

Now market participants are awaiting a new piece of statistics from the US: producer price index (PPI) and weekly data on initial jobless claims. Richmond Fed President Thomas Barkin and Open Markets Committee member D. Williams will deliver speeches at 20:00. The boobies were in favor of reducing the QE. 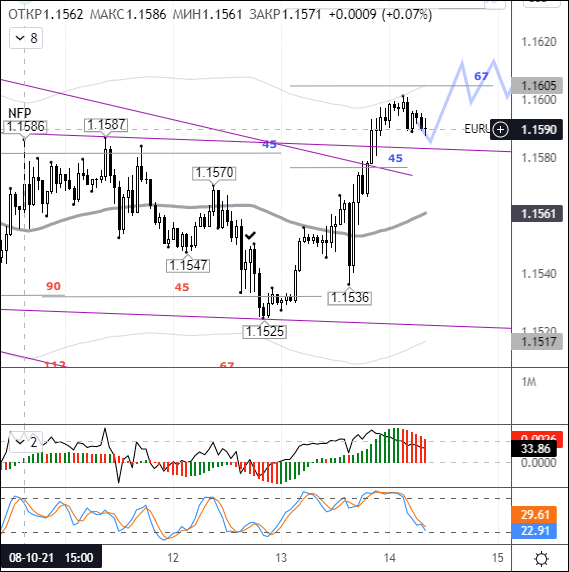 The EUR/USD pair has returned to the 1.1600 level. Buyers passed the resistance zone 1.1577-1.1585. The road is now open for them to 1.1640 (October 4 maximum). A further decline in the yield on 10-year bonds and a correction of the dollar index are necessary for the steady growth. The obstacle is created by the EUR/GBP cross, which is under pressure due to positive statistics on the UK and Brexit news. Closing the hourly candle below 1.1580 will bring bearish sentiment back to the market.

For UST10, the nearest target is 1.50%. The rise in the price of long-term bonds is more associated with an increase in the US government debt ceiling. To reverse the situation in the debt market, UST10 yields need to consolidate below 1.45% per annum.

Futures on the dollar index is trading near the support of 94 p.If European participants strengthen the selling of the dollar, then the fall will accelerate to 93.70 p.

Summary: on Wednesday, the euro closed with growth. The dollar fell across the market amid a decline in the yield on 10-year US government bonds. The yield on short-term bonds rose, while long-term bonds fell. The US Federal Reserve plans to cut qen by $ 15 billion. The scales began to tilt towards the euro. The correction of the dollar index may drag on until the fomc meeting (November 2-3). If the UST10 yield continues to decline, we can consider the level of 1.1640 as a target.