Hello friends of this excellent community, again and as always is an infinite pleasure to share with you a new publication, thanking God our heavenly father for all the tools he puts in our hands to develop this activity, and thank you for taking the time to read, suggest, comment, and support me with your votes in my previous publications, thanks to you and HIVE I have been able to solve some situations, I hope this post is not the exception and we can continue interacting and growing. 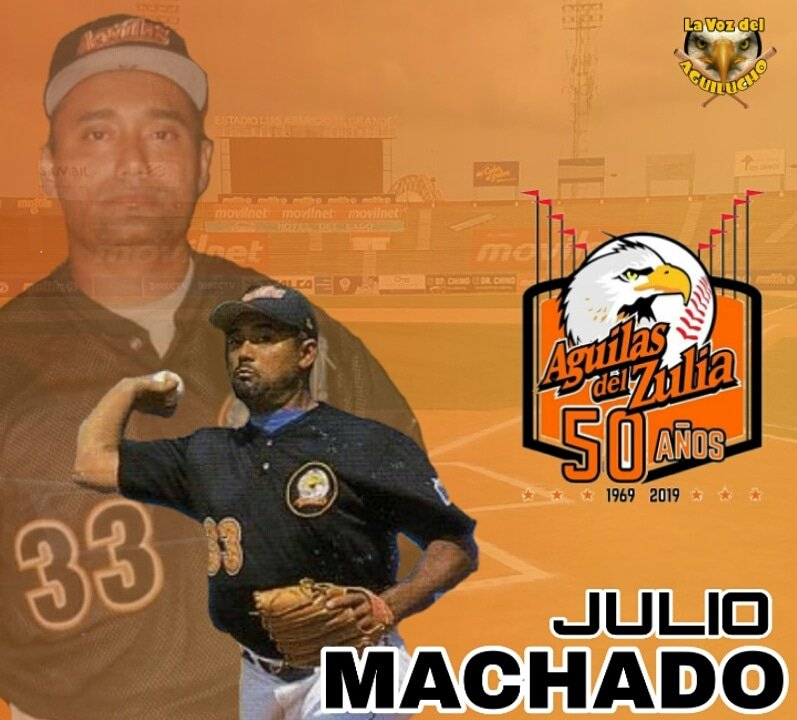 In this opportunity I want to make a small analysis or criticism of these good Venezuelan athletes, who after becoming stars and taste the sweetness of glory at the top of the summit; they collapsed and stopped shining, and not because of their low performance or because they were no longer useful to their discipline, only that with their bad actions, conduct and behavior they ended their careers.

Julio Machado, a stellar pitcher who made his debut at the age of 19 in 1984 with the Águilas del Zulia, was profiled within the baseball and MLB as a star, he won in the 89-90 season the award given by the league to the best closer of the campaign, in 1989 he debuted in the big top with the New York Mets, as a promise, He went on to become a great reliever, then went to the Milwaukee Brewers in 1991, but upon his return to Venezuela to play in the winter league, he committed a crime, after being involved in a traffic accident in which there was only material damage, he got into an argument with a woman involved in the accident; The "Iguana Man", as he is known, pulled out a firearm and shot the woman, taking her life; His trial was delayed for several years until 1996 when he was sentenced to 12 years in prison, he never returned to play in the big leagues after his release, he lasted a few years in prison, he returned to Venezuelan baseball but was singled out by many fans as a murderer, those golden years were behind him, the affection of the people was not the same and his dominance on the mound lost its solidity. 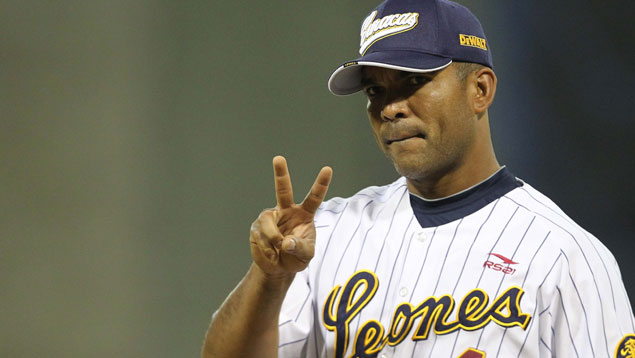 "The Hurricane" Ugueth Urbina, debuted with the Montreal Expos in 1995, was leader in saves of the National League in 1999, was World Series champion with the Florida Marlins in 2003, also saw action with Philadelphia, Boston, Texas and Detroit, in total saved 237 games in eleven campaigns, while in Venezuela was always at the service of the Leones del Caracas where he was the idol of the Caracas fans and the villain in the eyes of the fans of the rest of the teams.

Urbina through the TV screens and in the stadium itself we saw him with that impulsive character especially when he celebrated a punch, he was always involved in controversies, problems for aggressive behavior and illegal possession of weapons, in 2004 the baseball player's mother had been kidnapped by a group of criminals who later returned her alive, it is not known if there was a pact with the kidnappers, A year later the idol collapsed after being accused of attempted murder, after spraying with thinner and gasoline and setting fire to 7 of his employees in a farm of his property, the case reached the hands of justice Urbina was arrested and charged in 2005, then sentenced to 14 years for wounding and burning these people paid half of his sentence in the General Penitentiary of Venezuela from where he was released for good behavior in 2012.

The stellar pitcher, remembered for causing one of the most famous tanganas in a Venezuelan baseball final in 1998, lost the credibility of those who saw him as an idol and was seen as a bad example for children and young people who were growing up or are growing up in baseball, nobody wanted to be like that star who shone in the 2003 World Series with the Marlins.

After his release, he made it his goal to continue his career but never returned to a major league field as a player; In Venezuela he returned to the playing fields with the Melenudos looking for a second wind that would take him back to the top, but he no longer had the effect of that dominant straight line, his qualities as a pitcher were lost in what could have been his best years in the United States, because of his mistake the prison witnessed the debacle of one of the best Venezuelan closers, at the age of 40 he retired from baseball and began to work as a coach and collaborator in minor leagues, part of his time is spent supporting sports in the communities.

The ex-ballplayer took advantage of the money he earned to invest it in the creation of several foundations, despite not being active as a player and having lost his shine he continued to be news, in 2015 he declared himself a friend of politicians such as Diosdado Cabello and Nicolas Maduro president of the republic, he also had a sentimental relationship with Venezuelan actress and model Daniela Navarro from whom a girl was born in 2017, in April 2021 "EL HURACAN" returned to the news spotlight after the separation between him and his partner was known. 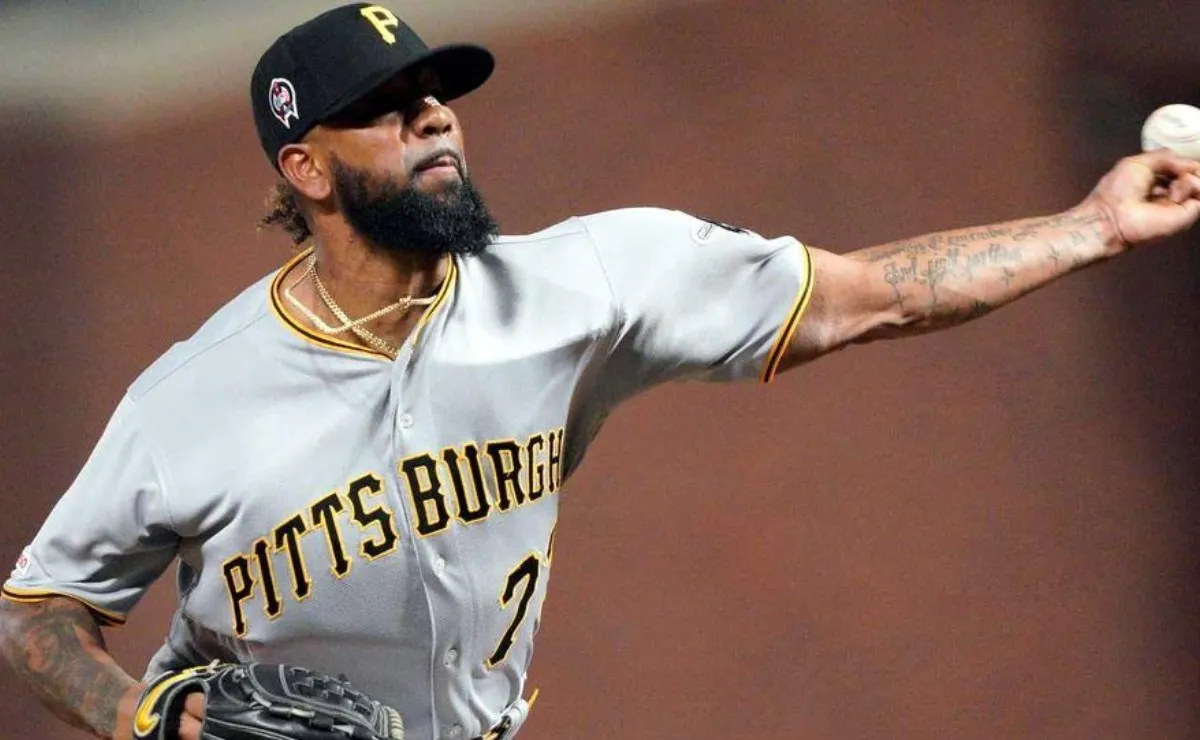 Another pitcher who was profiled as one of the great Venezuelan closers is currently behind bars in a prison in the United States, Felipe Vazquez who debuted in the big top in 2015 with the Washington Nationals, in July 2016, Vazquez was traded to the Pittsburgh Pirates where he became the club's closer after saving 21 in 2017, he was selected twice to the all-star game by the national league, in his rookie days in the minors with the Rays he participated in the 2012 Future All-Star Game.

With the Pittsburgh Pirates he was profiled as a long-term reference, with a huge potential within the organization, already in 2019 the problems of this player began, he fought in the team's clubhouse with his own teammate Kyle Crick who as a result of this incident fractured a finger that had to undergo surgery.

Felipe Javier Rivero was his birth name, but in 2018, he changed his last name from Rivero to Vazquez, something that in my opinion was an act lacking responsibility with his own life, because as a person one should have a sense of belonging, it seemed to me at that time that the baseball player lacked self-esteem and self-identity.

On September 17, 2019, Vazquez was arrested on charges of handling child pornography and soliciting private material from a 13-year-old girl, he was arrested and separated from the team, a Pennsylvania court found him guilty and he will spend between two to four years in a U.S. prison, currently the pitcher is 30 years old, He was acquitted of other charges, however, it will be very difficult for him to get a contract again in the big leagues, because by the time he finishes his sentence he will be between 32 or 34 years old, in my opinion I believe that by then he will no longer have the same qualities or physical conditions that led him to be considered for two All-Star games.

Three great pitchers who shone with their own light, but their performances off the field condemned them to failure, and extinguished the shining light that made them look at the top of the pinnacle of baseball, I hope you like my publication greetings, success and blessings.

Congratulations @ovelperez82! You have completed the following achievement on the Hive blockchain and have been rewarded with new badge(s) :