Can microblogging on Threads replace Blogging on LeoFinance? 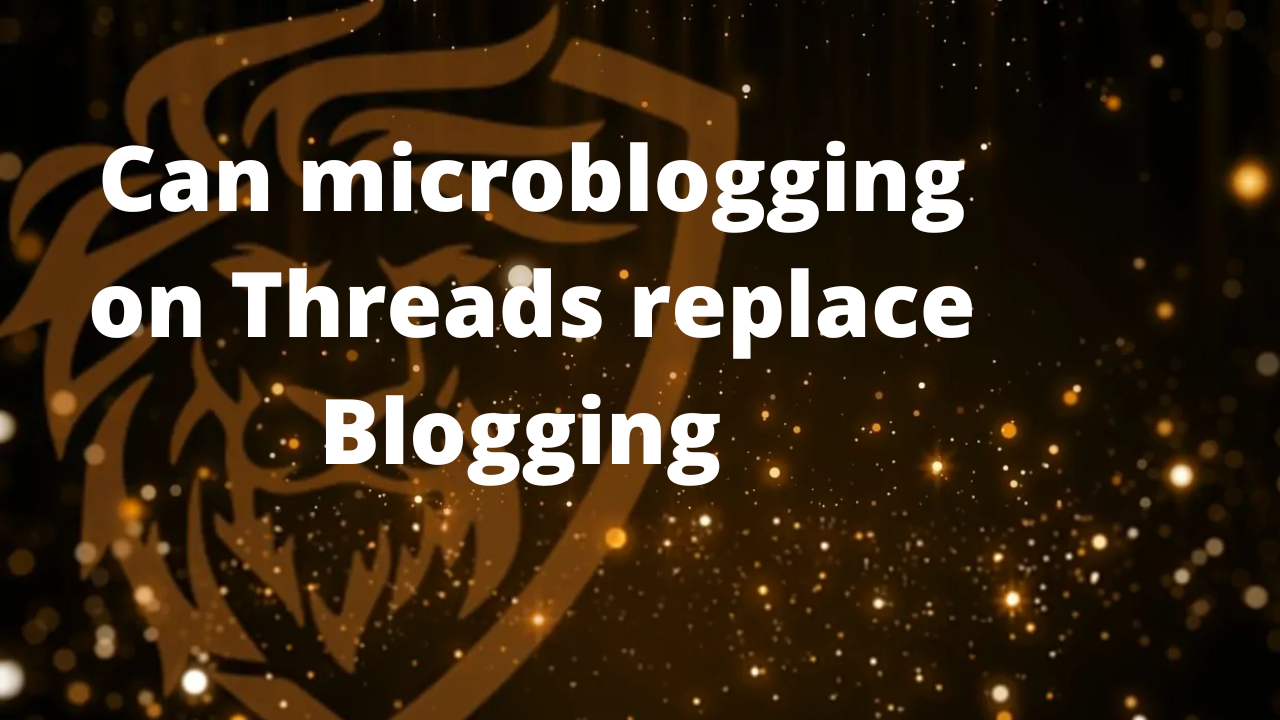 With the launch of threads, the lots of users here on LeoFinance wrote several articles addressing the advantages that threads had to offer. Both realistic and not-so-realistic, which I appreciated at that point since it was their own way of supporting the new innovation in the LEO Community.

In fact, those articles which marketed threads along with its many Pros made me see reasons to return to LeoFinance without any doubt while looking to utilise threads especially in terms of earning from microblogging since I'm not very good at writing crypto-related content. I literally struggle with it.

The marketing of Threads as an alternative to writing long articles while eliminating the need for deliberation over whether a content is long enough to be considered of quality or not is something I initially considered valid. In fact, I'm also guilty of marketing threads in this way. Unfortunately, I was wrong. Not just me but every other person on the LeoFinance community who marketed LeoThreads as an alternative to actual blogging. I know you reading this right now are probably wondering why. It's so simple.

On LeoFinance/Hive blockchain in general, we earn rewards for blogging activities when quality and original contents/articles are delivered. This quality contents are sometimes a function of quantity regardless of popular debate because it is practically impossible to have a 240/300 character content and refer to it as an article. The question would be- is the information passed with 240/300 adequate enough to be considered of quality? I do not intend to begin a debate, permit me to get back on track.

On the launch of threads, the most common marketing was that threads will be an alternative and will perhaps replace the need for long form content since information can be passed using shorter and precise words, plus the fact that more people will be able to hop unto the Leofinance train without the need for technical/crypto related knowledge. This seemed good initially, unfortunately this doesn't apply.

It doesn't apply because microblogging on threads cannot replace actual blogging on LeoFinance since there is a huge difference in the reward system between. The rewards earned from threading is negligible and insignificant compared to that earned from actually writing long form content on your blog, hence the newbies who got unto the LeoFinance train due to the threads hype are still at a major disadvantage since their ability to create only short form content will not get them very far.

While LEO/Hive rewards is earned from blogging, micro-LEO is earned from microblogging which isn't anything of significance, which means whoever intends to earn real rewards must learn the art of actual blogging and perhaps fill up his or her sleeves with some crypto knowledge in order to thrive on the platform. This defeats the purpose of Threads altogether. I guess it's time for a new rewards system to be implemented on Threads for the not-so-crypto savvy to stay.

The above leads to question - can microblogging on threads replace actual blogging? This question goes to you reading this right now and everyone else that may come across this.

In terms of the rewards system, my answer is No. I love threads but it is not a replacement, at least for now.

Threads is a great addition to LeoFinance. It will never replace the long-form blogging we all know and love. It does open doors to those that don't want to create long-form content though, which is the idea.

I get it, but what about the rewards? Doesn't it put those without the ability to create long-form contents at a disadvantage?

No, and rewards are not guaranteed either way. Whether you're creating long-form content or microblogging on Threads... you have a chance to earn if people find your content worthy of their vote.

Also, every has the ability to create both short and long form content

I'd have to disagree. Truth is m not everyone can wrote crypto-related articles. We all have our niche!

Congratulations @quincykristoffer! You have completed the following achievement on the Hive blockchain and have been rewarded with new badge(s):

The whole post length determining quality used to get to me as well. But I just post at whatever length I post at to get my point across.

I don’t think leo threads will replace long form blogging, but it does have the opportunity to create new communities that are microblogging specific. Which I think would be more powerful.

I’m just ready to see threads on the iOS app. I feel like I would use the feature a lot more if it were on the platform I use to interact with leo finance the most.

This issue is something that we've all deliberated on at some point, especially at the beginning of our journey here on LeoFinance.

In the end, what matters is that we are able to pass our information regardless of how much/fewer words we have.

I’m just ready to see threads on the iOS app.

Well, I do everything on my PC so I kind of enjoy it this way. Regardless, it should be suitable for everyone's device preference. Android/iOS/windows.. whichever!