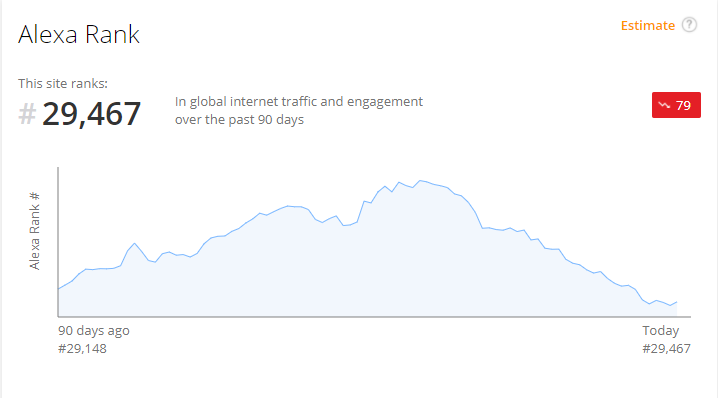 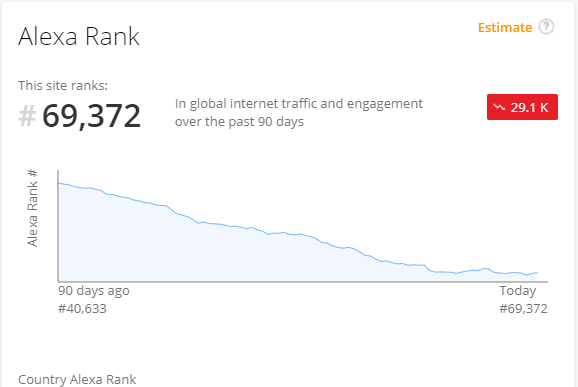 Couple of Month back , I checked this data on my post

Using screenshot from earlier post , below is the old ranking of noise.cash

Lets check the earlier Alexa rank in traffic for noise.cash 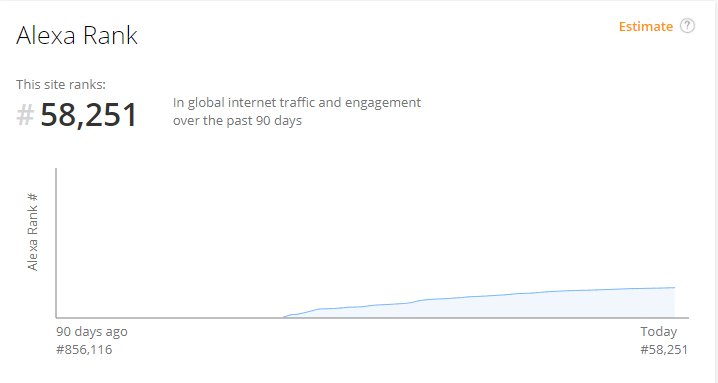 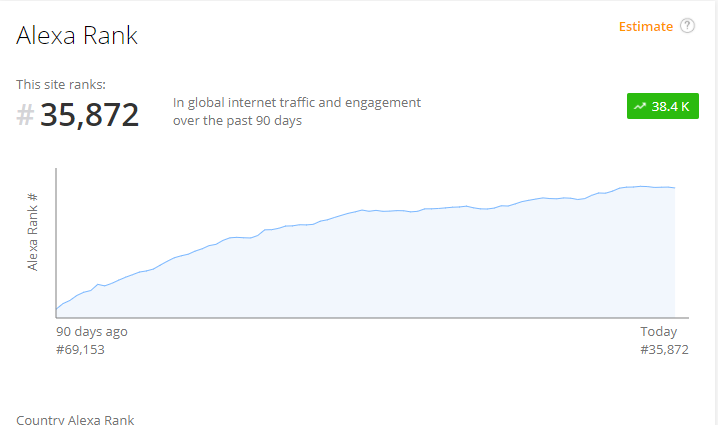 Let me put in table how the ranking of these 2 site changed.

So now you can see that Leofinance was ahead of Noise.cash at that time and in 5 months scenarios are almost reversed now.

Noise.cash is now much ahead in getting traffic as compared to LeoFinance.

It's amazing that Noise.cash is getting so much traffic even when all the cryto is dipping.

When I checked 5 months earlier ,users were spending average time of greater than 30 minutes on both the sites.
Currently this time is drastically reduces for Leofinance to 8 minutes and it reduces for Noise.cash too and it is now come to 18 minutes.

With these stats, I guess it is no brainer that we should have Project Blank.
In recent comparison ,I also observed that noise.cash is now ahead of it's counterpart read.cash too , that strengthens the belief that short content attract traffic and activity more than long form of the content.

So when Project Blank @leofinance ,@khaleelkazi

PS: If you want to read my earlier comprehensive report on Alexa ranking ,then you an read it here

I think it's to be expected around early-mid of next year. Got this from a comment under the leomarlettalk.

The stats has really been declining, no doubt. It's normal as we have times like that.
!PIZZA

That will add lot more user with Leo ecosystem. Let see when it go live.

What could be the reasons for such drastic change for LeoFinance ? At one point, it was worth a lot, I guess, one leo was worth 7-8 hive.

I guess every mainstream crypto platform has lost ranking or not advanced as such. Noise.cash success shows that how much traffic short content can attract.

one leo was worth 7-8 hive
Hive is grossly undervalued.

Yeah overall traffic is down, but the most important imo metric (google hits) keeps rising :) Good to know that Google hits are increasing.

Visiting Leofinance is way more intentional than visiting noise. I set aside some time every day to open Leo, curate content, and comment on some posts, while when using noise.cash e just open the app on my phone when I'm bored. It is way easier for the lazy people get hooked into staying longer if the content is shorter and delivers faster gratification.

I'm very excited to see what projectblank will look like.

You can say lazy as well as busy , both are attracted.
instant reward system of noise.cash is also working god for them.

Totally agree with you, Hive needs a microblogging project like noise.cash to expand its user base and I hope Project Blank comes soon.
The only problem is related to rewards that could produce downvote wars in some cases but, it's my humble opinion, it would be enough to limit the payout or reward microblogging posts with second level tokens and the problem is solved ;)
!BEER
!PIZZA
@tipu curate

We have Dbuzz but I do not know why they not added their token in it.
They really need to revamp their interface , it do not have any separate space for tittle and tag, everything merged.

Hey @r1s2g3, here is a little bit of BEER from @libertycrypto27 for you. Enjoy it!

Hey @r1s2g3, here is a little bit of BEER from @libertycrypto27 for you. Enjoy it!