Jumping 8 Positions in The Richlist of POB

@razackpulo.pob 53
about 2 months ago
Proof of Brain

I am so excited today seeing my account is jumping 8 positions in the richlist to 28th. Last week my position was 36th. There are two accounts to jump 8 positions as mentioned by @interpretation:

@holovision and @razackpulo.pob were the biggest gainers. They both witnessed the gain of 8 positions in the richlist. 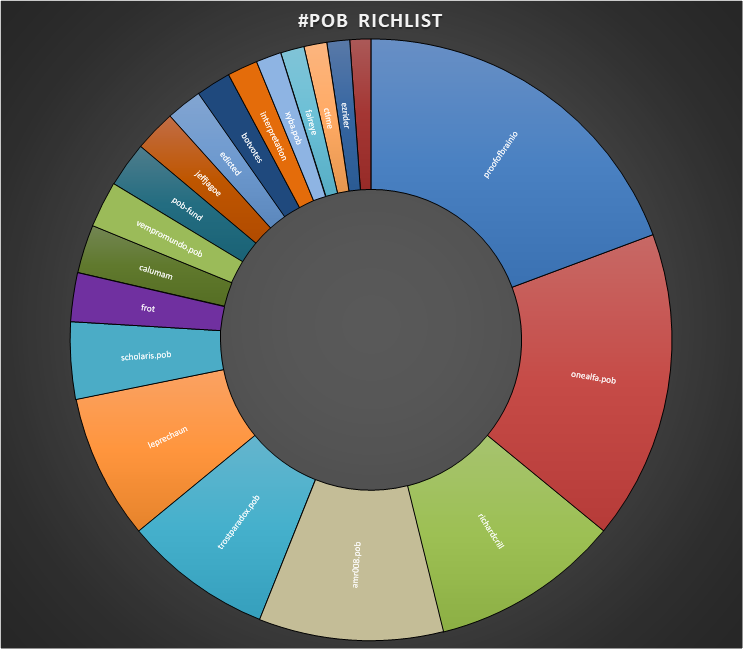 Staking POB is like a race, sometime you are ahead, sometime you are behind, but I believe in the long run, I would be in higher position if I keep staking. I am staking all my POB rewards and also purchasing some of them on Hive-Engine.

Honestly, I am influenced by @onealfa.pob, who has staked 123456 POB which is already sit on second position today. It’s just behind the founder @proofofbrainio. I see them just like Valentino Rossi and Marc Marquez!

The race is long. I would be so excited if @onealfa.pob could reach number one position every week. But, I am pretty sure @proofofbrainio will tune up his engine stronger anytime, he will not let anyone to pass him.

Yeah, it’s very fun to be in “the race of POB”. I would be so curious to see the “weekly lap” presented by @interpretation. As I have set my goal to reach next milestone on 10,000 POB Power, surely I will keep staking. I hope I could jump more position in the “next lap”.

That is quite a jump in the list. You are doing really well accumulating those cheap POB. Seems like the right to do now. Hope to see you at 10k POB soon

Yeah, it’s true. But I hope the price cheaper than this, so we can accumulate much more with little Hive :)

Amazing moving up those steps. You happen to be fired up with the accumulating. At this rate you might move into top 20 in even few days. I Wish you reach your next goal real soon.

wow congrats on the achievement. That rank is already higher than a lot of other holder. awesome