I am satisfied with my overall Hive Progress. I'm closing in on my short term goal of reaching 7,500 staked HIVE. It looks like I'll need to power up some HIVE to reach that 7,500 Hive Power goal by the end of year. My SPT earnings have slowed down. Earning decent amounts of SPT is highly dependent on getting upvotes from Monster-Curator which seems to come to a standstill. Monster-Curator holds a massive amount of delegated SPT and is the whale of all whales for the SPT token. My LEO progress has picked up and is slowly becoming my main focus as far as Tribe sites go.

SPT To One Million

My SPT growth has mainly come from what I earn with my blog posts. Currently I'm at 905,000 SPT so just over 90% of the way to my goal. At this rate it looks like I should be very close to if not finished my SPT goal in about two months time.

My POB progress has picked back up a little. Growth is still slow but with the introduction of a new Tribe known as VYB (Verify Your Brain) that is being launched to help complement the POB tribe interest in the POB Tribe is once again picking up.

I have turned my focus to LEO. I managed to purchase a small amount a week or so back and if the Hive Networks main token (HIVE) breaches $2.00 USD again I'll be taking that opportunity to trade some HIVE for LEO. I look forward to growing my LEO holdings. The last Tribe I learned about was the VYB Tribe. VYB is short for Verify Your Brain. I believe this tribe will become very popular as it will be the first ever Tribe that won't allow downvotes to have impact on rewards earned. The second thing that stands out about this tribe is self upvotes won't be possible/ have no reward impact. The third (yes there is a third), this tribe was created to complement the existing Tribe known as POB (Proof Of Brain). Read more about VYB by Clicking Here.

Splinterlands will soon(ish) implement its Validator roles (similar to witness on HIVE). I will be attempting to become one when they do. I had this plan since I read the SPS white paper but this is the first I typed about that goal here on my blog.

What are your HIVE Network Goals??? What are you doing to accomplish them???? Let me know in the comment section below.

Splinterlands is an online blockchain game built on the Hive Network. It utilizes NFT's for game play. These NFT's and other in game assets are tradable and have real monetary value. Click here to play or to invest in Splinterlands today. Play for free or purchase the right to earn rewards for just $10 USD. 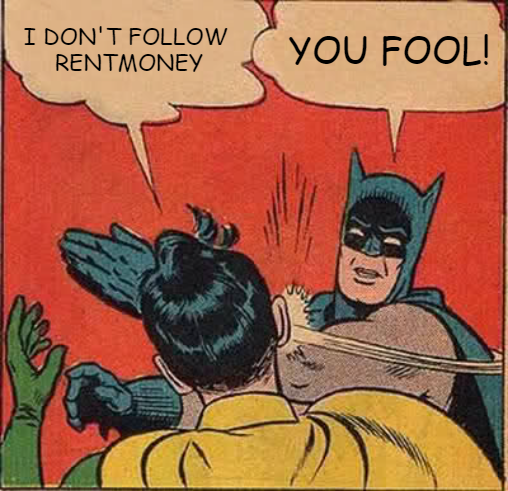 Congratulations on your goals progress. 1 million SPT is nothing to sneeze at. And it brings in a nice chunk of SPS every day. What are your infrastructure plans for running a Validator, will you be leasing a cloud computer or do you have a server you will be running from your home/business?

Thanks, holding SPT to earn airdrop points is my favorite way to earn SPS. I have no concrete plans about how I plan on running a Validator.

Wow, 1 million SPT is a hell of a goal. I see you get out content consistenly, so well done! My current goal is to get to 10k SPT without buying it :P sitting at 2k for now.

I try to post daily. I believe consistency is important with keeping readers attention. 10K SPT is a nice goal to have. If you haven't checked it out yet, I would suggest looking into @monstercrusher. Its a curation account for those who create SPT content.

I currently have my 2k SPT with @monster-curator. With my stack growing I'll look into more options, thanks for mentioning this one. Tbh, I haven't heard of this account so far.

Its my alt account. It gives random upvotes to those who join its SPT Content Creators List. No delegation required or wanted. All info is listed on its blog.

Sounds very good. Will check it out tomorrow after a good night sleep :)

I'm primarily focused on accumulating SPS. I figure it is best to get as much as possible early on because there will be opportunities for it to compound. For example, I think I read that when play to earn SPS is released the more SPS you have staked the more you will get per win.

Focusing on SPS is a smart play. Staking it earns you more SPS plus earns Vouchers. So many rewards!

I think I read that when play to earn SPS is released the more SPS you have staked the more you will get per win.

its hard to focusing on all, i try one per one

wow brother amazing growth across the board! !PIZZA

This is a good and great achievement.

Keep up the good work @rentmoney! and you will reach all these goals.

Always enjoy reading your articles man! It's awesome to see you so close to hitting your goals!

As much as i would like to get to my 15k long term goal of staked hive, I'm happy that i surpassed 1500hp, so i am 10 percent there. I had a lot more,but pulled it to help pay for things out here as we built our homestead. Other then that I'm doing all I can to stack SPS. Rent cards to get DEC, hold it till i can buy more gold cards to rent out. So i get sps for the Dec, the the cards. I also stake all the sps I get and buy packs and hold them. I'm almost to having enough sps staked to get 1 voucher a day.(.802 yesterday) I have just over 1600 staked sps. I also just recently found out about a hive token called luv...I want a bunch of them.😁 And is where I'm off to next...gotta go get some luv to spread and hodl.
Congratulations on doing so magnificently!!!

I mainly focus on LEO and my target is to stack 2000LEO by end of 2021.
This is my progress, I think I can achieve this target.
https://leofinance.io/@sodomlv/my-weekly-leo-report-w22

Agree with you. It works for me as well.