How Do Monsters With The Taunt Ability Benefit Their Team? | Splinterlands Shieldbearer has the Taunt Ability and at level 1 has 4 armor and 9 health. Having high armor and health gives his team a great advantage. No matter what position Shieldbearer is in, all enemy monsters will target him. Also, if there is no special rule in battle, he cannot attack except in the first position. That's why I always place him only in the first position on the team. 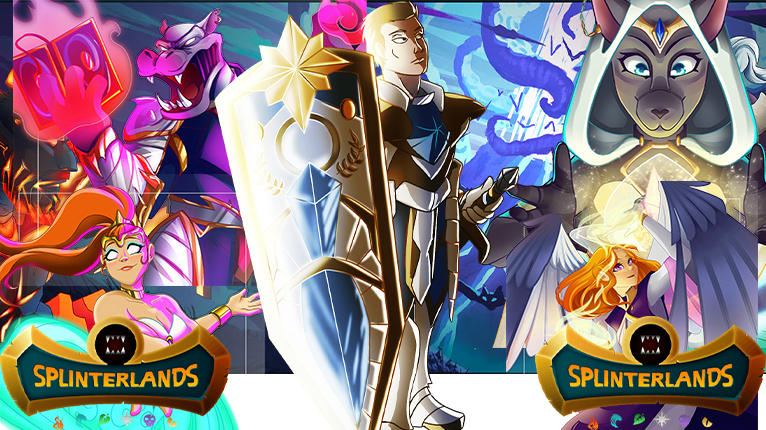 My whole strategy is to make it harder for the first position monster on my team to be destroyed. Because until he is destroyed, the other monsters in my team will not be attacked. If my strategy works well in battle, my team will most likely win the battle.

For such a strategy, the battle must be over 30 mana.

Today's battle was a 46 mana battle and the conditions were quite suitable for the strategy I described. Only magic attacks could force my team, luckily there was only one magic attacker on the opposing team. I recommend watching the battle in the video. My strategy worked very well in this battle and my team won the battle. By the way, all the NFT cards I use in battle are at level 1.

Summoner And Other Monsters In The Team DJINN RENOVA has the Strengthen ability and can do 2 magic attacks at level 1. DJINN RENOVA increases the health of all friendly monsters by +1. ADELADE BRIGHTWING has the ability to flying and Repair. Thanks to her Repair Ability, She restores some armor to the friendly Monster whose armor has taken the most damage. VENARI CRYSTALSMITH has Tank Heal Ability and can do 1 range attack at level 1. She restores a portion of the Monster in the first position's health each round, thanks to her Tank Heal Ability. Remember battles are team play and good strategy always increases the probability of winning the battle.

What do you think of this Battle and Taunt Ability?