ILTHAIN is a Life Summoner that gives all friendly Monsters +1 speed and the Return Fire Ability. Speed and abilities are very important in battles. Faster monsters have attack priority, and monsters with increased speed have a better chance of avoiding and missing attacks.

Monsters with the Return Fire Ability become much more effective against Ranged Attacks. Because, When hit with a Ranged attack, Monsters with Return Fire will return reduced damage back to their attacker. Choosing ILTHAIN as the summoner gives my team a huge advantage in battle if I feel like the opposing player will prefer Ranged Attack Monsters. Also, I would never hesitate to choose ILTHAIN if I felt that the opposing player would prefer YODIN ZAKU as the summoner.

ILTHAIN is an Epic Life Summoner and belongs to the Riftwatchers edition. ILTHAIN give all friendly monsters +1 speed and the Return Fire Ability.

When I reviewed the last 5 battles of the opposing player before starting the battle, I could guess that the opposing player would prefer YODIN ZAKU as the summoner in this battle. That's why I chose ILTHAIN as the summoner in this battle without hesitation. Dealing back damage against the opposing team's powerful attacks gave my team a huge advantage in the battle, and my team won a pretty tough battle easily. I recommend you to watch this great battle on video or battle link and you can also see how effective ILTHAIN makes the team in certain battles. 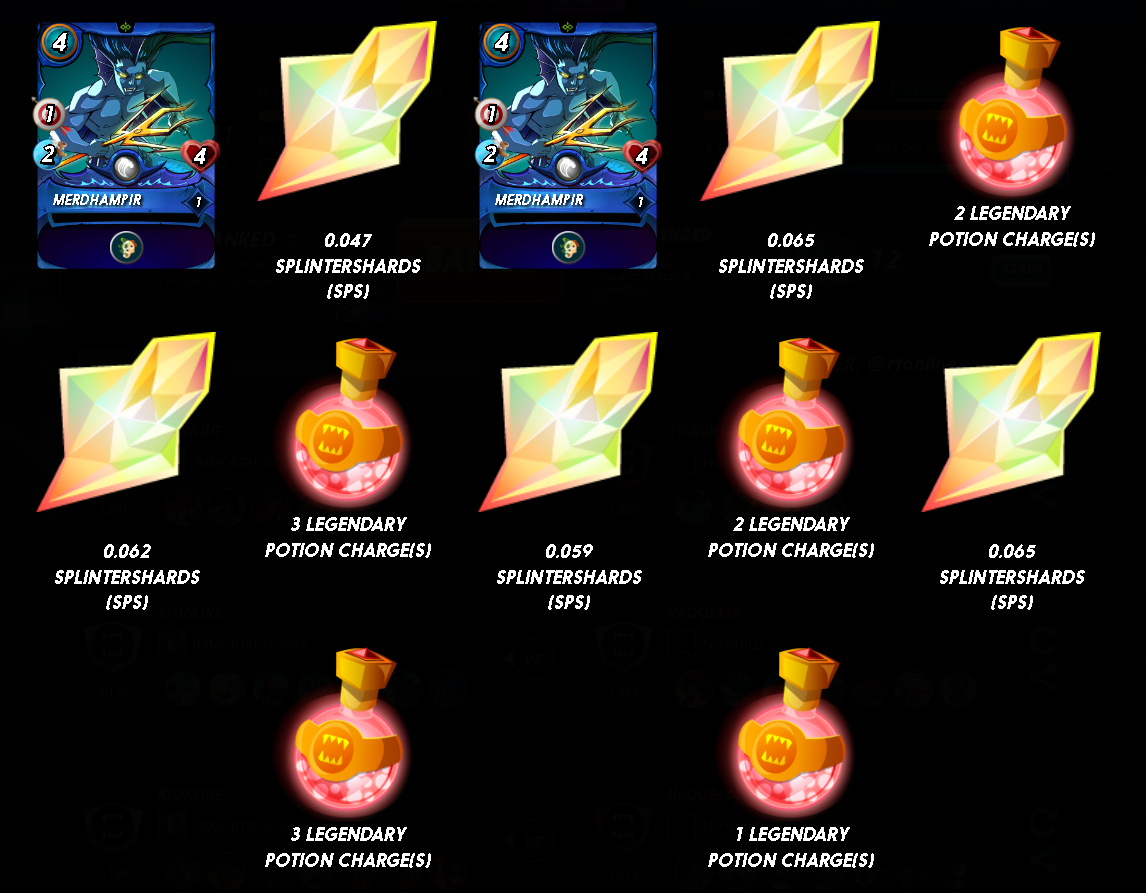 @splinterboost 61
9 days ago
This post has been given a 20.0% UpVote by the SplinterBoost Community Curation Bot.

That was an interesting counter against Zaku buddy I haven't watched a battle of this kind using ILTHAIN to beat Zaku. You just thought me a nice strategy but I don't have ILTHAIN.

ILTHAIN has become one of my favorite summoners. He is very cruel, especially towards Zaku. 😆 I have an extra level 1 card, I can delegate it to you. But I want to upgrade it to level 3 in the future.

Lol yes, that will help and you can undelegate when you are ready to use it for the upgrade, it can also be a counter against General Sloan.

He is also very effective against General Sloan. I use ILTHAIN against all ranged attackers. I delegated it for you buddy, enjoy it 😆

Thanks, buddy am going to have fun with it!

Congratulations @rtonline! You have completed the following achievement on the Hive blockchain And have been rewarded with New badge(s)

Check out our last posts: