Greetings to dearest community on the Hive blockchain!

I doubt that anybody missed me. Did anyone even noticed that I am missing?

A very long month is behind me and if you told me a couple of years ago that I will hardly wait to see my computer I would burst out laughing.

My overnight disappearance is justified by a last minute call with a great job offer. To keep this short, I spent a month on a small island within the Kornati national park renovating a restaurant complex. It's important to note that restaurant is the only facility on the entire island and that the rest of the island is unapproachable.
The restaurant is open during the charter season and needed to be visually refreshed. In addition, we did some upgrades and modifications.

All of this would be great if the rest of the team didn’t look at weed as a drug. Simplified, weed is drug and stoners are junkies and they are blamed for all evil on planet Earth (or flat Earth, depends what type of Earth you live on). After statements how terrible drugs are they would, without any shame, regularly every fucking day, without single day missed, lap up alcohol from the time we stop working until they collapse and fall asleep.
But literally they where drinking until head hits the table.
It was sad, but also fun in a one way to observe the total opposites of me. Amount of money I earned was brutal so I had no second thoughts and in a few days I adopted. No, I didn't start drinking if that is what YOU think. I only learned to keep my lips sealed and not to join any conversations hat are not connected with work. First day I was naïve and asked who would like to debate with me positive and negative sides of weed and alcohol. I am not so sure that anyone know what debate means because they all started yelling at same time how can I even think that alcohol is no good, and what kind of man doesn't drink!? I almost flew out with "and slap a wife if dinner is cold" but I didn't, instead I sealed my lips for a month.
If I have to choose I would rather live with heroin addict then with alcoholics.
At least with junkies I have some common topics to talk about.

Thing is that I missed the weed, a lot!!!

Missed WeedCash also, but first thing that I did yesterday (after kissing a girl and playing with a dog, of course) was rolling two mega joints. First one knocked me so hard that second one survived till today. Is there anything better than scrolling through WeedCash, with mega spliff in hand and reading a month of great contents?
Of course that there is but today for me that is only thing that I wanna do!

Hat off for all those posts!

It's a pleasure to read them but it is also a pleasure just to look at all those beautiful photos. Especially after few hits when letters suddenly become blurred.

Conclusion is that I am back home and there are so many updates that I need to publish.

Those who didn't noticed my absence will most definitely notice that I am here now. Are you getting a picture how many posts I have to publish?

Lets start easy with update of my existing plants.

Girlfriend took a good care with existing ones and she also did transplanting of sprouted seeds that I left to germinate. Quick flashback! I had three plants, one female, one male and smallest one was debatable (for me). To shorten a story, HappyFrog and Canna-curate would win in a debate. Smallest one was also dude!
Unfortunately I have no recent photos of those two because they were smashed on the balcony during a short and brutal hailstorm while no one was home. They certainly didn't deserved that kind of end, but they where dudes so its much easier to handle. Now I have one lady and after not so delightful fillings that I had, now I must admit that I am falling in love with her. Was thinking to give her a name and I am open for suggestions!? She is a bit thin but after turbulent life she had so far thin looks good on her. While I was gone she grow a lot and, what meters the most to me, flowers are bigger, fatter and stickier every day. Smell is also great, in fact my whole living room smell's perfectly, thanks to her. My girl helped her to carry weight of growing buds on her thin body and she came with interesting solution.
Transplant of sprouted seeds that Loona sent to me deserves special post. From now I will post separately updates for lady Jane, and grow diary for newcomers.

I am done writing for today.

Enjoy photos without any more text! 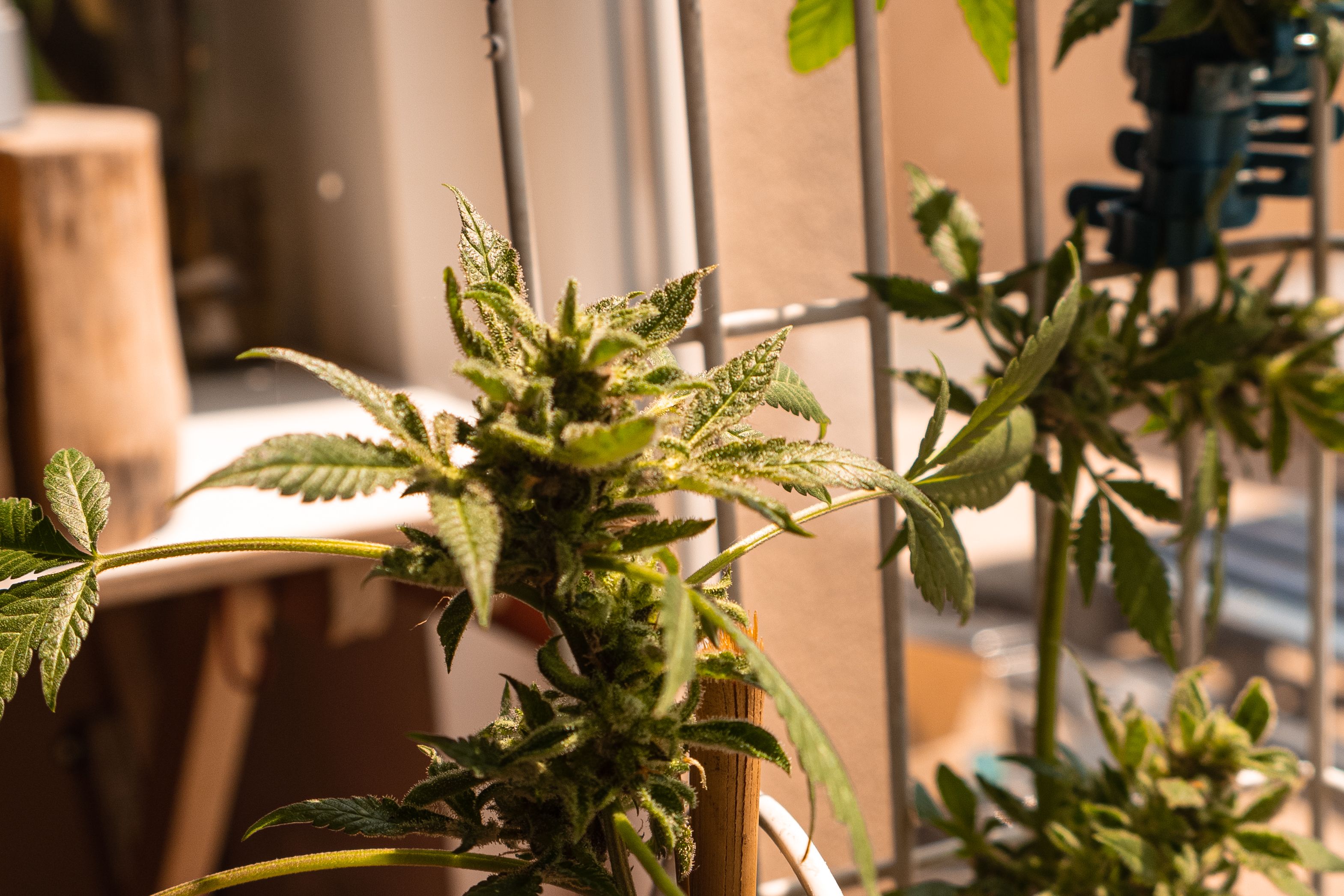 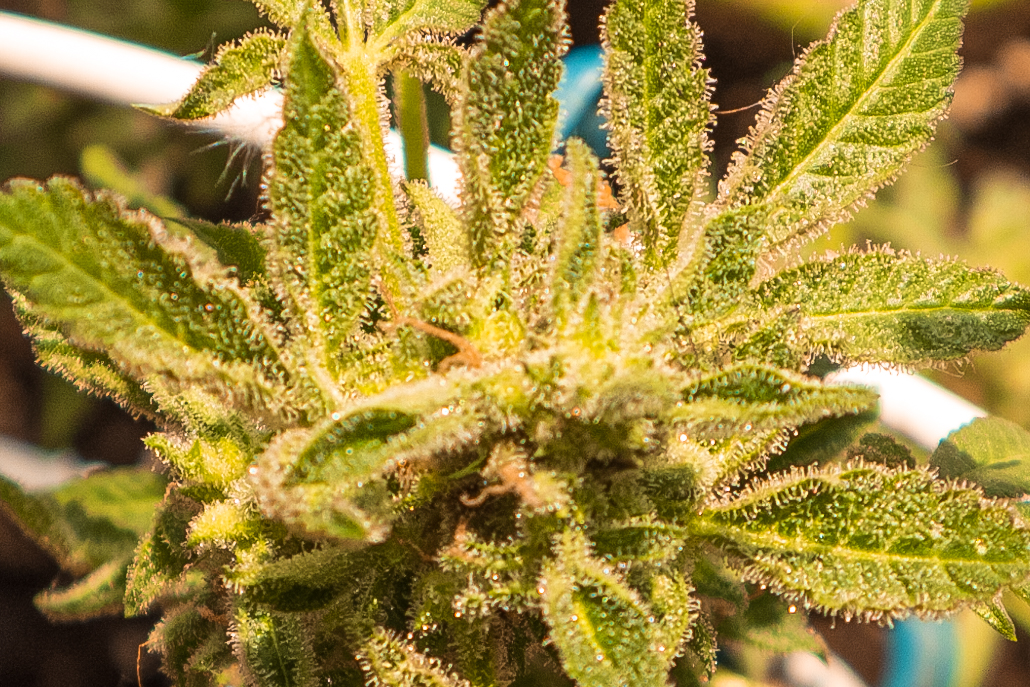 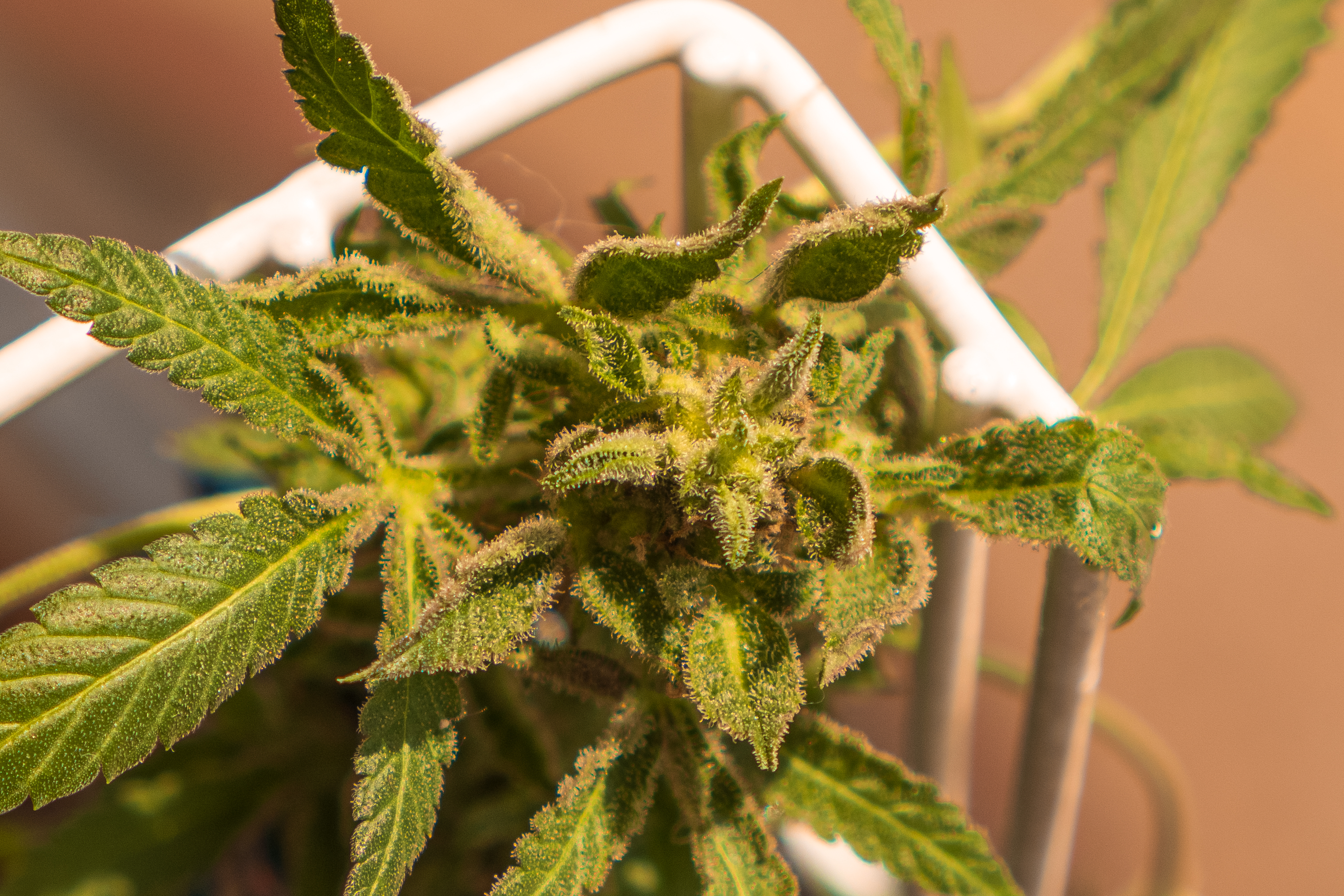 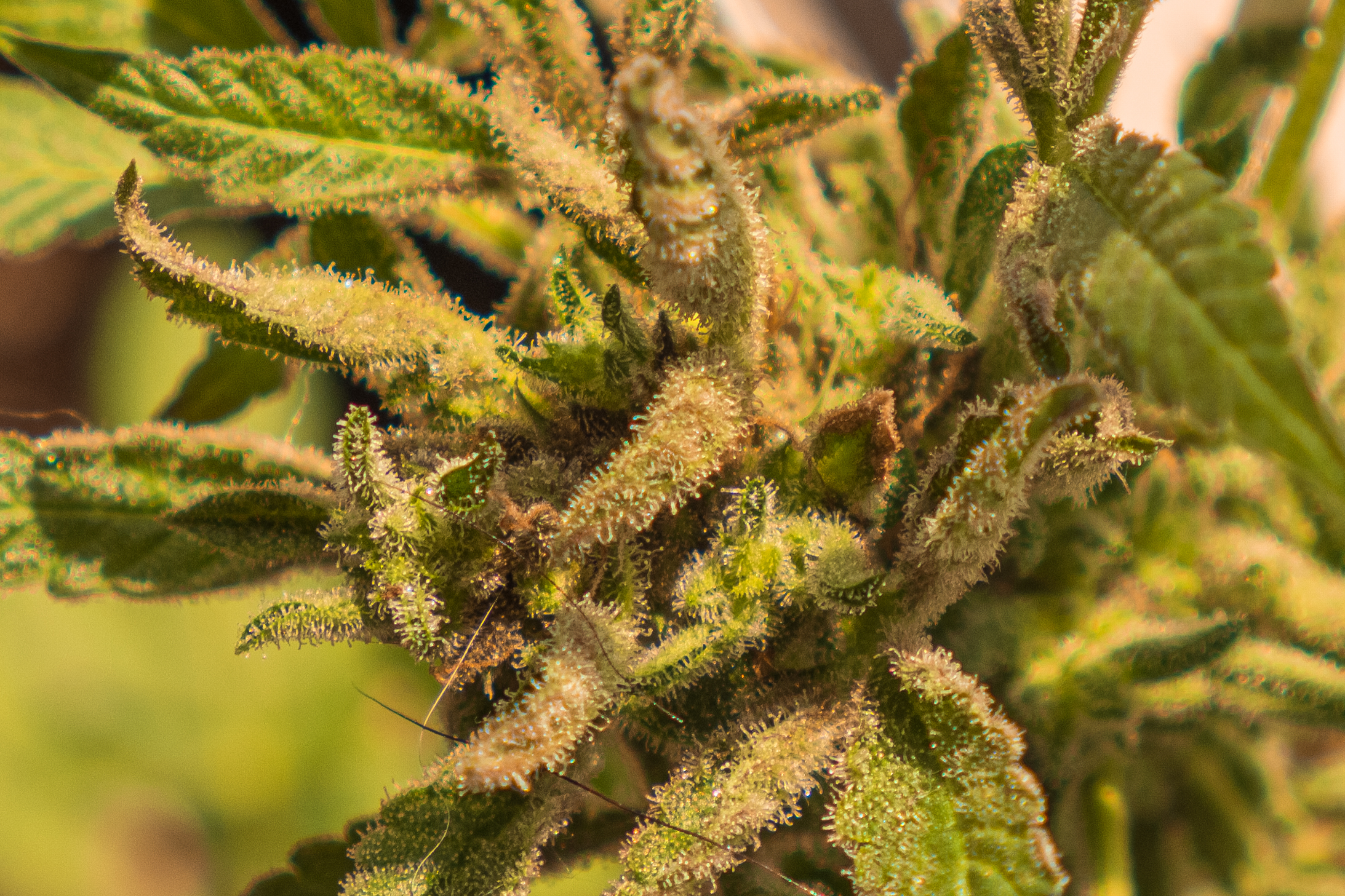 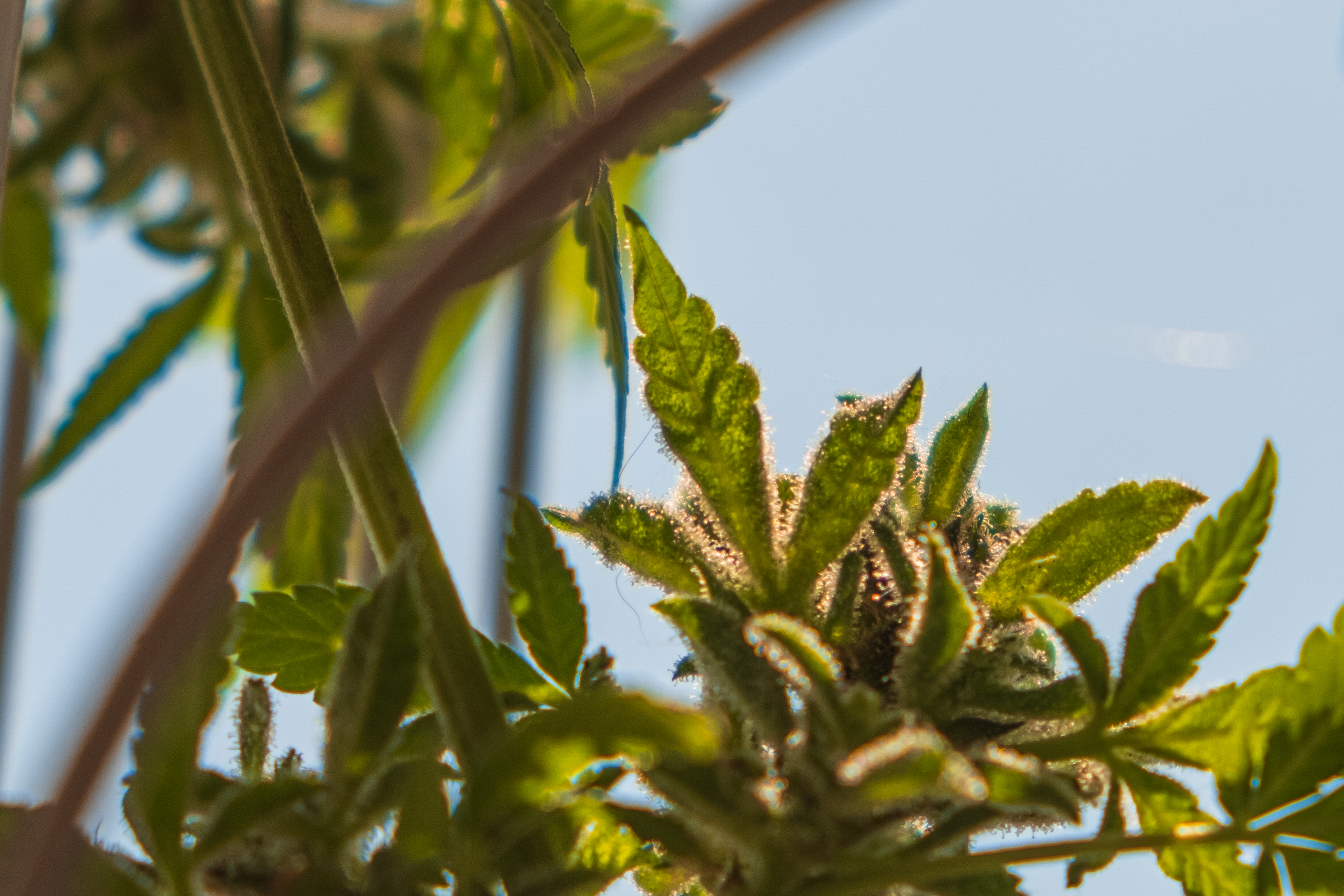 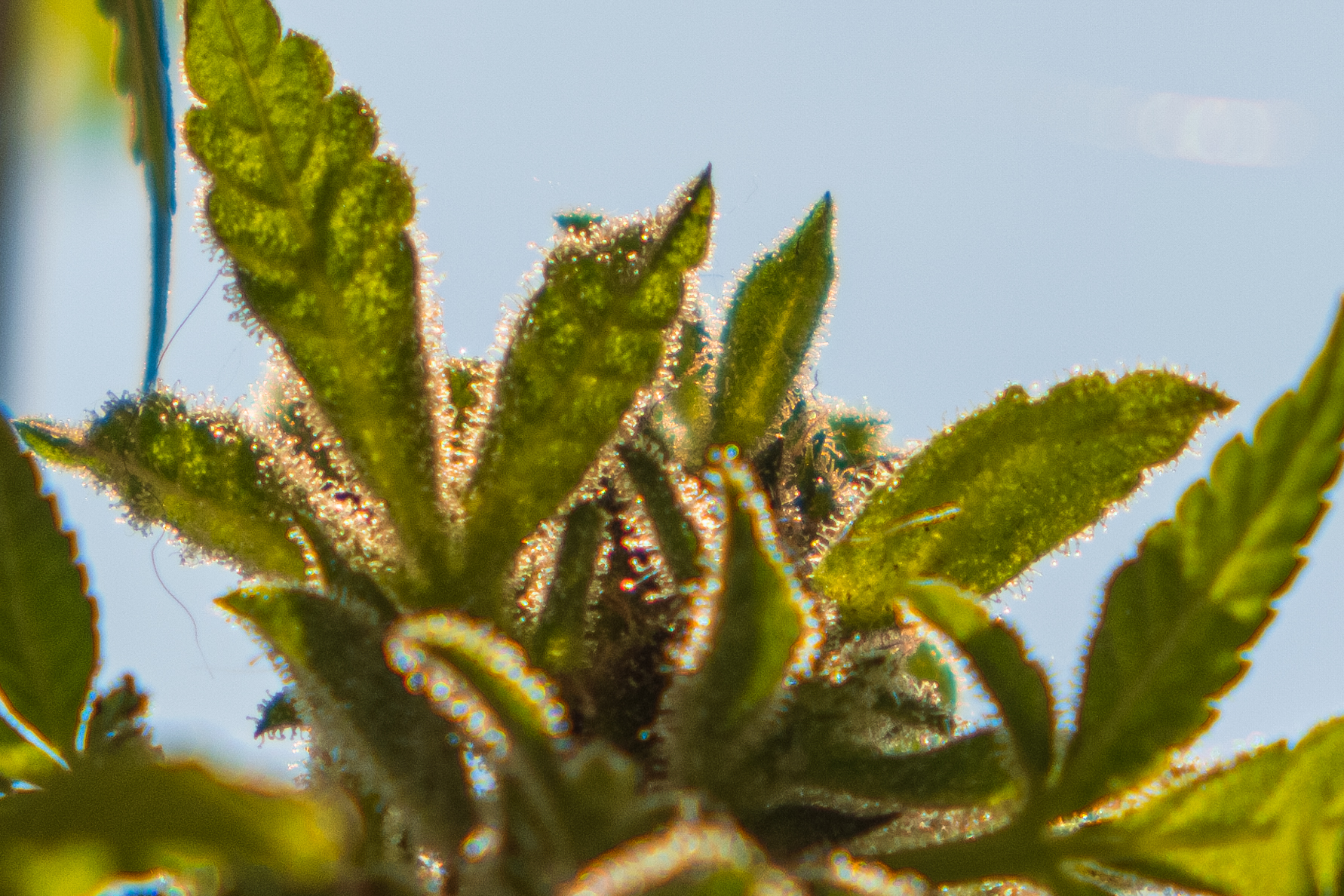 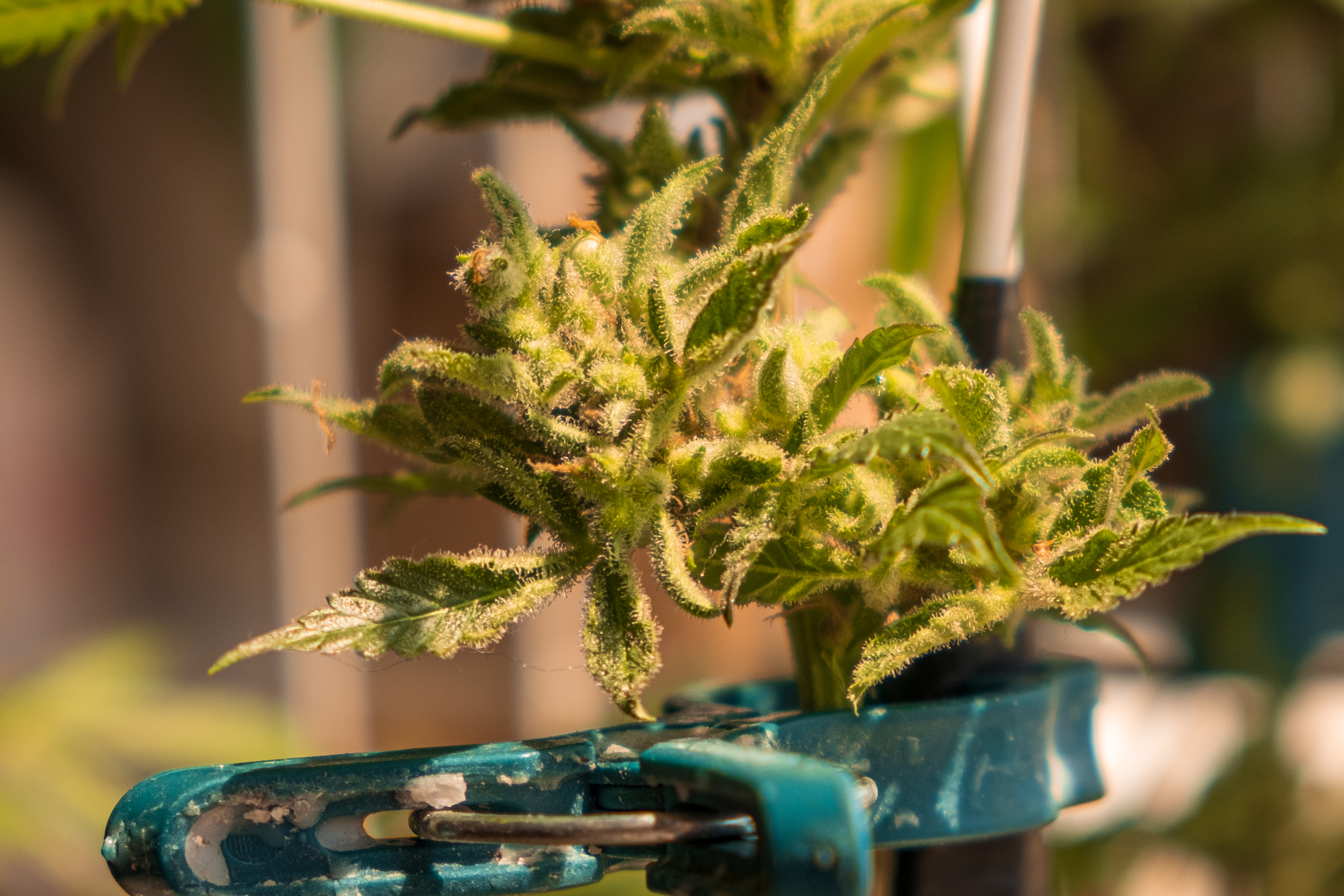 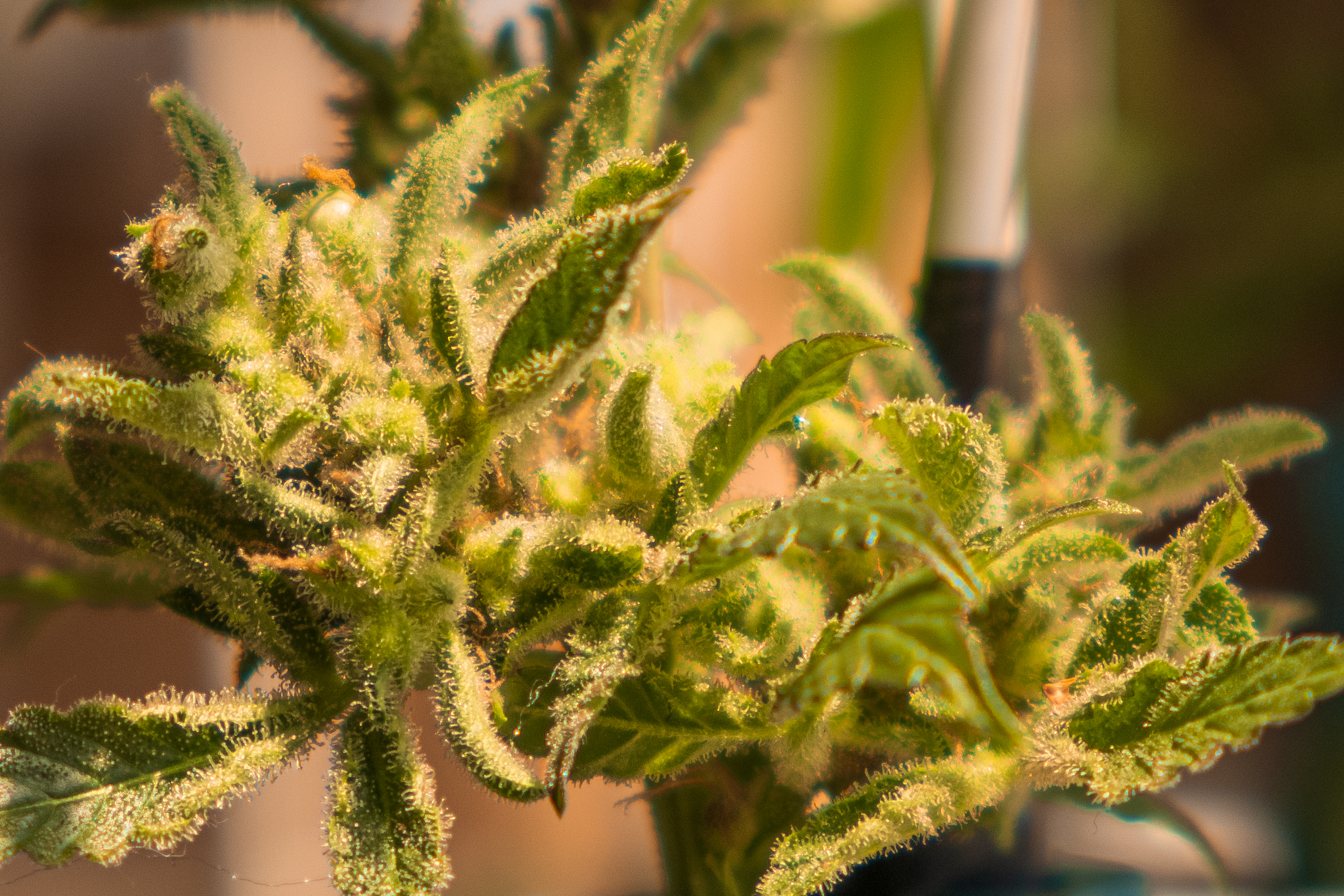 I know that lot of time passed from then but still

This time photos are taken by friend with professional Fuji camera. Please comment if you see differences in photos taken with smartphone and this ones.

yes I was already starting to wonder where you were. But there you are again. welcome back

Well your contact is in my notes so if I ever end in jail again I will send you a postcard so no worries ;)

Oh I noticed. I’ve seen so many come and go, and I miss a lot, including you. You do good posts, also interact with the community.

Great thing your taking care of business, totally understandable, but remember you always have a home here. Did you get your stickers?

Thanks man for compliments, I really apriciate that especially when they come from you.
I gave up once, but from steem and I don't wanna gave up again. I will try to make Hive primary occupation so I'll be here and hopefully without this long brakes.
It was more like short term opportunity that is fullish not to accept. Still I am doing as much effort as I can to work as litle is possible :D
Yes, stickers arrived and I am saving them for my entry in weedcash contest.

And I feel like home here so no worries you are part of my family :)

Congratulations @smf37! You have completed the following achievement on the Hive blockchain and have been rewarded with new badge(s):

Welcome back man,
It's true what you say about alcohol. I became acquainted with it in the military and it aided in turning me into a homeless alcoholic/cocaine cross addicted junkie for the better part of ten years. Cannabis and blockchain blogging aided in helping me get away from all that poison for good.

Your female plant is looking really good, your girlfriend did a great job of caring for your plants while you were away!
I like to name my plants sometimes too :D If she is giving off a great aroma, then maybe a name having to do with smell or something? 😄

You and military? I would never connected those two dots. How did you end up there?

Just to let you know that I like all kind of drugs, weed for me shouldn't be in that category. I really enjoy in different occasions using different drugs. And I can say for fact that all that made me a better person and more understandable to diversities.
Alcohol is only thing that makes jerk of me and he controls me and if I hate anything I hate when something controls me. I stopped using even small amounts of alcohol in my twenties and when I felt how drugs impact me without alcohol to suffocate them I never start drinking again. Not even a beer or wine. Only pure chemistry designed to make my brain opening new receptors continuously :D

This is my first plant that I want to give a name so please suggest some nice aromatic names ;)

@skuration 55
3 months ago
Thank you for sharing this great content, You have been manually Upvoted by @skylinebuds

Nice to meet you.
I am relatively new to the tribe. I got in when you were away.
I am not a planter but a browser and appreciator though. :)

Also nice to meet you and thanks for approaching me.
My account is older then I am actually active on Hive and for now just focused on WeedCash. I am so glad that highest community of all blockchains gets new members on daily base.
Welcome and who knows maybe soon you will also fell in love and start to grow :)

I actually wanted to grow. Problem is, it is still illegal where I live.
I don't wanna risk it. 🙂

Here also, but if you grow for yourself and only share that with WeedCash family risk is almost zero :)

Yeah, I know. Some of my biological, and extended, family members are a risk though. lol.
Anyway, I will think about it.
Others that I know of, do plant but their family members and neighbors don't mind so they are safe. 🙂

My box is a part of hallway on main entrance separated with Knauf wall with normal doors on wall and ventilation hole for bringing air inside of box and my parents maybe stop by few times in a year never asked what is behind those doors, and also I have one more spare sleeping room that I rent on Airbnb and during summer I really have lot of people coming and going and no one ever asked what's there.
Fear is only in you head but I get that I also had luck that nobody sniffed around
If WeedCash shows to be a trigger for you to start growing I think that all members here will be proud.

One day, when I have my own place. I am currently renting a small room. There is no other place to grow but outside.

Of course that havin your own place feels much better when you brake laws and certainly that one day will come when you wake up one morning and instead thinking about new excuse you simply fulfill your desire :)
Don't forget to blog about it when that day dawn ;)

Sure. I would love to. For the main time, I will learn from the community. :)

And if you want to grow then do it, don't hesitate

Yay! 🤗
Your content has been boosted with Ecency Points, by @smf37.
Use Ecency daily to boost your growth on platform!

The Hivebuzz proposal already got important support from the community. However, it lost its funding a few days ago and only needs a few more HP to get funded again.

Your support would be really helpful and you could make a difference.
Thank you!