Welcome to the weekly update post for @spinvest-leo, where I (@jk6276) record on chain for transparency our transactions for the week, and update @spinvest investors with our progress. 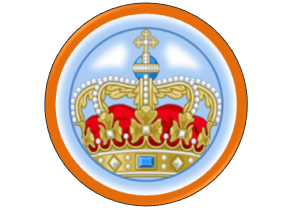 After last weeks 2 week report, we are back to normal this week.

First, I just want to shout out @roleerob, who wrote an awesome post with lots of detail about EMP. I highly recommend checking out that post.

Decision time has arrived for altering the investments we hold on CUB - starting with the DEC/BUSD pool. The only reason to hold this has been to accumulate the SPS airdrop. This ends in a couple of days, so it is time to close out this pool position. The funds here (roughly $900 worth) will be moved to build a position on POLYCUB.

I am likely to make further changes to CUB positions in the coming weeks. I feel these funds can generate better returns elsewhere. Some exposure will remain, with the hope of still having exposure to a possible recovery for CUB when/if that happens. But for now, the DEC/BUSD pool is closed, and those funds will move to POLYCUB.

So, to move these funds, plus the "compound" portion of the weekly income, I first traded all to bLEO. received a total of 10800.293 bLEO. Unwrapped these, then wrapped them to Polygon. More on how I deploy these funds further down in this post.

As the airdrop comes to a close, these funds also need to be reconsidered. I don't see us holding staked SPS long term, however it is my intention to move this SPS to POLYCUB also to LP there. 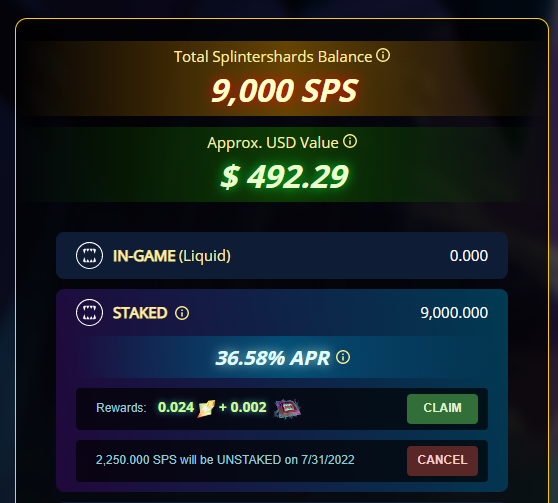 So, over the next 4 weeks, the SPS will reduce to 0 here, and I'll shift it to Polycub to build an LP position there.

I deposited all the funds moved over from the closed DEC/BUSD pool into the POLYCUB/USDC farm.

Then I voted for the POLYCUB/USDC farm to gain more rewards.

After all that, here is this weeks asset values:

So the Debank summary does not include the vexPOLYCUB.

Reminder - no income will come from these new positions on Polycub platform for 4 weeks, as I don't intend to pay half the income to unlock yield immediately.

I traded the remaining SPS to Hive on Leodex, as I am running out of time to play with Polycub some more. Powered up the HIVE received. 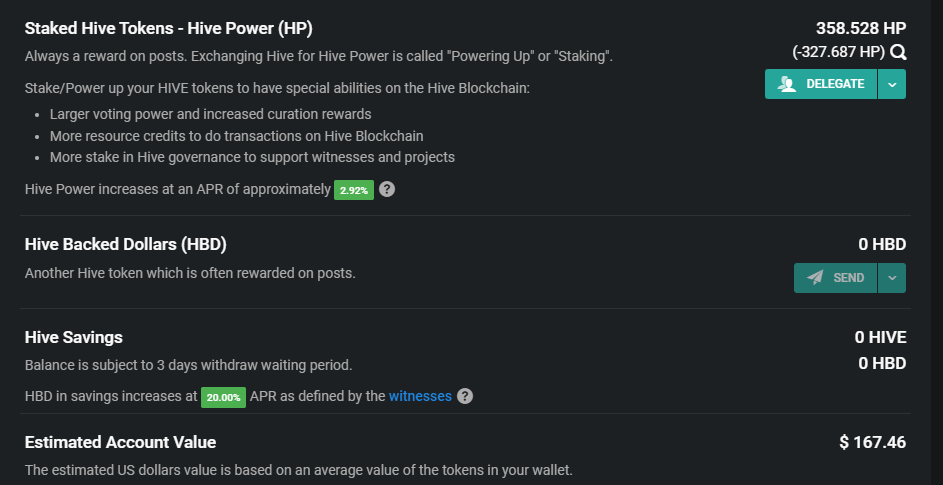 Some big changes this week, with the DEC/BUSD pool moved to POLYCUB/USDC, and the SPS unstaking begun.

Thanks for reading everyone. More happening than usual.

See you all next week,

Thank you for the shout-out @spinvest-leo / (@jk6276). I enjoyed writing that post, as it has been nice to have some encouraging news over the last few days. Been in short supply of late ...

Out of curiosity, how do you determine where funds are moved, e.g. why did you elect to move the CUB funds to PolyCub, to increase your (our) holdings there, vs. moving them to EMP Money?

Good question, I did seriously consider putting the funds into EMP. It is a pretty subjective decision really. My goal is really to rebalance the funds fairly evenly between the three platforms, being CUB, POLYCUB and EMP.

The CUB holdings are so far down, that I don't want to miss a recovery when/if it happens. I'd hate to move out of CUB, and then it gets some updates and turns around. I didn't have any funds on POLYCUB, except for a little xPOLYCUB, so wanted some exposure there basically.

The next weeks will see the SPS added on Polycub, and potentially some funds shifted from CUB to EMP.

As much as I am a fan of EMP, lots of recent events are teaching me to follow the old adage of "don't put all your eggs in one basket". I think a balance between CUB, POLYCUB and EMP is the safest option.

The other factor is that @silverstackeruk has a sizeable stake on EMP also of @spinvest funds, and me putting a bigger share there is possibly overexposing the combined fund.

Personally, if this was my own money, and not Spinvest funds, It would probably be mainly on EMP, with some POLYCUB.

I hope all that makes sense.

"I hope all that makes sense."

Makes sense, based upon your stated desire for balance.

The only comment I would have on "don't put all your eggs in one basket" is ask whether CUB and POLYCUB can truly be considered a different ... "basket"

I personally believe (and experienced the devastating consequences firsthand ...) they are not, i.e. the launch of POLYCUB had a massive downside impact on CUB. CUB would have to 15X - 20X from here, just to get back to where it was, before the POLYCUB launch ...