@spinvest 73
over 1 year ago
LeoFinance

SPInvest is built on the Hive blockchain. The token resides on Hive-Engine. Both have a certain degree of decentralization.

There also is no website that promotes the project. Everything in terms of correspondence takes place via posts on Hive.

Why is this important?

Just this week, BlockFi got Cease and Desist letters from three separate states. The accusation is that the company is violating the securities laws of the U.S. by offering their interest bearing product.

New Jersey, Alabama, and now Texas have all hit the company with the order. This is not likely to be the end of it. We can expect other states as well as, perhaps, the Securities and Exchange Commission getting involved.

Here is what was posted about BlockFi:

Those entities which are centralized might be seeing a lot of issues going forward. The entire global regulatory body is going after all it can. Crypto applications are certainly on the radar of these entities. 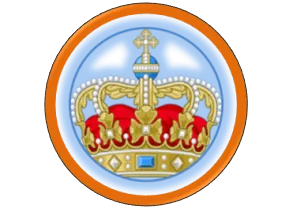 SPInvest is a project that is now over two years old. Being decentralized in that the tokens are all on the open market, correspondence is on an open blockchain, and there is no foundation is making it easier to operate in a world where the establishment is trying to hold on tight.

We are seeing how novel the concept of SPInvest was. Over the next few years, we are likely to see many other projects follow this type of model. It is not to far-fetched to envision a day when many of the centralized applications are targeted by regulatory agencies. We are already seeing it with many of the exchanges.

Decentralization is not going to be an ideal. Instead it is going to be a survival strategy. We are going to get to the point where anything centralized will be on the radar of the regulators.

Sadly, in these instances, even though the regulators claim they are helping out the investment community, individuals tend to lose money. Certainly, in many situations, there is a need for agencies to enter the picture. Fraud is something that should always be approached and rooted out.

However, we know that isn't the case for the most part. The Securities Laws are all about control and protecting the Wall Street establishment. Between the financial and banking industries, billions are raised by bringing out a project similar to SPInvest (albeit quite a bit larger).

The opportunities in cryptocurrency are expanding. This is something that is becoming obvious. However, we cannot sit back and believe the establishment will sit by idly. As the situation with BlockFi is proving, that is not the case.

SPInvest is going to keep leveraging decentralized projects in an effort to keep increasing the return we are generating. At the same time, more projects are going to be developed following a similar model.

We could be trailblazers here. A few years ago, we watched the ICO craze where project leaders gave themselves a large "founder's stake". This ended up putting them in the crosshairs of entities such as the SEC. Some, like Block.One simply raised enough money to buy their way out with a minor fine. Others were not so lucky.

Either way, SPInvest is going to steer clear of that. We see how the different aspects of Hive are operating and the decentralization that is taking place. When something is built upon a platform like that as well as having no website, things get very challenging for regulators.

This is something that many will start to learn quickly as more end up having the same issues as BlockFi.

I don't think I saw this part about Blockfi but I guess decentralization is the answer. Who can they serve when there isn't a single entity running the entire project?

They want their piece of the pie is all.

Yeah, I took the remaining bitcoin I had out of BlockFi when I read of the first Cease and Desist letter from New Jersey. Looks like they are in for a tough time.

I'm not 100% convinced about the alternative I've chosen for those bitcoin. To move them to the Cub-Finance kingdom, thus Belt, and a non-native BTC. But I'm eying Thorchain as a potential future destination, once things become clearer over there (i.e. post chaosnet, hacks and caps).