My First Invest in dCrops

I just discovered there's a new game on HIVE. Actually, the game is not new, but 3 months old. Still, as long as they are selling Alpha Packs, we can call it new.

At the moment I have no clue about this game. What is the best way to discover it? Buy my first Alpha Packs! 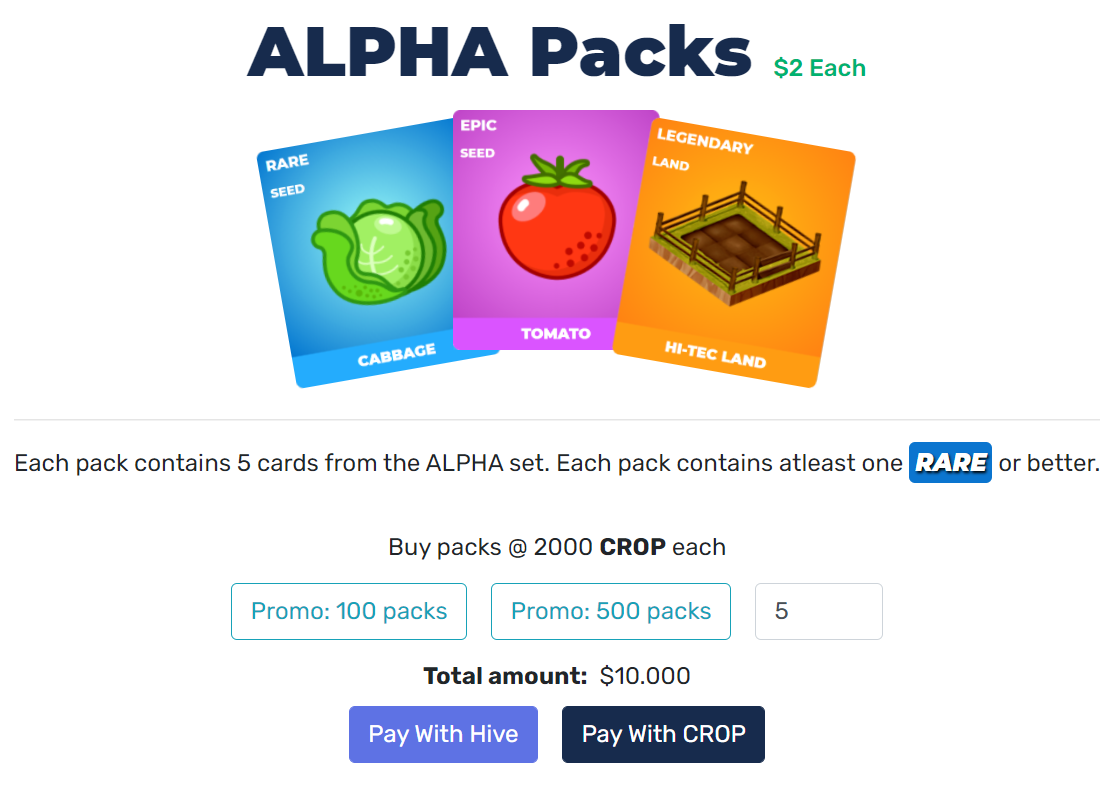 For $10 I've got my first 5 packs - although not a coincidence that this was also the price of the Splinterlands Alpha Packs (yes, the ones that are selling now for $497.93).

With the current prices of HIVE, it is a bargain to start playing with 13.058 HIVE.

Another not-coincidence: each Alpha Pack contains 5 random cards, including a guarantee Rare or better.

I don't recall now what was the drop rate of the Splinterlands Alpha Pack, but dCrops comes with the following formula: 75% probability for a Common card, 20% for a Rare, 4.2% for an Epic and 0.8% for a Legendary card. 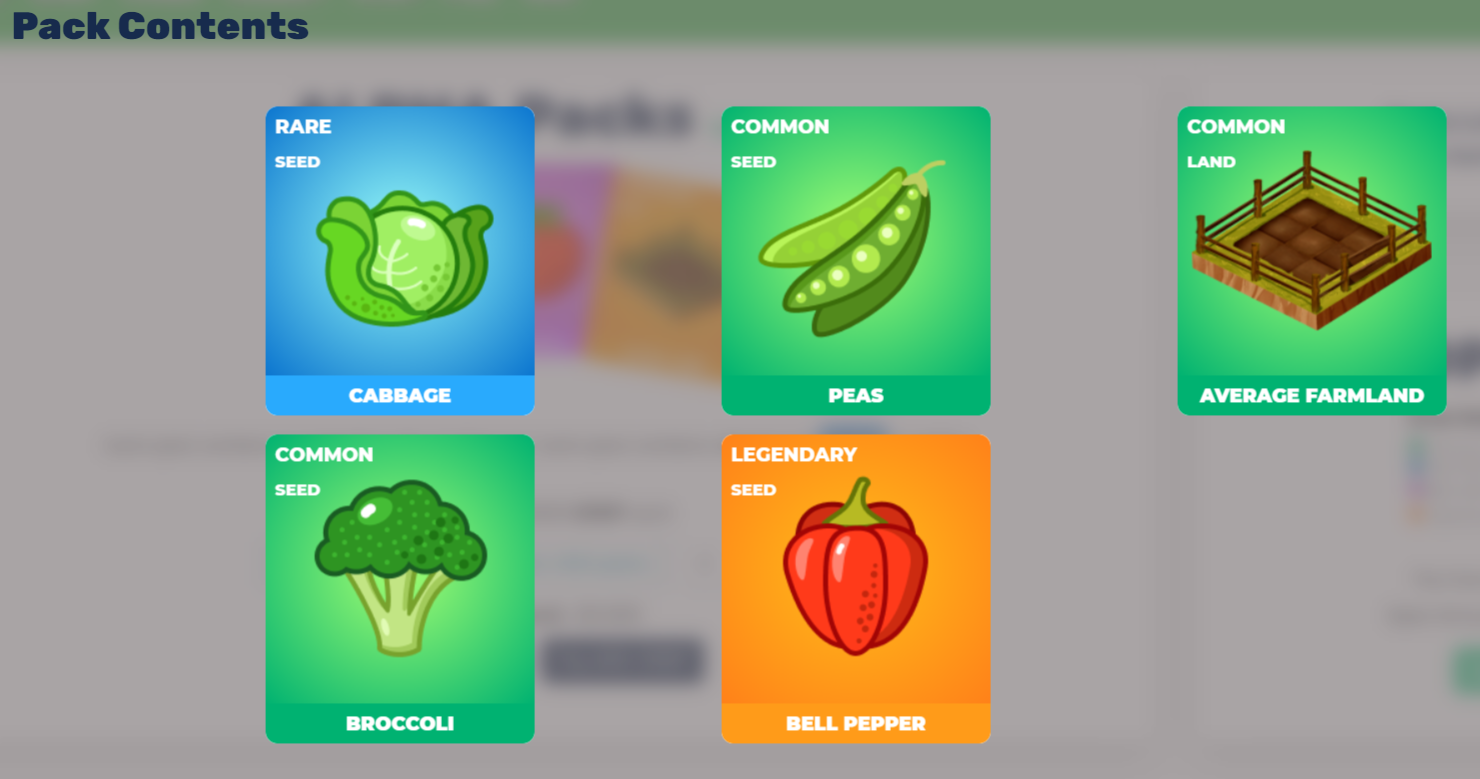 Wow! My first pack, and my first Legendary! The Bell Pepper Seed. A first Rare Cabbage Seed, a land and two other vegetables.

Second pack: A Rare Fertile Land, a Rare Pumpkin Seed, a Rare Cauliflower Seed, another land and some cereal seeds.

Third pack: another Rare Fertile Land, Rare Cabbage Seed, and some other seeds.

Forth pack: another Rare Fertile Land, a Rare Watermelon Seed, and some more vegetable seeds.

Overall, the Fortuna Goddess was on my side, but let's discover now the game.

At this moment we are in the Summer season, and from all my seeds I could only plant the Watermelon, Turnip and Wheat. All other are now in storage, waiting for their season.

Once planted, the seeds have a specific time till they can be harvested. At harvest time, from each seed card different quantities are produced, with different base price. Extra, some cards might have special abilities, but this I will have to discover later:

With all my seeds planted, there's not much more left to be done today. Next activity in four days...

If any of you would like to try the game, you might want to use my referral link: www.dcrops.com/?ref=steemmillionaire. Their affiliate program gives 5% commission when referred users buy packs with HIVE, and I will like to share this profit via some giveaways that I plan in the future.

I wish you have big fun!

Reading your post I remember that I need to harvest some of my plants and sell them out. Congrats on onboarding DCrops (myself I've joined 1 week ago) and let's harvest each season and do our jobs, pasivelly!

OMG! You are so lucky.

BTW, if you plant crops that can't be harvested before season end, then you lose that harvest. So, pay attention to when the season ends and how long the crop takes to grow.

I'd say "good luck", but it seems like you already have it.

One question: once you plan the seeds, is the card then destroyed? or you can plant the same seeds again and again?

You can replay the card.
It does have a cool down period, but it will be ready by the time the season comes around again.

@steemmillionaire! This post has been manually curated by the $PIZZA Token team!