Thank You LEO!! Long Overdue from Myself.

@steemstreems 59
over 1 year ago (Edited)
LeoFinance

No part of this post is meant to be bragging, but a thanks to @khaleelkazi and all of the people who have helped to advance the LEO ecosystem. The only part that I can lay claim to is that I recognized the potential opportunity and brashly plopped down my hard earned cash!

I am not good with memory or details, but this is my hazy inaccurate telling. Not too long ago, some STEEM people airdropped PAL. Then @khaleelkazi airdropped LEO to PAL holders. This new token was to support a community around the niche of finance. I was (and still am) very interested in all things finance.

I initially was drawn to the finance topics and that was great, but the more I lingered, the more I noticed that this community was led by a doer (who surrounded himself with other doers). This fascinated me because I am primarily a thinker and not a doer (all hat--no cattle as they say).

Every month Steemleo would come out with some new plan or implement some previous plan. One of these plans was miner tokens. I loved this plan because, like I said, not a doer. Loved the idea of spending my money to make money in perpetuity (it is forever---right??), Therefore I did a very uncharacteristic thing for me. I started plowing money into miners. Even though I knew that this didn't make real financial sense in the short term. Next thing I know, I have spent more money than was wise, or that I really had, and acquired a lot of miners.

Turns out that this was a very lucky thing. LEO kept implementing new and positive plans over and over again. Even though the price did not grow exponentially, the community just kept moving mostly from win to win. When they had a loss they cut it and moved on to the next win. I was a whale!!

Fast forward to the next big innovation in my mind. WLEO. Well, given my past success, I jumped in with both feet there also. Took roughly half of all my LEO, converted it to ETH and jumped in the pool. BOOM!! I was gonna be rich!!

And the Door Slams Shut...

Somewhere in the middle of the night during the WLEO first days, I was on discord basking in the success of WLEO, when someone noticed A LOT of ETH withdrawals from the pool. They speculated that it was a looter. Everyone was talking about getting your funds out now. My greedy ass thought "Hey! They know about him and will be able to stop it!" I could get even more on the cheap.

Long story short, they got away with the booty and WLEO the 1st got shut down. For me a pretty much total loss because I got green-eyed. I was pretty dejected by this and put LEO aside for a while.

After licking my wounds for several months, I come back around to see things still going well. I like to pout about my losses, but really I am still a whale by any estimation and I can't help it. I just like this project! They"re doing even more things. Improving the user interface, WLEO back up and running, onboarding etc.etc.etc.

One night I am on discord trying to figure up whether I have broken even on all of miners (short story -- yes), when I relate the WLEO disaster story. I really am a whiny thing :-) Someone basically chimes in and says didn't you get the Make Up Fund?

I was simply floored and elated. I never thought in a million years (nor expected) such a thing. My losses were a result of my own decisions and greed. That Make Up Fund led to this: 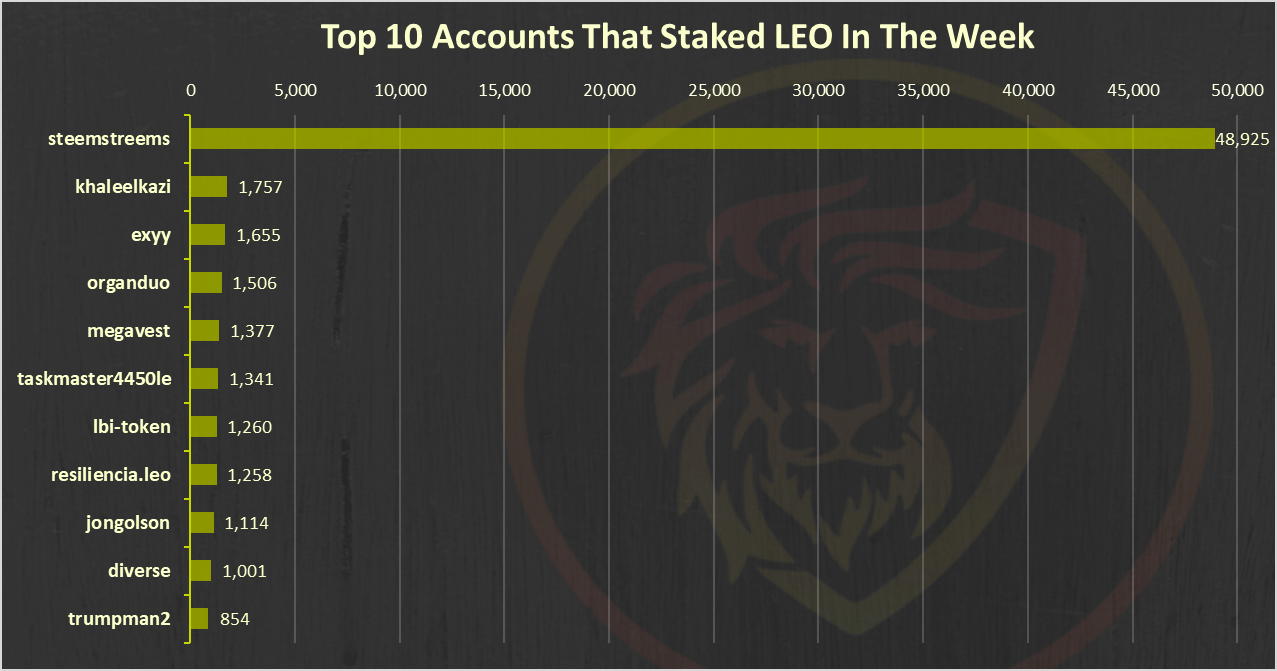 I almost still can't believe it! MAKE UP FUND??? Those three words basically sum up LEO for me. It encapsulates what LEO is. A forward thinking, get-er-done, pick-yourself-up-and-dust-yourself-off, and never leave your buddies behind kind of project.

I, for one, am back on the train and taking a ride!!

Jump on the LEO train and take a ride!! We're going places!!!

The train is leaving the station soon!!

Glad to see you back and active 🦁

I hope I can keep up some steam this time and be a little more engaged in the whole process :-)

Thanks again for all that you do! As far as I'm concerned, you are the bees knees.

Wow thank you for sharing your story. Leo is really exciting and I am reaching out to find users who want to share their story on HiveCoffee or talk about projects that are exciting. I didn't know much about that so thanks for filling in some details!

Thank you for that. I am really lucky to have an abundance of means in my life. I am humbled by so many on here who have done way more with way less. Shamed at times really :-(

The LEO team is accomplishing many great things and dragging lots of others along with them. It is very inspiring to be a participant in that.

Congratulations @steemstreems! You have completed the following achievement on the Hive blockchain and have been rewarded with new badge(s) :

I love this story. What a remarkable turn of events for you.

HaHa!! Yes. even a blind squirrel finds an acorn everyonce in a while :-)

Your story is proof of such a great admin team. It makes me trust in them and their process. Very exciting times ahead. And especially happy it turned around for you.

That is very true. I myself tend to be all over the place like DOGE after a Musk tweet, but they are laser focused ;-)

So you had no idea all of that LEO from the make-up fund was just sitting there waiting for you?

That must have been a nice surprise to say the least.

They were very good at sorting that out for us! And things have just got better since.

glad to have you on board.

After licking my wounds for several months, I come back around to see things still going well. I like to pout about my losses, but really I am still a whale by any estimation and I can't help it.

Welcome back, we don't know each other, but we have the same goals, so let's keep going together