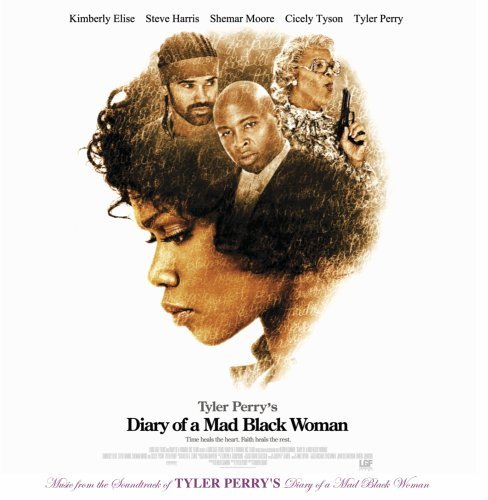 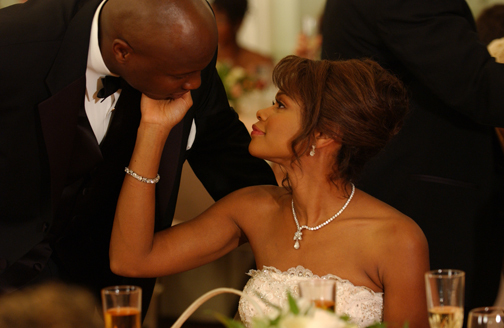 This movie was about a woman who married her college sweetheart and was ‘ride to die’ for 18 years when he came home one night and put her out. She had given up her own future to live his. She stood by his side to only be abused by him in every way imaginable. She spent their younger years going thru the stresses that life placed on them causing her to not be able to have any children. After he became a big lawyer and rich, he pretended to be the loving husband but also began to always has to put in long hours leaving his wife alone in a big ole house. 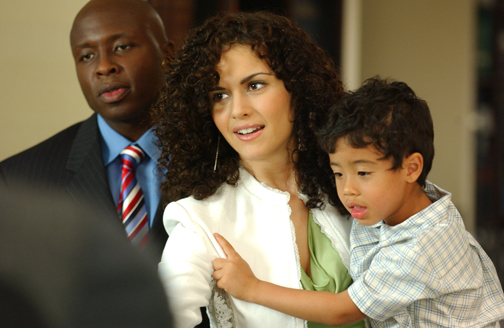 It was the 18th anniversary of their marriage when Helen found out that she was being replaced with a woman whom her husband had an affair with for years and this woman gave him what Helen couldn’t, 2 children (sons, every mans’ dream).
It was a struggle but once Helen decided to move on with her life, she demonstrated the strength, dedication, & determination to go on. 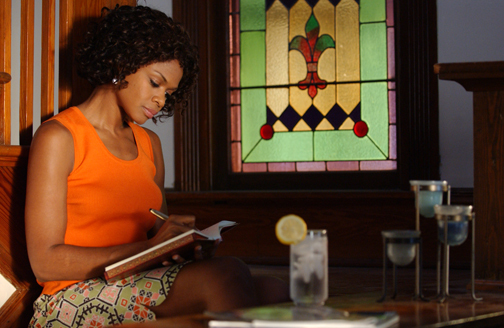 The strength to pick herself up and move on in life is what resonates with me. I love that she was able to keep a dairy and devote her feelings & anger to paper. Her day-to-day life after the down spiral her life had taken started her on a journey where she grew from hatred to love. She went from the lowest point in life to a high that one could only live to even begin to know what she went through.
Although, this movie came out long after the lows in my own life, there was a part of the movie that further strengthen me that showed me I could reach heights of life that I didn’t know or think was possible.

My favorite parts of the movie

There’s a part of the movie where I have mixed feelings, when Helen is thrown into a situation where she had to strong through all her anger. Her husband, now seeking divorce, was shot and on life support. Helen, went to the hospital to find that the woman he left her for was about to pull the plug. This is where she began to fight. After the hospital found that legally they were still married and that gave Helen the right to make the decision about his life. Although she was filled with hate for him and very angry for what he had done, she still could not just give up on him like that. 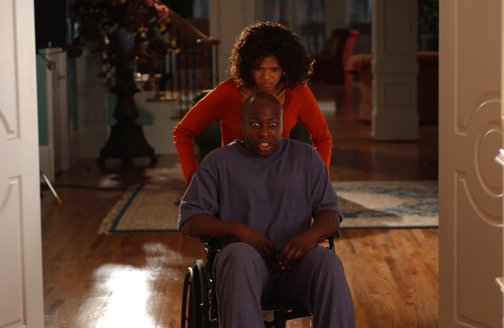 She put her life on hold from the new love & happiness she found to move back in to his home and take care of him, as now he was handicapped and unable to do anything for himself. She was mad and let him know by treating him as hurtful as he had treated her. This may sound bad or mean, but you have to watch it to understand why I liked it so much. And besides, it made him stronger and get over that cold spirit he had towards her. It made him see what she felt when he treated her so wrong through those years of their marriage & when he threw her out the house with nothing but her clothes. 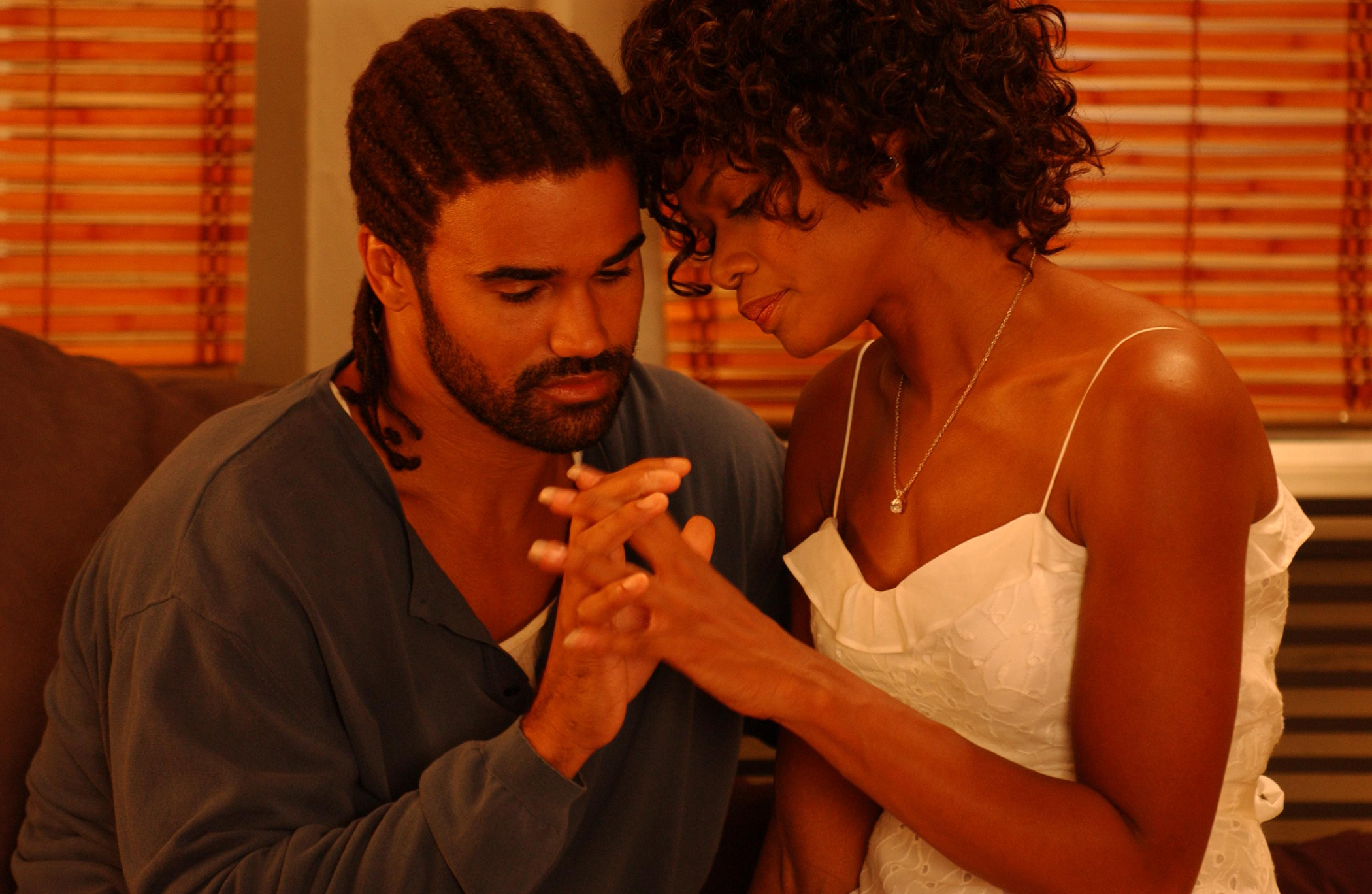 The other part to me was the best part of the movie, when she had grown and found strength, she was no longer the ‘mad black woman’ & was able to allow love into her life as well as give love again.
Kimberly Elise, played this role well and displayed very well the emotions of life’s ups and downs. This movie portrays many emotions we all go through, but what I like is the strength of a strong black woman & the actions we take. Bring able to go through all the downs and rise above to end up on top.
There are many movies with fictional characters like Helen McCarter, played by several good actresses (black, white, & other ethnicity) but this is one of my favorites. Another movie is ‘Apple Mortgage Cake’, also played by Kimberly Elise. 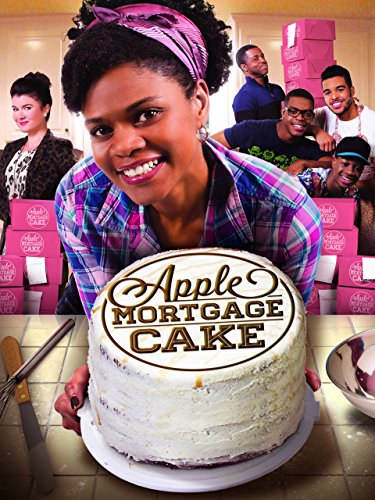 This movie moves me as a mother named, ‘Angela Logan’ is raising 3 sons, nearly men now, but is fighting to save her home which has been in her family for three generations. The house is falling apart and the city is on her to bring it to code. She’s been out of work (a substitute teacher), and money is running out, and on top of all that her youngest son, still in high school is suspended for bringing a knife to school. In the end everything works out and she finds love & support. But you have to watch it to see how a long-time family recipe for apple cake helps her to save her family & home.

Both of these movies fictional characters are as real as life can be. Things may not always go like in the movies and even some of the things that take place in the movies wouldn’t fly in real life but these things do happen.
Sometimes when your down it seems like there’s never a come up but it’s the strong woman that survives the toughest threats that life had to offer. That’s what makes these women like me. I know I have had some really low times in my life and now at nearly 60years old I’ve seen better days for about the last 15 years of my life. I’ve been through some of the challenges that are portrayed in these movies and when it all said & done, I’m still here. I’ve been down low and have seemed to rise above the crap including find true love at a late age in life after going through some rough stuff. My life now is like in the movies, I’ve been down several times and when it rains it pours but I’ve always found the strength to pick myself up and rise above it all. My life now is full of love & happiness! We just celebrated our 12th year year anniversary on March 18, 2022 and have been together for 16 years to the date!!

This contest is about a fictional character that is most like you. Cine has this contest every week with a different topic. If you woul like to check it out Click Here/Cine TV Contest.

All photos caom from the photo gallery on IMDM.com of each movie.

Dairy of A Mad Black Woman

If You're Interested in reading more on these movies or finding where to watch just click the links below;

Dairy of A Mad Black Woman

At times we do not know how it feels when we put the people who loves us into bad situation and make them feel bad, Helene may have treated him bad but it was good since it can make him feel what she Felt when he put her in bad situations and unhappy circumstances.

I would sure watch this movie.

Great post! For sure seeing women able to stand up for themselves and be able to ive a good life is an inspiration - and should be portrayed as much as possible on the big screen!

Also, nice pictures of you and your husband!

Thank you so much for your entry in the Cine TV contest! This is a fantastic character and entry. The story you shared is very moving and it was nice to see pictures of you and your husband! Congrats on 16 years together! Thanks again for your entry.
If you haven't joined our Discord family, please click the graphic below to join us!

Thanks, for all compliments!

I am a part of your discord channel.

Definitely, one of my favorite Tyler Perry flicks, but it was very enlightening to read your comparisons to the charachter Kimberly Elise performed and how your relate to the movie. Glad I was able to see the mail over at ListNerds to gladly come over to your post @successchar

Thanks, glad you found your way to my post from listnerds.

I think I haven't seen them, so I'm going to check if I can watch them soon.
I usually enjoy these type of movies!

Good luck in the contest!

Both these movies are filled with emotions & a lot of ups and downs, happy & sad, and lots of surprises.

I'm sure you'll enjoy it.

I had heard of the first movie but not of the second one. They both sound like amazing stories and I have seen other things by Tyler Perry that are very well done. I will definitely check these out. Women tend to be stronger most of the time. Roy, my husband, says that if men had to have babies none of us would be around. Happy Anniversary! Love your photos.

Yes I love Tyler Perry movies and have seen most of them. He's a very good actor, writer & producer.

My favorite one is the Alex Cross one where he plays a profiler. I am a crime drama junkie though. Have a great day and week ahead, Charletta!

I've seen that one too. He has so many, I have a few favorites but too many to list.

That's the way I am with my crime dramas. It's hard to pick one favorite. Have a great day and enjoy the coming week! 😀

Oh, I love those too. Right now I'm catching up on Law & Order, SVU when I have the time.

Enjoy! I love my DVR cuz I can save them and watch when I have the time. I can 3x fast forward through the commercials too so that I can watch more in a shorter space of time. LOL

I don't have a DVR, never saw a use for one. I just have a Roku & 1 paid channel where I don't get commercials. Sometimes I don't mind the commercials. If I watch a channel with commercials, I just get up and do something quick and even if I'm up to long I can always rewind. I have basic cable but rarely watch it, my husband does though. I only had to get the cable in order to get internet. That's the downfall in living in a small town.

You pay way more for internet here if you don't get cable with it. When I am watching something live with commercials I get up and do other stuff. Or if I sit there I just mute them. We stay home more than 90% of the time so TV and movies is our source of entertainment. Have an awesome day! See you around here during the week! 😀

I really enjoy the work of Tyler Perry as it does have a little bit of everything, comedy, romance, action, drama. I like posting in the CineTv community and plan on doing it much more often. Hope you win the contest good luck.

I think that's one of the reasons I like his plays and movies. They're full of emotions and the stories are very realistic.

This isn't necessarily true in this day and age.

Well, everything changes to some degree, however, most men have learned today that there's real happiness with a healthy child regardless of sex. But I haven't meant a man who would love to have at least one son.