Hey I'm no expert here!!
As a matter of fact if there's anything lower then novice, that's me! I get so excited when I win a battle cause I know I just got lucky. The only thing I know when building my team is how many lives they have and the inpact of their hit, that's it.

I still enjoy it which is funny cause I never got the point of those card games. I had 2 sons who would play Yoghio cards (probaly spelled it wrong). I would here themm talking about this card is better and that card ain't worth nothing, how one card had more power and all that stuff and would just think, "You got that".

Well here I am playing splinterlands and have no idea what any of this sh** means, but I'm in it for the long haul, eventually I'll learn more.

I don't always play everyday, but this season I played a little more then usual and I wanted to share with you the cards I recieved. I had completed 3 quest in all, death, earth, & fire. I the death quest I did not receive a card but this first card I received after I completed the earth quest - 'HARVESTER'. 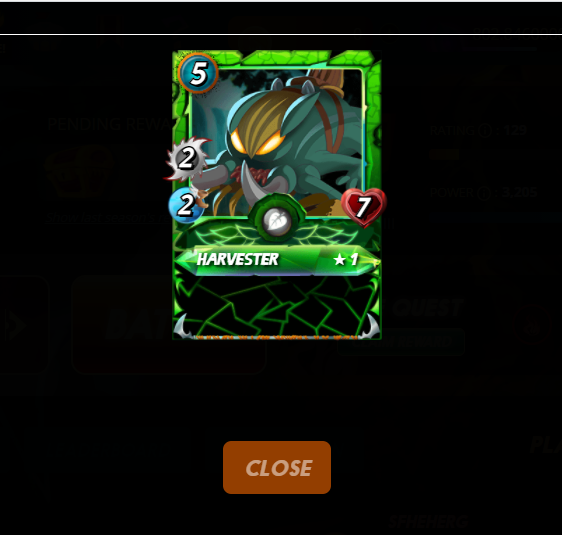 Then I received this card after I completed the fire quest - 'TWILIGHT BASILISK' which is a RARE card. 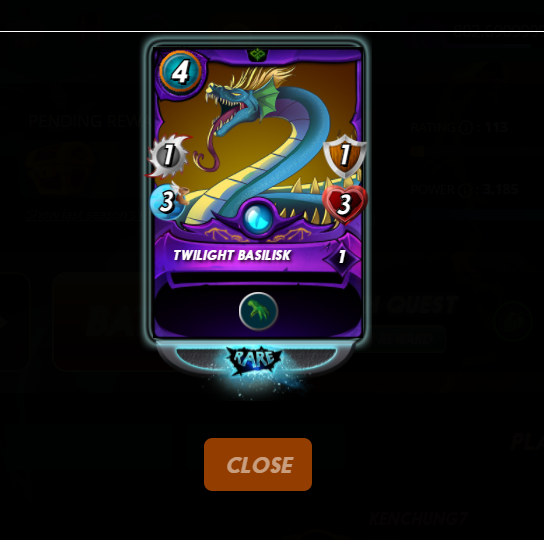 And I received this one at season end 'DJINN RENOVA' which is an EPIC card, along with some potions and a few #DEC.

I had so much fun this time around that I plan to play more often.

That Twilight card is really cool! Looking forward to playing with it...I just need to get it LOL

Good to know, I'll play with it, but no rush for me I'm still learning.