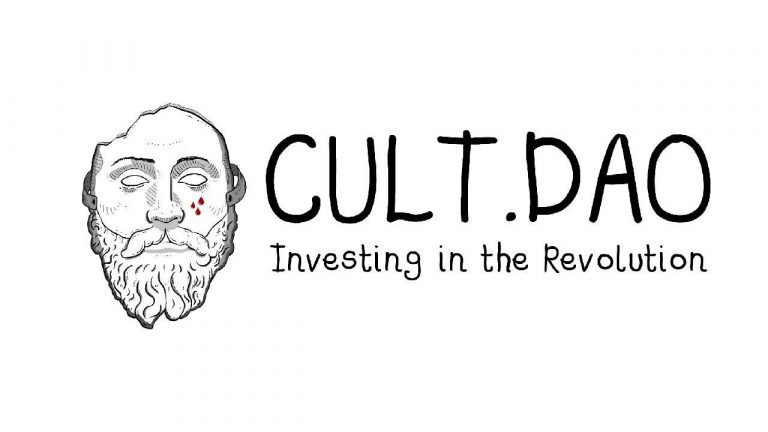 I have come across this interesting press release in coinquora.com about Cult DAO.

"Cult DAO is happy to announce its launch and has released The Cult Manifesto, bringing what it bills as, a first completely decentralized token. In theory CULT, like Bitcoin cannot be stopped once it has started. Cult DAO serves to fund “those contributing or building towards a decentralized future”. The exchanging and transacting of CULT will continuously replenish the treasury due to a small 0.4% collected on every transaction. As long as proposals are submitted, there will be a steady source of financing for any protocol wanting and willing to alter the world. However extreme that could be.

Cult DAO’s goal is to accelerate the downfall of the global banking system and the current world order. The project is the first entirely decentralized financing mechanism to sponsor revolutionaries and those eager to break society’s ties.

Pushing for Fair Distribution of Power

Governed nations derive their just powers from the consent of their citizens. CULT aims to end the tyranny of sovereign nations and central banks by accelerating the collapse of the old financial system.

The Cult Manifesto makes for striking, dangerous yet gripping reading. Mr. O’Modulus, the anonymous yet confirmed by KYC as a famous existing crypto protocol founder, stipulates that today’s monetary system keeps people in poverty as debt-based societies need inflation to operate, and inflation serves to rob the poor and keeps them from ever catching up. It aims to have an out-of-control project that will awaken all of the inhabitants on our planet. Fair distribution of power is an achievable goal if people want to take part in it."

As I have mentioned in my earlier posts crypto and blockchain are going to transform every aspect of our life. In the coming months and years there will be thousands of crypto tokens and blockchains for every possible use case we can imagine to exactly do this. We have no idea how the world is going to be transformed in 5 or 10 years from now.