Which batsmen have the highest percentage of ducks in Test cricket?

I was inspired to research which batsmen have the highest percentage of ducks in Test cricket by the dreadful form of England’s opening batsmen this year. 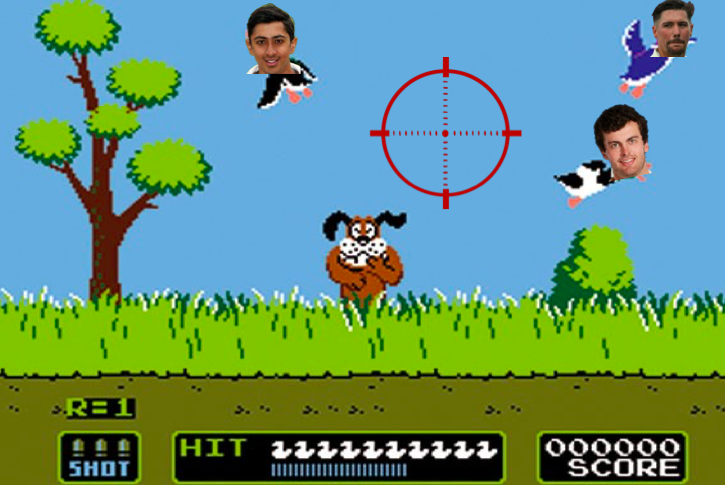 Rory Burns, Dom Sibley, Haseeb Hameed and Zak Crawley have between them been dismissed for nought on 15 occassions when opening the batting in Tests in 2021 (they still have 1 match to play). Indeed just shy of 25% of England’s opening batsmen this year have ended their innings without troubling the scorers or to put it another way England lose an opener for a duck on average once a Test.

But how do these numbers stack up against the overall record for the highest percentage of ducks in Test cricket?

Below are the top 10 batsmen who have the highest percentage of ducks in Test cricket and it won’t come as any great surprise that they are all tailenders!

Chris Martin was the very epitome of a walking wicket and arguably the worst “batsman” in the history of Test cricket. Not only does he feature prominently in our lists here for highest percentage of ducks in Test cricket but he is also number 3 on the list for most ducks in Tests and the only man to have been dismissed for nought more than 30 times who has not featured in more than 100 matches (Martin played 77 Tests).

Martin followed in the footsteps of another New Zealand seamer who was not know for his skills at the crease. In fact, Danny Morison was such a joke with bat in hand that the New Zealand cricket team released a duck caller for his testimonial match to celebrate just how truly awful he was when wielding the willow. 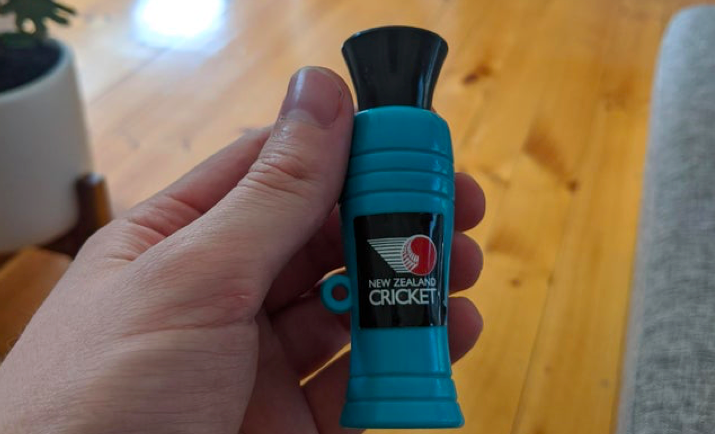 While Merv Dillion tops the list of batsmen with the highest percentage of ducks, it is noticeable that he has far fewer not outs than anyone else in the top 10. His career as a batsman generally saw him coming in at number 8 or 9 not mention the half dozen Tests he featured as a nightwatchman. He was also part of a West Indies side that had a very long tail meaning that Dillon was probably batting a couple of positions too high and perhaps shouldn’t be considered in the same category as a few of the names we’ve already mentioned who got to protect their wicket by coming in at number 11 just ahead of the heavy roller!

If we were to factor in only completed innings i.e. remove innings were the batsman was not out, then we get a very different picture. Our man Chris Martin rises to number 1 while Merv Dillion drops down to 24th.

The biggest rise though is from Ewen Chatfield another New Zealander who finished his Test career with an incredible 33 not outs. Chatfield generally batted at number 11 for New Zealand including in his debut Test where he did his best to save the match for his team by blocking out 79 balls before being struck in the head by a Peter Lever bouncer that fractured his skull and stopped his heart! Credit then to Chatfield for coming back from that horrific injury and making himself difficult to dislodge even though in innings where he was dismissed the majority of the time it was for a duck. 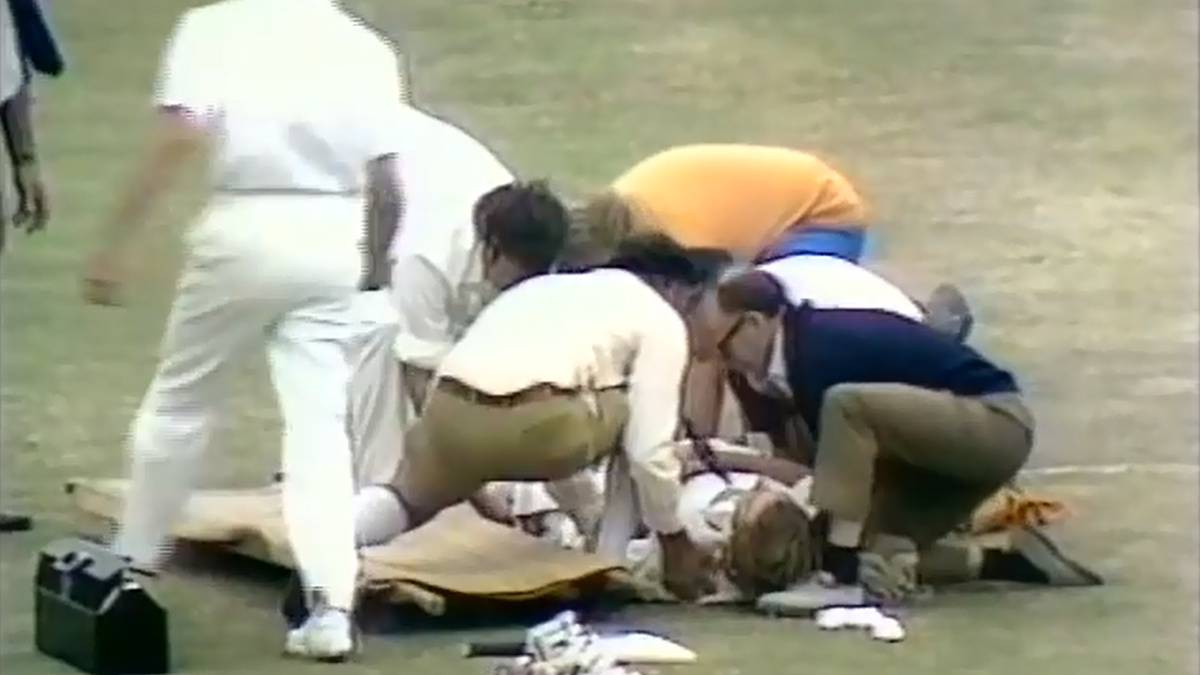 So far we've only considered batsmen (that term being used in the losest possible sense) from the past but it's also noticable that we have a few current players high on the lists.

Sri Lanka have 2 such men in the form of Lahiru Kamara and Nuwan Pradeep. At 35-years-old Pradeep probably won't add many ducks to his already impressive collection but Lahiru Kamara at just 24 years of age almost certainly will!

Indeed, in his last 13 Tests going back to 2018, Lahiru Kamara has only scored runs twice including a battling 5 not out against New Zealand where he helped Dhananjaya de Silva reach a hundred and then 3 not out against the mighty Zimbabwe! In the same period he has been dismissed for nought in 7 out of 16 innings (44%) so on current form he could certainly challenge Merv Dillon for the crown of highest percentage of ducks in Test cricket by the end of his career.

Jasprit Bumrah, arguably the best out and out fast bowler in world cricket at the moment also features on our lists but there are signs that the Indian quick is turning things round. In the 4 Tests against England this year Bumrah scored 87 runs at an average of 17.4. He was dismissed for a duck on 3 occassions too and of course we shouldn't forget that England have histroically struggled to clean up tails in Test cricket but there is evidence that Jasprit is putting in some hard time in the nets to improve his technique. As Steve Waugh use to tell Glen McGrath, you never know when your number 11 might need to win you a Test and India and Bumrah seem to be taking the same approach.

Finally, let's stop picking apart the batting records of men who are true bunnies and focus on some the genuine batsmen who have a high percentage of ducks in their test careers. Our final list then shows batsmen with a career batting average of at least 20 and at least 1 Test hundred to their name who have been dismissed most frequently for a duck.

Highest percentage of ducks for batsmen with career average of at least 20 and at least 1 test century, min 30 innings player image source

The big name at the top of the list and a man who is still playing (although he hasn't played a Test for India since 2015) is Suresh Raina. Raina is a white ball legend n his homeland and currently sits 4th in the all time run scoring stakes for the IPL. However, his transition into the Test arena was not so smooth with his weakness against the short ball and propensity to knick off outside off-stump leading to a high number of ducks.

Worryingly for the likes of Burns and Hameed they are showing the kind of early innings vulnerability that has ended the careers of most of the men on this list. Will they be given another chance in the 3rd Test of the Ashes? Do England have any better alternatives? Whatever the answer is it seems that from an Australian bowlers point of view it is very much still duck hunting season!

Stats sourced from espncricinfo and howstat

Hi @talesfrmthecrypt,
Thank you for participating in the #teamuk curated tag. We have upvoted your quality content.
For more information visit our discord https://discord.gg/8CVx2Am

Wow crazy with Chatfield! The duck caller is hilarious! I remember 22 years ago watching Ajit Agarkar when India toured us down here in Aus. 5 ducks in a row it was unreal. And he scored a century at Lords somehow ..

Ah yes, good old Ajit! He wasn't far off appearing on the list with a duck percentage of 23 but unfortunately his career average was under 20 (16.79).

More recently Ashton Turner had a horror run of ducks albeit not in Test cricket. 5 in a row in T20s and I seem to remember he was nearly run out in the 6th match without facing a ball!

Wow I didn't know that about Ashton. This is the same Ashton that almost scored a century on his debut in England!?

Hey @wolfgangsport, here is a little bit of BEER from @talesfrmthecrypt for you. Enjoy it!

Burn was good in domestic cricket but not able to play in international matches. From this new opening lot i still think if they give more chances to Zak crawly then it will good because I feel he is much better from those players. We can understand bowlers out on suck but when batsman it hurt. Currently only root and malan looks playing.

Crawley is a good player but I'm not sure he has the temperament to open the batting in Tests. They might look to bring him into the middle order to start with and see if they can move him up the order later on

I don't know why but baristow is also good in middle order but not in playing 11. England latest team looks as much as week in taste compare to ODI or T20 team. Let hope to see bounce back in boxing day test match.

Bairstow's Test record has gone down dramatically since he changed his technique to be more effective as a limited overs cricketer. In particular against high quality fast bowling he is very vulnerable.

Yes i understand but still he is better then other players who are currently in the team.

Hey @birjudanak, here is a little bit of BEER from @talesfrmthecrypt for you. Enjoy it!

I think what makes me laugh about Burns is the guy actually rates himself with the long hair. He looks more like a player out of his depth and believe his career is over after this tour.

Might be a few in the same boat! I wonder how much longer they will persist with Buttler and indeed how much longer Buttler wants to play Tests. Might be that he'd be better off focusing on white ball cricket especially as he appears the most likely to take over from Morgan when he retires. Then of course you've got Broad and Anderson. England will be starting to think about who is going to be in their team for the 2023 Ashes in England.

Very true as the nucleus of the bowling attack is about to step down. There are some decent prospects around and they need to start getting them ready quickly. Most teams have a rebuilding phase at some point but not with so many players all at once. Bairstow was a better keeper than Butler and often wondered where he is now. Surely Jason Roy would be better than the openers you have now if he could just calm down a bit as at least he would bring some runs.

Bairstow changed his technique and stance in order to become a more effective white ball batsman. It worked but it leaves him vulnerable on both sides of the bat. He is frequently bowled or LBW now that he's opened up his stance.

Roy just doesn't play red ball cricket at domestic level anymore so if we pick him again for the Test team then it's off the back of his form in limited overs cricket.

Hey @cryptoandcoffee, here is a little bit of BEER from @talesfrmthecrypt for you. Enjoy it!

First time I saw duck hunt in 30 years. Did that gun really work?

It was a simpler time!

Hey @blanchy, here is a little bit of BEER from @talesfrmthecrypt for you. Enjoy it!