This is only in the second quarter alone.

Let us delve into this.

Over the past couple months I wrote about how dangerous the Venture Capital firms are to freedom, wealth equality, and the progress forward out of the old system. There little that is less inclusive than the Venture Capital world. This is dominated by wealthy firms who are able to sustain many losses in hopes of large gains. 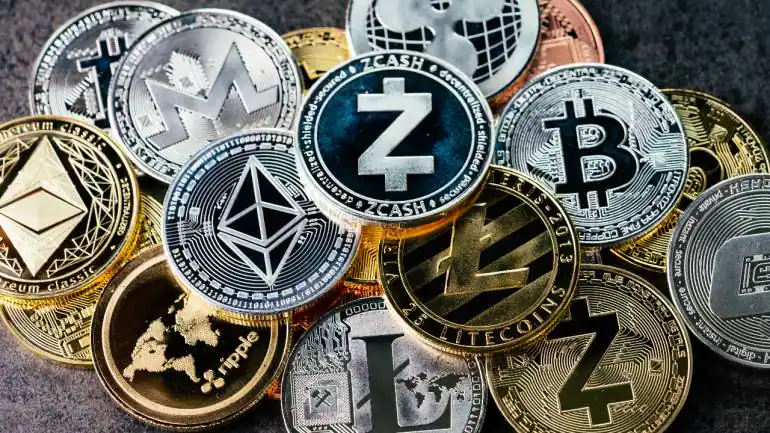 Of course, when the proverbial ship comes in, it is enormous. This more than compensates the ones that do not work out. It is a numbers game and a return of thousands of percent can make up for a lot.

The reason why this is dangerous is because this is money that is flowing outside of cryptocurrency. Essentially, this is providing a foundation whereby the established entities seek to control what is being developed. At some point, the users and the VC firms will be pitted against each other.

We all know how that works out.

Tokenization As A New Model

It does not take a great deal of cryptocurrency insight to realize that we have the ability to operate as our own Venture Capitalists. Through the tokenization process, we can establish our own funding mechanisms to develop the applications that are needed. It is a process that would enable us to avoid the traditional user versus VC situation that inevitably arises.

There are a couple ways to do this.

We can take the replacement approach. Simply put, we replicate what the VC world is doing. Under this scenario, we operate with our own funds. The risk is assumed by the members of the community who put up their own tokens to help get things developed. Through the fractional nature of cryptocurrency, this could include millions of people instead of just a couple of VC firms.

Of course, if there is a major breakthrough, the reward also stays within the cryptocurrency community. The members who put up tokens are rewarded and, thus, have more resources to allocate to other projects.

All profits can be used for future growth, a step that will expand the entire industry.

Another option is what Vitalik discussed the other day in his presentation. He mentioned the idea of establishing self funding to produce more than just applications for DeFi purposes. Naturally, for those on Hive we already see this in place.

Hive has a DAO set up that provides financial resources for funding development. This is a model that will enable platforms to expand while benefiting their communities, not Silicon Valley Venture Capital firms.

Tokenization is the pathway to an entirely new model.

$40 Billion Lost In One Quarter

For now, we are still mired in the typical VC driven world. This is showing up in the investments flowing in to cryptocurrency projects.

The $40 billion figure is just an estimate. What it does is emphasize the potential that is being lost in a numerical fashion. We will see how much the numbers can grow.

According to CBInsights, of the $30 billion in FinTech VC financing in the second quarter, a record $4 billion found its way into the cryptocurrency market.

Obviously, some rudimentary math skills tells us that a $40 billion return on a $4 billion investment is a 10x on the money. This is a completely arbitrary number so it could be much higher. We know VC firms, when they are right, they make huge returns. The risk is great but, as the article shows, as secondary rounds of funding are provided, it can be reduced as the projects are moving forward.

Read through the link to see some of the names that received a bulk of this money. This should provide some insight into how much potential these VCs are looking at.

We all saw the numbers that some of the firms walked away with once Coinbase™ went public. That is a lot of money that the average investor was excluded from.

Here we see the same thing duplicating. VC firms pumped $4 billion into cryptocurrency projects in just one quarter. If this does provide a 10x return, which is likely on the low end of the projections considering the projects, that is $40 billion not being captured by the cryptocurrency community.

The second quarter was a record. However, as this industry grows, we can expect those numbers to also increase. There is a lot of capital flowing into here. If we focus upon the $40 billion, what would that work out to on an annualized basis? What happens if the return is higher than the 10x? How much more will flow in the next quarter or two? Could we be looking at potential profits of $50 billion? $60 billion?

What we need to realize is that, if we add up these projections, the numbers get very large. We are talking about hundreds of billions of dollars, potentially moving into the trillions down the road. This is all money that is going to the small circle of people who are involved in the VC world.

How much of an impact would a couple hundred billion dollars have on the plight of average people if we had access to those proceeds? How many millions of lives could be changed if they were able to participate in the process?

The question is did the cryptocurrency industry even invest $4 billion dollars in the last quarter into itself? We likely could make a case that we didn't even approach that amount collectively.

It is easy to overlook this now. However, focus upon the potential profits and then consider that is money that is being taken out of our pockets. Sure, some of us might end up buying the stock in those companies once they go public. Yet, like we saw with Coinbase™, huge profits were realized before it even hit the market.

Do we want that to happen with what becomes some of the most popular cryptocurrency applications? Is there anyone who is committed to this industry who wants the top 5 applications to be benefitting VC firms that are going to then basically flip it to Wall Street?

Obviously this is a situation we are going to have to look at correcting.

VC is absolutely not acceptable in crypto world ..There is only one source i see and that is Hive where we can create token to promote the project and there is nothing like VC.Bitcoin is the easy victim of all these big firm companies who just pump the price with lot funds and sweap the market after get profited. Long live hive and protect us from VC trauma.

A lot o it is going to come from the small developers to start. We need projects like @brianoflondon is working upon. When they achieve success, that will help to attract more.

Of course, if there is a major breakthrough, the reward also stays within the cryptocurrency community.

When the Hive price go up a little bit, people immediately start a massive selling, exchanging their Hive to fiat currencies. We really need a major breakthrough to stop that. Once people stop that, Hive can really go to the moon.

There will always be those who cash out. That is going to take place as long as people have bills to pay. We need those people so it is not really a big deal.

What we need is people to have options of taking some Hive, as an example, and then investing in a new crypto project that is raising millions.

We still are not at that point.

Well the reason this falls on deaf ears in the crypto communities is because they don't understand the purpose of crypto. They think its about a come up or getting wealthy. Crypto is about freedom. They don't really understand that which is why people are commenting as soon as hive goes up a bit they start trading it out for fiat currency.

They really trying to get fiat currency. They not trying to create the infrastructure for vendors to accept crypto based on ideas of freedom. they want to live comfortable in a slave driven world. Same here on hive. If they really wanted freedom they'd choose systems like bitcoin myk that make them free. That give people back to the other every person.

They don't do that they chase greed and this slavery fiat system. So as long as this happens the process repeats. They should listen to people like me and not people in crypto who's only aim is to exchange crypto for fiat currencies like teh whales mostly do.

Only crypto project i see that's pushing real freedom is bitcoin myk. That will be a long going process. It will take much for people to understand it and choose freedom. I can pretty much assure you that unless hive comes under some type of hardfork. It's not going to be able to fix this issue and mindset the way it's setup.

I'm like John the Baptist crying out in the wilderness and that's okay because i know the crypto community is shrouded in ignorance. I know they don't understand and they have to grow up to that. I'm very skeptical the makeup of hive will be the solution but i do think there will be one that moves the people in the right direction in the future.

You nailed it. !BEER

Hey @mykos, here is a little bit of BEER from @fiberfrau for you. Enjoy it!

Essentially, this is providing a foundation whereby the established entities seek to control what is being developed. At some point, the users and the VC firms will be pitted against each other.

Truly, this is the crux of the issue. Many love to see those x10+ gains from outside money in the short term, not realizing that this gain is either short-term or a play to takeover the network and control it. Networks that become controlled by VCs will have their growth stunted by exponential margins in the long run. Everyone thinks you need that VC money to develop cool stuff... VC money is the opposite of what you need if you actually want to control your own destiny.

Especially when we have the ability to fund a lot of it ourselves.

Off that an industry that can create its own money still is depending upon VCs for advancements.

Well, that's the circulation. We just ride on and accept the fact. Let see what will happen next.

We just need a model more similar to gofundme for crypto. Its pretty much made since we can fund things by buying the tokens but like most VC firms, most will not succeed.

That is true although I would say this is something that the #DeFi application could incorporate.

Perhaps the IDO will open the door for that.

Smh 🤦‍♂️ I'm still in the green so #fuckswag

Its a great statistics. Since the time I joined Hive, I always had this question. What is the value of investments in #hive. Are there any venture capitalists who are involved or invested in the concept which was absolutely revolutionary for the decentralized world. What is the market capitalization of #hive as a cryptocurrency.

VCs have been as usual the ones benefitting from new technologies and high returns BUT for once, normies as you and I have had a shot to invest thousands of USD into Bitcoin, Hive and other protocols and ALSO reap these x10/x25.

I like to see this as a better ecosystem than what it used to be.

Of course it should continue to broaden so the average Joe has a shot at these returns.