Digital Ledger Technology (DLT) is nothing new. In fact, the idea of Bitcoin was actually taken from a system that was in place since roughly the end of World War II. For this reason, we know, contrary to what many claim, that cryptocurrency is going to succeed.

At the crux of the matter is the fact that many in the "establishment" believes that regulation and oversight is needed. This is a move that is being pushed at the moment. However, for the last 70 years we saw a system flourish that was outside the scope of both the United States Government and Federal Reserve.

This system is known as the Eurodollar. It is based upon the USD yet extends far beyond it.

Therefore, what Satoshi brought to the table was simply an updated, and decentralized version of a system already in place. This fully digitized version which grows the supply via block production enables us to see how the necessary expansion of the money supply can occur. The reverse of this is what is actually causing a decades long contraction in the Eurodollar system. 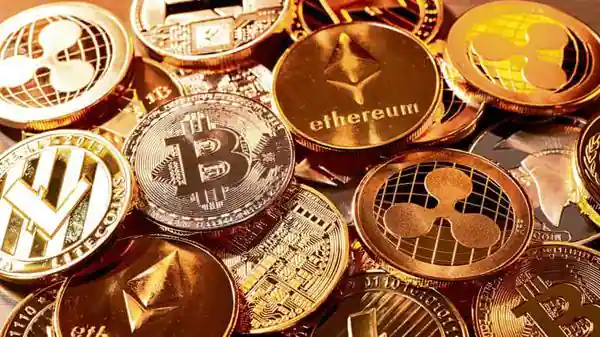 What is the Eurodollar specifically?

Basically it is any Dollar that is held in banks outside the United States. Originally it just meant those in Europe, with the term "Asiadollar" being applied in that region. Eventually, that was dropped and all USD in deposited in foreign banks became Eurodollars.

For a clearer picture, here is the definition from Investopedia:

The term eurodollar refers to U.S. dollar-denominated deposits at foreign banks or at the overseas branches of American banks. Because they are held outside the United States, eurodollars are not subject to regulation by the Federal Reserve Board, including reserve requirements. Dollar-denominated deposits not subject to U.S. banking regulations were originally held almost exclusively in Europe (hence, the name eurodollar). Now, they are also widely held in branches located in the Bahamas and the Cayman Islands.

What is vital is the fact that an entire system grew from this. Essentially, a separate, international borrowing and lending platform sprung up.

The key points are this is completely unregulated. Even though the USD is at the foundation, it is outside the reach of the Federal Reserve. Foreign banks are not in the jurisdiction of the US Central Bank.

Also, unlike the US banking system, where reserve requirements are to be met, the Eurodollar system has none of that. It is a fractional reserve system that can expand as much as necessary. That said, it is in the best interest for banks to be prudent with what they are doing. There are no bailouts in this arena.

The Eurodollar system is often call "shadow-banking". Since it is unregulated, it is not recognized as part of the traditional banking establishment. In fact, since Eurodollars are not accepted as payments for good or services, it is not considered "money". These essentially are bank instruments (derivatives) that are created as banks deem necessary.

Most are aware of this system to some degree since they heard of London Inter-Bank Offer Rate (LIBOR). This is the rate that is established by the Eurodollar futures market.

Here we see a system that dwarfs the U.S. For all the bravado put forth by the Federal Reserve, the largest monetary system in the world is completely outside its control.

This is also why we can make the statement that it is the international bankers that run everything. Their system far exceeds that of any single country.

Cryptocurrency has a path to follow. Even though we are in the early days, we also see a system being constructed that is completely outside the reach of any government. While there is backlash, it is vital to recall that we have near 70 years of experience in this realm.

Will cryptocurrency rule the world? Most certainly. We are witnessing the development of applications that will eventually mirror what takes place with the Eurodollar system. There is one major difference.

In other words, cryptocurrency can dismantle all banking operations, even those operating in the shadows.

Does this mean that the Eurodollar system will disappear? Not likely. In fact, its ongoing operation is in keeping with the idea behind cryptocurrency. As long as people utilize it, i.e. the remaining banks, it will go on. There will come a time, however, when it is not the dominant system.

Cryptocurrency has the ability to expand to a much greater degree since there will, eventually, be 7 billion people involved in the "banking process". As more wealth is generated, we will see the money put to greater use. Also, like the Eurodollar, do not be surprised if the majority of cryptocurrency does not facilitate the payment of goods or services. We can already see how this might end up in the realm of different stablecoins. The other tokens are assuming different characteristics.

Many feel there is too much money floating around. This is incorrect. We know from the actions of countries around the world that we are facing a liquidity crisis in the USD. The Eurodollar system is being starved due to the fact that more USD is being locked into the domestic banking system. As we can imagine, when the base layer is reduced, it contracts the entire system.

We see the result of this in global economic growth. There simply is not enough money out there to sustain the economic output. Hence, there is no choice but for things to contract.

Cryptocurrency has the ability to solve this issue. We already see a lot of money being generated on a regular basis. What this does is provides the world with the tools of collaboration that it desperately needs. It is one of the ways the anemic global growth rates we saw for the past 3 decades can be improved.

We can also understand how this will help to push humanity into its next level of advancement. Since much of this is based in the digital world, the ability to expand is exponentially greater than the physical. Atoms are more difficult to maneuver than bits. Nevertheless, money is required for research, development, and production. As of now, the global economy is deficient in that area.

The ledger system we are developing is not without precedent. We saw if operate for almost 70 years. What is unique is the fact that it operates outside all of the banking system. Since it is decentralized, it is not the banks running the show. The base layers are based upon code, something that cannot be altered too easily. Here we see the foundation upon which the future of the monetary system is being constructed.

Even though most believe that money is nationalistic, it is a real eye-opener to see that the bulk of it was truly international. There is an entire system that operated outside the reach of every central bank. This was run exclusive by the commercial banking system, without government invervention.

Keep this in mind the next time someone spouts off about how government (or central banks) will stop cryptocurrency. The Eurodollar system proves that nobody has this ability.

Cryptocurrency is the people's version of a ledger monetary system. For this reason, we are going to see the entire world of finance completely altered.

Of course, this will come as no surprise those who were involved in this over the past few years. The formation is happening before our eyes.

It kind of sounds like early DeFi as well. I would imagine that they would need liquidity to do "swaps" and stuff, so those dollars outside the US would facilitate that. It makes sense to me anyway!

Liquidity is always vital no matter what the system. We see on H-E what it is like when there is low volume traded.

A lack of liquidity causes instability since it is not healthy for an economic/financial system to be non-resilient.

I don't think the eurodollar will disappear any time soon but i do see eth demonitizing it over time until the opportunity cost of playing in the legacy system becomes too big for large market actors.

That's quite interesting. It's the first time I read of the eurodollar. I can't wait to see the first chain of supermarkets or world wide spread company accepting stablecoins as payment.

thanks for the info
I learned something new from this post.
Secondly, how did you get that animation of the hive picture it looks great.

Secondly, how did you get that animation of the hive picture it looks great.

They were done by people on Hive. The names are below the gig/picture.

Little by little it is gaining ground, the cryptographic ecosystem is putting down strong roots at a snail's pace despite all the obstacles that have been presented to it, which we all know are the big banks and governments, we continue there, since it is not like that. they have left. take control of people, but sometimes we are more than we started in this world and we own our assets without depending on a bank. gram post I find it very interesting congratulations.

Cryptocurrencies have changed the way we look at finance, and it is here to stay for a long time. Every day new projects with amazing technologies come out. Great post!

"Tools of collaboration" is a beautiful description of Hive. We don't need to borrow from banks or find investors to jump in here and create value. Hive is the tool, with other toolks built as needed. Love it! !BEER

Hey @taskmaster4450, here is a little bit of BEER from @fiberfrau for you. Enjoy it!

The Eurodollar system is being starved due to the fact that more USD is being locked into the domestic banking system.

So, in a way the US still can influence the Eurodollar system by starving or flooding it with USD.

This is truly incredible, being a child in the 70s and growing into an adult in the 80s I saw some great revolutions.
When the cable companies in the 80s changed television forever.
The personal computer changed everything and allowed for the development of the internet as it is today.
Now in the second and third decades of the new millennium, crypto-currency is changing the global financial structure :-)