Most often, one of the key components of any type of technological development is the proof-of-concept. Depending upon the industry, this can last from a few moments to a couple years. Either way, before people start to adopt something on a mass scale, they need to know it will work.

The Decentralized Autonomous Organization (DAO) is long touted to be a game changer in the way we structure out entities. Some states in the U.S. like Wyoming changed their laws to officially recognize the DAO as a legal entity. This means it has the same rights as any other business structure in the state.

However, the idea of a DAO conforming to the rules established by centralized entities is counter-intuitive. The reasoning behind a DAO is that it is decentralized and autonomous. Hence, there is nobody who is in charge. The entity is operated by the token holders. Nevertheless, this is something that could fit into existing frameworks if adapted. 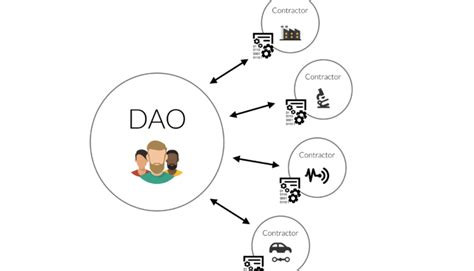 We received a proof-of-concept of the DAO in the last week with the establishment of ConstitutionDAO. This project showed the versatility of this structure and how it enables people to come together for a specific purpose.

This was a DAO that was established to try and buy a rare first printing of the United States Constitution that was being auctioned off. The DAO raised $46 million for the purpose. It received contributions from over 17,000 people.

While this might not be the case example most would look to, it does align the two purposes. If the Constitution represents freedom, then so does the DAO. This is meant to give people the ability to assemble in a way they were not able before.

In this situation, the DAO lost the bid in the auction. However, it does show the versatility that comes along with this new model.

To start, this is a community. A group of people came together believing that a print of the Constitution should not be in private hands. If they had won, the document would have been owned by an open DAO.

Another factor here is that a mainstream business was interacting with a DAO. Sotheby's, the auction house, did accept the bid from this group. Here we can see how the integration is starting.

We also got a step in the path towards the dismantling of government. This project pertained to a historic document but we could see it applying to anything. How about a DAO that is responsible for a national park?

The possibilities are truly endless. Anything that interests people and brings them together could be structured as a DAO.

Many feel that governments are "too big to fail". We certainly witnessed the move towards a more authoritarian state over the last year and a half. This has caught the attention of many people.

Some else who had her attention caught is Hillary Clinton. She spoke out about cryptocurrency and hopes that nation-states pay greater attention to them.

“One more area that I hope nation-states start paying greater attention to is the rise of cryptocurrency — because what looks like a very interesting and somewhat exotic effort to literally mine new coins in order to trade with them has the potential for undermining currencies, for undermining the role of the dollar as the reserve currency, for destabilizing nations, perhaps starting with small ones but going much larger.”

Many in the establishment feel that government is always the answer. It is obvious why: they control it and hence everyone else. Most would agree that government is no longer efficient and moved away from serving "the people". Now, no matter what the structure, we see corruption and favoritism.

A DAO is the blending of public and private. If structured properly, it can be open to anyone. To ultimately achieve this end, it is likely we need to see more powerful decentralized exchanges developed. Nevertheless, with a wide enough distribution, and value, tokens from a DAO could be owned by billions of people.

This structure also brings trust and transparency to the equation. This is something that most would agree is gone from government. Therefore, we could be watching the rise of a structure that could take on governments in many areas.

DAOs can fill the needs of the "public". However, there is another side to this that could help to alter the financial and economic landscape forever.

We see the potential for incredible wealth creation through the use of DAOs.

The present financial system operates on the basis of exclusion. It is a rather tight-knit community that is allowed to participate. In the United States, we have the concept of the accredited investor. This is someone who meets the financial requirements, by having enough money, to play the game.

Of course, we are told this is to protect the inexperienced investor losing their money out of ignorance. This makes little sense in light of other things that are allowed.

For example, one can blow his or her paycheck through online gambling. That is allowed. However, the idea that someone can get involved in an investment deemed risky is forbidden. How does that make any sense?

It only makes sense if we understand that it is not about protection but exclusion. Major returns can be achieved by getting in early. The general public usually has to wait for something to go public before it is allowed access. By then, as is the case with Rivian, it carries a $100 billion market cap. Look at all the money made that was not available to the general public.

The DAO alters this completely. By opening access, anyone can get involved simply by purchasing a token or two. Obviously, the Securities Laws are trying to replicate what the present system does. What is interesting is that it appears that ConstitutionDAO simply raised the funds simply by having people send Ethereum.

If this concept could work for the potential purchase of a print of the Constitution, could it also work for art or other assets that people are typically priced out of?

Perhaps you would like to own a piece of a Monet.

Whatever the flavor, the idea of DAOs open up the possibility for people to get involved in many different projects. Consider the idea of owning a piece in hundreds of different DAOs, ranging from investment funds to owning rare collectibles and real estate. This is entirely possible under the DAO system.

We can expect the use of the DAO to start gearing up. This is only the beginning and, as cryptocurrency spreads, we are going to see billions of dollars available for many different purposes. Some will be set up to make even more money while others to pursue the values the community members embrace.

Hang on, things are starting to move rather quickly.

Great post boss and I am glad I read through

Of course, we are told this is to protect the inexperienced investor losing their money out of ignorance.

This is what a crony capitalist government will actually say. The truth is that most government has closed the door to the general public. There's nothing like protecting the inexperienced investor, they're just not open enough to allow the opportunities flow to the grassroots.

It is all about protecting the inner circle, perhaps 3%-5%.

Outside of that, there really is no need for the rest of us in their eyes.

I saw a headline the other day with something about The Constitution, but I didn't realize this is what they were talking about. That is pretty awesome. I am really starting to appreciate DAO's more and more now that I am understanding them more.

You learn something new everyday.

I didnt realize there were those prints available. I think I read there are 13 of them.

I learned some words from your post, especially about DAO. If I am completely new to this subject I am trying to learn.

Oh so ETH is starting to make some changes as well. Then again we all know how powerful crowdfunding is and it's one the ways we can beat the current wealthy and powerful. In a way, I guess the GME short squeeze was done by the normal people gathering up together even if it wasn't long lived.

Yes it is certainly a way around it. The key, in my view, is going to be to have the wallets of everyday people filling up. We need to build a lot of wealth in cryptocurrency. The difference is they had decades of compound interest; crypto a few years.

Either way, we can pull the masses together which will open up a host of resources. We just need to keep building every layer of the system.

Nothing on Earth is too big to fail. Rome fell, and compared to Rome the USA is still a very young country. If Rome fell then any government can. Not to be offensive but I am still waiting for the Greek, and Italian governments to finally give up lol.
That is crazy the DAO almost had a copy of the Constitution. Knowing that the bid failed, what did they do with all of that money?

According to the website it was going to be returned if they didnt win the bid.

So they will likely be able to tap into the same people to pursue another project.

DAOs also facilitate a transparent democracy, so now we can actually verify that a proposal was passed by a majority of the community.

Do you DAO bro?

I get to know a new thing from you thanks

I'm really glad you wrote about this, because I watch for trends and I have noticed defi talk slowing down and DOA is the thing everyone is talking about!