Distributed Network-States: The "Countries" Of The Digital World

What is the value of a nation? Think about that for a moment. If we had to put a value on the United States, or Ecuador for that matter, what would it be? How would we go about valuing it?

Many might point to GDP. That is one metric that could be used albeit not entirely accurate. What about the value of the real estate? We could add that up to get one line on the balance sheet.

Another way is to look at the different industries and determine the present value of future earnings. But then what about all the research & development capabilities? For example, how do we rate a country with a lot of technology versus one that does not?

As we can see there are many variables that go into the model we are trying to construct. It seems like this is an impossible task. Honestly, whatever metrics are used, we would only get rough estimates. There is no way to get an accurate value of a nation.

Isn't it ironic that some believe the market can value a blockchain ecosystem accurately? 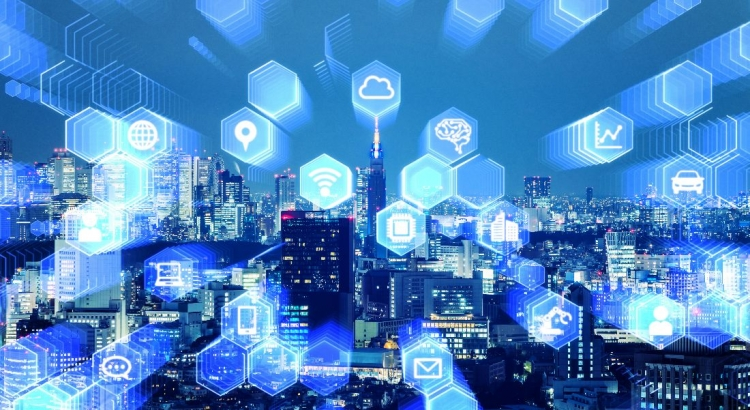 Blockchains need to be looked at through the same lens as a country. When we are dealing with an ecosystem, the value, at least in part, is determined by what is being built on there. This is something that factors into all future expansion.

These entities carry the same complexity as nations. As we see them forming, they literally are becoming digital nations. People are opting where they prefer to "plant their flag" and settle down. This is where the building starts.

Governance tokens, in a staked-based system, is what determines one's percentage of "ownership". Those with skin-in-the-game get to make the decisions as to what takes place. When one spends time growing his or her holdings, the standing within the community will expand.

Entire economies are forming. The ecosystems with the most activity are going to carry the highest value. All are starting bare, a blank canvas if you will.

Think of it like the United States a couple hundred years ago. At that time, most of the physical nation was undeveloped. The economic output of the entire country was minimal, lagging many of the European counterparts. Yet, over a span of 125 years or so, the nation became the largest, most diverse, economy in the world.

We can also see a similar path taken by China, although with a different focus. In a little more than 40 years, that nation went from an economy build upon agriculture to one of the largest in the world. The population was always large, yet the output was minimal. The strides made in such a relatively short period of time were unprecedented.

If we take things from this perspective, we can see how the economic value created within some of these ecosystems can end up in the trillions. During the latest CryptoManiacs podcast, it was discussed that the money on Ethereum is absolutely mind-blowing. That is a chain where there is enormous wealth. What is ironic is that this is just the beginning. In a few years, it will be orders of magnitude larger. The Ethereum Economy is exploding.

There is little doubt we are forging deeper into the digital world. Eventually, a significant percentage of our experiences will occur in the virtual realm. This brings a completely new set of rules, most of which we are establishing as we progress.

Over the years, we saw a lot of maximalism. There are people who take the tribal mentality to the extreme. For some reason, they believe there will only be one blockchain that handles everything. This seems a bit absurd, especially in light of what is taking place.

Again, once we understand we are building Decentralized Network-States, then we can grasp at how things will progress. Drawing upon the nation parallel, is it a good idea to exist on your own island? Countries achieve greater success when they interact with other ones. Trade, alliances, and diplomatic agreements are drawn up periodically to benefit the different parties. Nations that operate mostly in isolation, like Cuba and North Korea, tend not to fare very well.

It is going to be the same thing with Decentralized Network-States. Without interoperability, the ecosystem is "cut off from the rest of the world". Since no blockchain is going to have everything, it causes some issues. Thus, collaboration, partnerships, and integration with outside systems is necessary.

Certainly one can be very optimistic about the Network-State he or she chooses to build upon. However, since there will be no winner take all, it is best to remember that outside interaction is the pathway to larger success.

Within this context, how things are going to unfold becomes a lot clearer. In the spirit of voluntaryism, anyone is free to choose where he or she focuses time and effort. Nobody is forced into any ecosystem. It is all personal choice. If one does not like what is taking place, he or she can simply leave. Unlike our present system, nobody is forced to operate under any single governance system being erected.

The idea of communities help us to further this process. As we can conceptualize, these would equate to states or provinces. They are "networks" within the larger Decentralized Network-State.

What is fascinating is the communities can be built around anything. Whatever causes people to come together and assemble is a potential community. These are the entities that would benefit from interoperability. Thus, in the digital world, the "placement" of a community is rather dynamic. Many of the difficulties faced in the physical world do not apply here.

As communities form and expand, that is where the overall Network-State starts to emerge. The underlying technology begins to transform into an organic complex system. All the different entities tied to it following their own natural path, contributing to the increase in size.

Naturally, individuals can be dynamic also. This takes the Network Effect to an entirely different level. Many point to Metcalfe's Law as the model for this. However, this understates exactly what is taking place.

Individuals are also dynamic. They can use many different applications. Thus, unlike the physical world, they can be in many states/provinces simultaneously. This is why Metcalfe's Law understates the total potential.

Reed's Law actually captures what is taking place. As these ecosystems fill out, what we end up with is Distributed Network States. This is the fourth level of the evolutionary process.

Notice the similarity between the graphical representation of Metcalf's/Reed's Law and a distributed network. 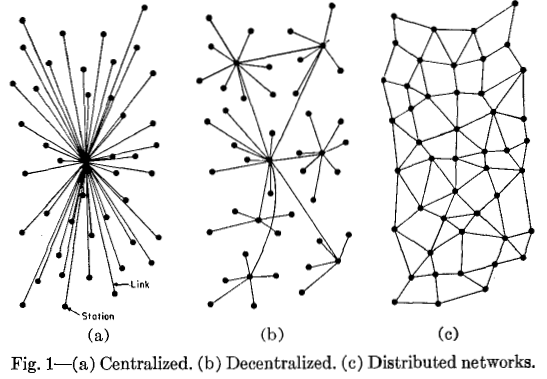 How this unfolds is the interconnectedness of what is built. For example, we see gaming and DeFi starting to blend together. Thus, one can be in a game utilizing DeFi applications that are built within. Here we can see the exponential value of the ecosystem growing as both features are enhanced.

This is how the "countries" of the digital world will form. We are already in the early phases with many applications and games being build on different blockchain platforms. We are also seeing interoperability being undertaken which is joining some of the "nations" together. The bridging of what is created if vital to the process going forward.

Very important to note just like countries have citizens, blockchains have communities too and the value of those can not be ignored. Hive is a perfect example of that.

We still need to live in the physical realm so I still think there will be some government or entity that controls how things are done locally. However do you suppose that each network state will have its own land and people will move around depending on which one they join?

I was thinking this about "Bitcoin City" in El Salvador. Will it only cater to maximalists or will all crypto enthusiasts be welcomed? Interesting times ahead..

I think it will cater to all crypto enthusiasts but it's very well possible for it to turn into a place for just maximalists.

There will be local governance I believe. But they will be far less intrusive than they are now.

People will have the option to migrate more than they do now.

In a way, do you think physical activity will even matter in the future? I still think people will walk and other stuff but I have a feeling that it might also be possible that people will just be hooked up to a machine and it will maintain your health.

Depends upon how far into the future go you. There are some theories out there who believe we will overcome our biological nature. That civilization that are 10K years ahead of us are no longer in physical form. On that front, who knows. I will be long dead, I know that.

We already do a lot less physical activity. Think about things 100 years ago. Many more people made their living in a physical manner.

The era of smartphones and laptops only furthered the push to less activity. So yes I think it will be something people do as exercise and not naturally.

Love the detail into the mathematics of this understanding. Thank you

Exactly...a lot of facts here that compliments my earlier post. I love the idea of the digital nations

We are seeing them unfold.

Things are changeing! It seems sort of like it's happrning in the background at the moment, in that few of us are here on the front lines with these changes. I think very few ppl know that, as was mentioned in one of your previous articles, the mayors of two major cities, Miami & NYC are recieving paycheques in crypto! Definately these emerging communities/ economies are a paradigm shift!!