Many wondered why Elon Musk was still willing to pay such a premium for Twitter. The price he paid, $40+ billion, was well above the market capitalization at the time of the deal. Why didn't he try to negotiate down when he was going off on his "bot" issue?

On the surface, this seems like a dumb move. Not only did he overpay but there is more competition arising. As is well publicized, Twitter's stock performed miserably since organization was not making any money.

For these reasons, it is easy to see how people conclude this was foolishness.

Now, before going any further, we have to state that Elon is a lot of things but dumb is not one of them. This guy is very insightful. Thus, we have to believe he is approaching this from the perspective of doing more than having a social media application which promotes free speech.

Over the last couple weeks, as it was evident the deal was going through, more emerged in terms of what Musk might be planning.

Hence, we are going to conclude that Elon is looking at building the Hive Financial Network. 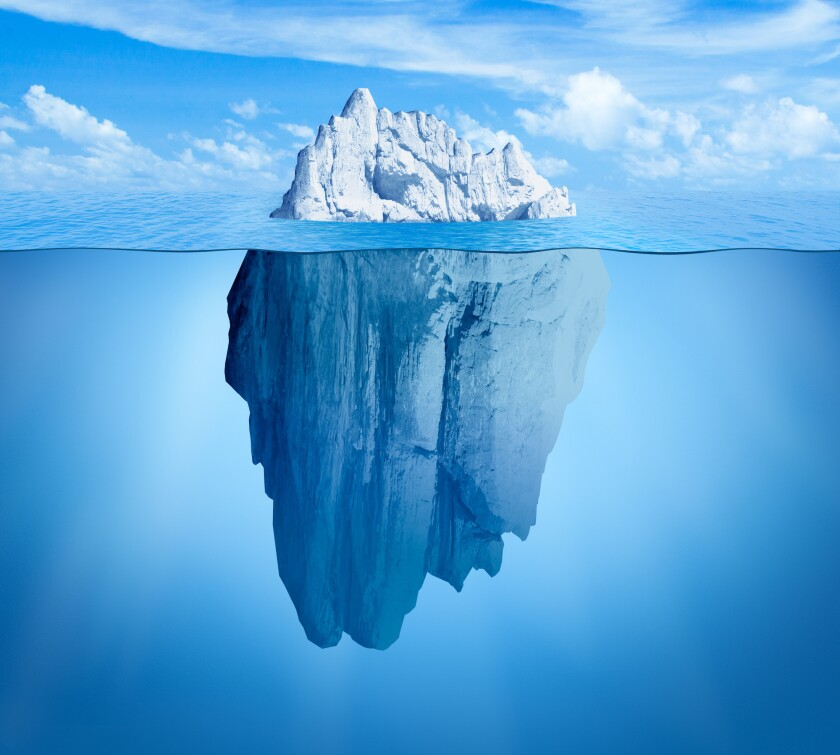 Elon expressed his plans to make Twitter a payment system. This makes a lot of sense considering his background with Paypal. Here we see the potential to generate billions in revenue, something that Twitter really needs.

Of course, many stop at this point. It is not likely that Elon is. Why would be create a system that includes payments yet nothing else? Elon is not involved in social media. Instead, he is going to thrust himself into the middle of Wall Street.

It is likely that we see an full blown financial network integrated into Twitter. This will include services such as lending, purchasing of securities, and banking. Cryptocurrency is disrupting banking. However, this is just an extension of Fintech, which has been hammering that industry for almost two decades.

In fact, Musk was there in the early days of this movement.

By adding a digital wallet to Twitter, Musk is going to instantly transform the platform into something completely different. At that time, it will be able to provide many of the services that banks do. The ability to send, receive, and store money will be present.

Of course, this puts him right in the crosshairs of the regulators. People need to understand Musk is not bothered by this. He has no desire for decentralization and being out of the reach of central banks or governments. After all, he has two companies that make cars and rockets, two highly regulated industries.

Twitter is not going to be platform that is free. Make no mistake, it will comply with the regulations that are set forth. This is what Musk does.

That said, he is going to seek to be one of the dominant financial players in the world. It is also why he wants to have a "free speech" platform. Banning people removes them from the ability to use the financial services. That is not smart business.

Each person that is on Twitter can be leveraged for further profit by getting them to utilize different financial products. Anyone who is making payments, for example, is feeding into Twitter's earnings.

Therefore, Musk will want everyone possible utilizing the platform.

Hive To Counteract This

Hive has prided itself on being one of the few beacons of true freedom in blockchain. At this point, there is not too much to regulate. Since the node system is distributed globally, the common point of vulnerability is removed. We also have no company or foundation behind the ecosystem. Since this usually is aligned with the coin or token distribution, we can see how Hive steps further out of the reach of the regulators.

In other words, what door are they going to knock upon? Who will they send the paperwork to?

This is a very important starting point. What Musk is creating is not changing the system as much is just altering who the gatekeeper is. In the end, the Twitter financial system will be in line with Wall Street. Chase and JP Morgan might hate him yet little will change.

Hive is something that can counteract this. Since we are operating from a decentralized basis along with a distributed coin system, the potential to keep adding more layers like this exists.

At present, there is a decentralized, Layer 2 node system being developed. It is actually running albeit in the framework stage. This could be the basis for something more powerful.

In the article regarding the Hive Financial Network, we discussed concepts such as:

We could also add to the list peer-to-peer insurance and forward contracts.

When we step back, Musk is actually taking a premise that was discussed many years ago by Dan Larimer. He wrote about using social media to attract people who then would utilize financial services. The article had a picture of an iceberg, denoting that the social media was just the starting point.

Isn't this exactly how Musk is approaching Twitter? Whereas many see a social media platform, he already stated about being a payment system. Hence, he is in the realm of PayPal. The move to other financial services in the digital era is not a stretch. FinTech has conditioned people for more than a decade to use these services.

Rocket Mortgage might have reason to fear what Musk is doing.

Of course, we have to stress that the pieces are just being moved around. Changing from one regulated entity to another might not be progress. It could be the proverbial "switching chairs on the Titanic".

Hive, on the other hand, is something revolutionary. Even the Hive saving plan is something that is unseen. Here people are able to stake their coins, earn a return, and have almost zero counterparty risk. The only systemic point of failure is if the entire blockchain goes down.

This is the simplest of DeFi functions yet works flawlessly. It is also tied to infrastructure that makes it impossible to control. Short of changing the code, there is nothing an outsider can do.

Imagine this applied to a vast array of financial services. This is truly what DeFi was designed for. The challenge is that most are tied to infrastructure that is controlled by a select few.

Hive is seeking to build something different. It seems we are at the point where Elon and Hive are going head-to-head.

It is always the same battle, just the players keep changing.

Elon musk is a business giant. He doesn't fail. I strongly believe that what he has for twitter will be mind blowing

The brain behind Dan Larimer, I sometimes admire what a genius he is for Hive blockchain.

He did some things right. We also were able to adapt and evolve with some of the things that were not beneficial.

All I hear about in the news is about the social media aspect of the Twitter purchase. Even the idea of charging a monthly fee for holders of blue checks to keep them (not to mention another fee to access the EDIT feature) is discussed more in social media terms than in financial terms.

Now we wait to see how long it takes for the legacy corporate business media to discuss Twitter as a financial network.

Yeah I dont think they will clue in quickly. They will, however, get there eventually.

In the meantime, we need to be building it on Hive.

Too funny, I was just having a conversation about Elon with a group of colleagues. Then I come back to this. Someone made a comment about him being an idiot. I pointed out that was definitely not the case. I said my big issue with him is spreading all the FUD that is moving the crypto markets. Then it devolved into a shouting match with them saying how horrible crypto is for the environment. I realized they had their minds made up fairly quickly, so I didn't even bother to try and change their mind. They will realize when it is too late what they missed.

Yep they swallow the rhetoric like it is a freshly coated donut out of the oven. It just shows people lack the ability to think critically.

It was so frustrating. I wanted to have a good comeback, but they were clearly waste deep in the mud.

As more and more player start heading towards a better solution for the implementation of "free" & "fast" transactions between peers, we'll see how far HIVE is ahead again and again. Might be interesting to start a consulting agency and use HIVE as an example.

With financial transactions, it isnt necessary. People are accustomed to paying for those so Musk will make bank on them.

I must admit I downloaded Twitter again after years of not using it because of Elon, but I doubt they come out with any games like Splinterlands.

It is clear that Elon Musk is smart, but let's see if he succeeds and has to support transforming Twitter into something better and more open to crypto.

What do you mean more open to crypto?

Well at least to implement some crypto features like donations or something similar. Probably they will not move to web3 as I don't see how they could monetize that to match the stocks, but there could embed crypto features supporting them.

I really enjoyed reading your wonderful article, you share excellent points of view about Elon Musk, which are very interesting to analyze.