Fed: Quantitative Tightening Does Next To Nothing

You would think this would make mainstream news. Certainly an announcement like this is worthy of a headline discussion on CNBC and Bloomberg. Yet, as always, radio silence from the "news" department.

We do hear a lot about the Fed and their efforts against inflation. After all, quantitative easing and tightening are common phrases in the markets these days. With all that is taking place, all eyes are on the Fed.

They are raising interest rate while also doing a roll off of the balance sheet. This is all designed to get things back in line. After all, the Fed believes it will orchestrate a soft landing.

There is just one problem: quantitative tightening does almost nothing. It has very little impact on interest rates which means the entire discussion about QE and QT was nothing more than an academic exercise.

Who is making this claim? The Fed itself. 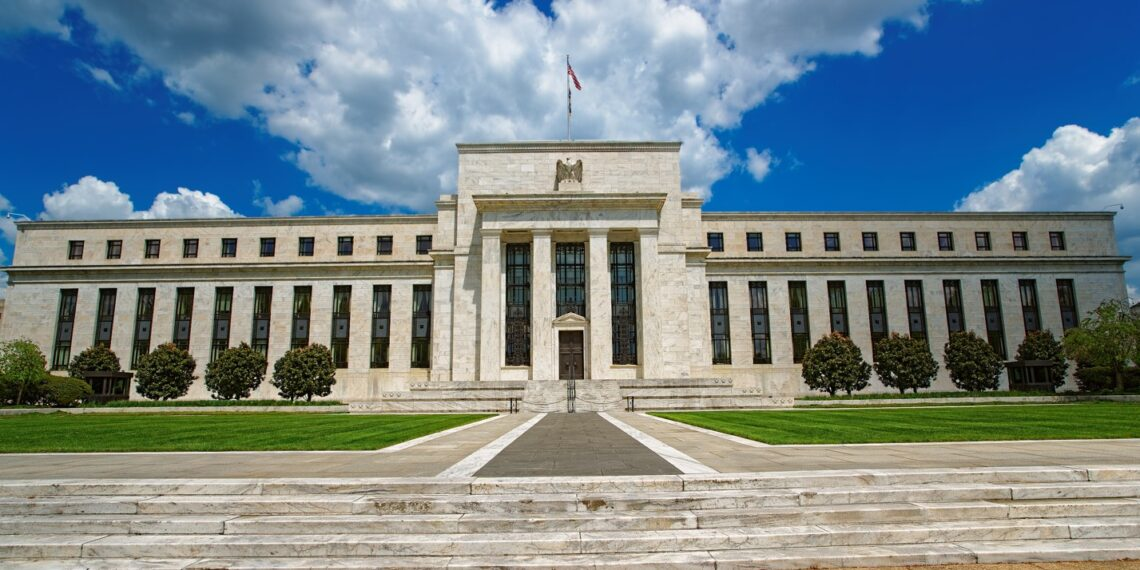 Never Let The Facts Get In The Way

It sucks when the research destroys a perfectly good agenda. After all, for more than a decade we heard about QE and all the iterations. Of course, we have to ensure the reverse, where the Fed talks about slowing the "hot" economy with interest rate hikes along with reducing the balance sheet. The latter is enhancing the former, putting it on steroids if you will.

Sadly for them, it doesn't appear to work that way. Of course, for anyone to question this is beyond comprehension. Most just accept what is said as gospel.

Here is a pop quiz.

How many rate hikes does quantitative tightening equate to? Anyone want to venture a guess?

Was this ever stated on CNBC? Bloomberg? CNN? It is safe to say the story flew under the radar.

Nevertheless, the research is out there. Ironic it was conducted by the Fed by one of its own economists.

Since it was overlooked for so long, we won't be left hanging. Let us jump right in.

This is from the research done by Bin Wei of the Atlanta Fed. The paper was located on the bank's own website.

In the baseline scenario of a $2.2 trillion passive roll-off over three years, I estimate that it is equivalent to an increase of 29 basis points in the current federal funds rate during a period of low financial market volatility. The amount of equivalent rate hikes increases to 74 basis points during a volatile market period.

Are you kidding? A 3 year roll off of $2.2 trillion would be the equivalent of a rate increase of 29 basis points? To put it in perspective, this is about what the difference is between the debated rate hike coming up this month. Some are projecting 50 basis points while others 75. A $2.2 trillion roll off over 3 years equates to that.

Certainly, there are reasons to reduce the balance sheet but one of the main reasons, so we are told, is to enhance the monetary policy of the Fed. As we are learning, this has almost no impact.

But wait, it gets better.

The estimation results reported in Wei (2022) suggest that under normal market
conditions, QT with active sales is equivalent to an increase of 22 basis points in the current federal funds rate in the baseline scenario (scenario 1) in which QT lasts for three years, but 47 basis points in the alternative scenario in which ($3.3 trillion) QT lasts for seven years (scenario 3).

A $3.3.trillion roll off over 7 years has the impact of 47 basis points? Over 7 years. Why does anyone even talk about this stuff? It is evident that it is negligible in what it does.

Of course, due to the business cycle, they will never get a 7 year roll off. What about something much smaller.

The research conducted on $600 billion results in this:

Here is the full document.

It is evident this is a bunch of smoke and mirrors.

Why Is This Important?

The is a lot of misinformation spread about the economy and what is taking place. While something like this might seem distant from most, it affected the lives of everyday people.

When investing, we are told things like the Fed, through their buying, is artificially suppressing interest rates. Obviously, it a roll off has almost no impact, the purchasing does the same. For all the uproar over the Fed's QE, it really does nothing.

Of course, that should be obvious since there were multiple quantitative easing programs. If they were effective, there is only a need for one, not five.

What they do accomplish by undertaking the QE process is to remove collateral from the system. This is fatal and causing a host of problems. It is a move that constrains the balance sheets of the commercial bank, replacing securities that can be collateralized with central bank money (reserves) that serve few purposes.

A lack of collateral in the banking system slows lending. This has enormous impact on economic growth. Since the Repo Market and Eurodollar System are the vehicles for short-term funding, without collateral, it dries up. It might not seem like a big deal until you realize that everything from pension funds to money market accounts are affected. These are areas where average people suffer.

We also have a situation that should awaken us to what is truly taking place. Since the Fed is just blowing smoke, who is really in control? Is there anyone to turn to so that this ship can be set straight?

The answer is no. This is the major point. Our central banks do not exert a great deal of control. If anything, their focus is sentiment. The second markets decide to go counter to what they are doing, it is game over for the monetary policy of the moment.

Cryptocurrency To The Rescue

It seems strange to couple cryptocurrency and the actions of the Fed together. However, we are seeing a major gap in the global monetary and economic system. Since the banking system is powerless to do anything, it is up to cryptocurrency to step in.

In the past we discussed the idea of creating the collateral that is needed by the world. This can be done using blockchain, which provides transparency and a system outside the central banks and government bureaucrats.

Many people think the existing system is going to crash from "too much". There are too many dollars out there since the Fed printed. Of course, the Fed doesn't print USD so this is an invalid claim.

Others point to all the derivatives and claim that is too much. Actually, there are not enough of them to properly hedge the way financial institutions need to.

Then we have the assertion about too much debt. While this is a valid point, it is only to a degree. Ironic, US Treasuries are the high quality collateral that is lacking. Therefore, the system actually needs the US Government to run larger deficits (this would create other problems but would help the collateral issue).

The global economy has a shortage of collateral while the US economy is lacking USD. This is a situation that cryptocurrency can resolve.

Central bank reserves are akin to tokens that are given to a few institutions. The only ones who can hold them are depository institutions. This is not broad economy money.

We can take cryptocurrency and spread it to individuals throughout the economy. This can happen nationally or globally. Token ownership, at this time, is not restricted to just a few entities. People can acquire coins, swap them, or use them for purchases (where accepted). Over time, we should see all of this expanding.

Decentralized finance (DeFi) is constructing a new system of ways to lend, collateralize, and handle payments that differs from the present one. This could provide the economy with the necessary tools to establish a growth rate that is above anemic.

This process starts with realizing the Fed, and other central banks, have very little control. The sooner we stop giving them power by believing what they say, the faster we can start the recovery process.

In my mind, this process is built around cryptocurrency and blockchain. It takes the good parts of the banking system and spreads it out.

As always, ledger control is vital.

Nothing might be wishful thinking from the Fed. But rather than simply doing “no good”, it might be doing a bad thing:

The Federal Reserve’s more rapid exit from crisis-era policies is set to place the $24 trillion US government bond market under extra strain, heightening concerns about the bedrock of the global financial system.
The ease with which traders can get deals done in the Treasury market has declined to the lowest levels since the early days of the pandemic in March 2020.

Quantitative tightening might cause reserve increase as the US Treasury would go on buying the bonds of banks or private sector because of the due payments.

So trust no one. Got it!

he imagines that Cryptocurrencies can take control of traditional Banks. Their owners would allow that to happen

The Fed doesn't really have control but it's good at alleviating the fears of the general public. At this point, there is little they can change and it only helps the speculators.