There is a constant back and forth within cryptocurrency. Many feel we will arrive at a point where governments outright ban it. The chorus appears to grow when the bear hits. FUD reigns supreme making it a believable talk track.

However, contained in there are seeds which tell the opposite story. It might be a ratio of 10 to 1, but we can find the sprouts which are going to carry the industry forward.

Center to this battle is the United States. It is the largest economy, most advanced financial system, and one of the richest countries in the world. For this reason, as this it goes regarding crypto, so will the rest of its allies.

One of the keys, for those outside the US, is to understand the difference between the Federal government and the states. Due to the framework of the country, the states can, at times, wield a lot of power. While it was watered down over the last couple centuries, something like cryptocurrency can really become a major pushback against the Feds. 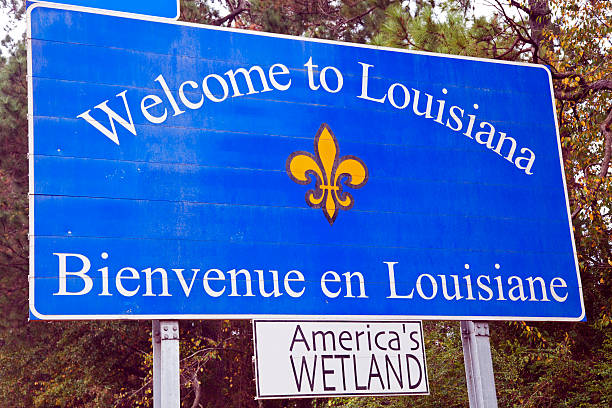 We can now add the state of Louisiana to the growing list that enacted some form of pro-cryptocurrency laws. This is simply another step forward in a long march that is erecting more barriers for the Federal Government.

While this might not seem beneficial, especially to those who adhere to the long standing cryptocurrency view of "not your keys, not your crypto", this is actually a good sign.

We all know the banking industry is very powerful. This means that any blowback against cryptocurrency could potentially affect them if there is skin in the game. Cryptocurrency has the ability to make much of banking redundant. However, since most people do not realize this, they are apt to take banks up that offer these services.

By allowing customers to custody digital assets with the bank, there is now a potential revenue stream for these entities. Banks do not like to give up money making ventures. Holding digital assets is likely going to generate them some serious sums of cash.

Ironically, this puts the goals of cryptocurrency and banks in alignment, at least to a degree.

The Feds could push back against this but, in the US, many of the banking laws are on the state level.

If the events taking place in a small state like Louisiana isn't of interest, perhaps one of the largest investment banks in the world tells a better story.

Citigroup is a behemoth. There is no other way to describe the size of this entity. When it comes to monetary assets, this tops many countries.

When a company of this nature decides to enter the mix, it is worthy of paying attention.

Citigroup, which has more than $27 trillion of assets under custody, has chosen Metaco to develop its digital asset custody platform rather than building on its own.

We are familiar with names such as Blackrock and Fidelity. When it comes to AUM, Citi dwarfs them, outpacing by a rate o 4 to 1. Therefore, this move could be enormous.

What is the reason for this?

"We are witnessing the increasing digitization of traditional investment assets along with new native digital assets," Okan Pekin, global head of securities services at Citi, said in a statement. "We are innovating and developing new capabilities to support digital asset classes that are becoming increasingly relevant to our clients."

It seems that Citigroup sees the writing on the wall. All assets will eventually be tokenized. We are at the start of the tokenization of everything. When one of the largest financial institutions in the world realizes this, again, we have to pay attention.

We are seeing tens of billions of dollars flowing into cryptocurrency investment. By this, we are not referring to people buying cryptocurrency. Instead, this is referring to Venture Capital and monies laid out by corporations such as Citi.

Here is the multi-billion dollar question: do you think these companies would be shelling out this money if there was nothing to this? Would they put forth so much capital if the belief was this would be banned?

These entities are politically connected. They invest large sums into their lobbying groups. When it comes to this field, banking is second only to Big Pharma. In short, they carry a lot of weight.

Of course, many see this is a corruption of the tenets of cryptocurrency. Certainly, that is hard to dispute. However, to think the larger players weren't going to try and hijack things was a bit misguided. They are not about to sit back and allow their multi-trillion industry just disappear.

That said, cryptocurrency is an evolution. We are starting with a great deal of ignorance along with a high difficulty of use. For this reason, having entities such as this entering the market will help bridge the gaps. If people feel comfortable with their bank or other financial institutions, they can utilize that to engage in the world of digital assets. Ultimately, it keeps feeding the same trough.

At the same time, there are now some powerful allies standing between cryptocurrency and governments. It is one thing to have a Coinbase fighting in Washington. However, it becomes a different matter when the likes of Citi and JPMorgan are taking a pro-crypto stance.

Certainly, we have to fully acknowledge their intentions and realize how they are not pure. Nevertheless, as long as we understand the danger of the big dog, it is helpful to have some strength on our side.

Moves like this show how the field is shifting for the different players. There is still a lot of anti-crypto sentiment among politicians and regulators. However, with some major players aligning on the cryptocurrency side, the battle is getting tougher for them.

For this reason, a bill signed into law by a Governor of a small state is an important event. It can open the door to some major players becoming allies.

sounds like Florida is rubbing off onto to Louisiana! Hopefully this type of thinking spreads like covid across the states :)

Or Wyoming. Or Georgia. Or Texas.

There are a number of states starting to really move in this direction.

It will be interesting to see how this aligns. I have a feeling the states will not be able to refuse the lure of money potential.

Yeah although the Feds still havent done it but many states are. They are finding the tax revenue too enticing.

With pioneer role from the western world can accelerate the crypto adoption in third world countries of the world. Because most of these countries can't afford proper research and the opportunity analysis with the potential risks factors. But after the adoption with the proper laws and regulations, western countries will be followed by the other countries and set up their regulations accordingly. Hope, there will be some crypto bills in USA, India and some European countries with the relevant and applicable regulations.

Cryptocurrency doesnt require government approval to thrive. For this reason, technology is the most vital piece of the puzzle.

For those who adopt the technology, they will be ahead of the curve, regardless of what governments do.

The best we can hope for is the governments just arrive at a draw.

Let us take care of the rest of it.

It's clear that banks will not get left outside of the crypto revolution and my take is that in a few years from now(probably 10), holding crypto in some sort of a bank account will be something normal. Convenience is what defines the banks and the masses and once crypto goes mainstream I can clearly see a lot of pf plebs jumping into crypto, but storing it in a bank... or something, "because it's safe".

Ultimately I believe we will see a repeat of the newspaper industry. There will be many banks that fail as their business is taken away. However, a lot of it is generational. My mom, a pre Boomer, will only put her money in a bank. That is what she trusts, a basic savings account.

So we will see consolidation but the banks are in trouble with Millennials. They will hold their money on an app on a phone without thinking twice about it.

I wonder what comes next after mobile apps in terms of the evolution of things and how we're going to interact with the world around us through the internet.

I would say that we have to watch mixed reality. Both AR and VR hold great potential. It is a bit slow at the moment but I expect things to heat up at some point in terms of adoption.

Give it another couple years and that could be the "internet trend".

Another reason for this might be because of the threat the forthcoming CBDC poses to the retail banking industry. This could be about survival. There's a war likely brewing between the fed and retail banks over crypto.

That is a very good point. They could see the writing on the wall and want to strengthen cryptocurrency a bit.

CBDCs are a trainwreck waiting to happen.

Yeah, CBDCs are a big, 1984 sized trainwreck. They seem like the worst thing that could happen to private banks. In banking's bid to compete with the Fed they might ironically become cryptos biggest allies.

It does not look promising for the commercial banks.

We are now in a massive fight. Time is not on our side since it appears governments are stepping up things.

Most heads of state will grasp the importance of cryptocurrencies in the next years, and they will have no choice but to publicly accept the concept. Sir, thank you for sharing this.

Crypto is definitely expanding and it's nice to see. I think I also saw a video mention that stated that 30% of billionaires have crypto or indirect exposure to crypto. So I am not surprised that the states are going in this direction.