NYCCoin: The Next Step Forward In Cryptocurrency Evolution

There are a lot of changes taking place within the world of cryptocurrency. Each month we see more allies joining the cause in the move towards mainstream cryptocurrency acceptance.

While we see a lot of jostling around over regulation, one thing is for certain: cryptocurrency is not going away. Anyone who thinks there is still a chance of that is missing what is taking place.

There might be some governments that take an approach that prevents, at least on the surface, their citizens from participating in it. However, since this is global in nature, we are seeing some proverbial holes in the boat. As long as there is a single government who holds out, we know that is a point of weakness. Fortunately, there appears a lot who are siding with the idea of cryptocurrency.

A few months back we saw the introduction of Miamicoin. This was a big step forward in that it pitted a major United States city against any government that wanted to do away with cryptocurrency.

Now we are in the process of seeing another entrant at that level.

Eric Adams generated a lot of attention in winning the race of Mayor of New York City. While this is likely the most famous mayor in the U.S., his election made waves due to his heavy support of Bitcoin. In fact, he stated he wanted to make NYC a crypto-hub.

It appears things are taking a leap forward even before the Mayor-elect is sworn in. There is a group that pushed the idea of NYCCoin forward, similar to what Mayor Suarez did in Miami.

This is in keeping with his view of wanting to replicate what Miami did.

Citycoins tweeted out that this would indeed be the case. 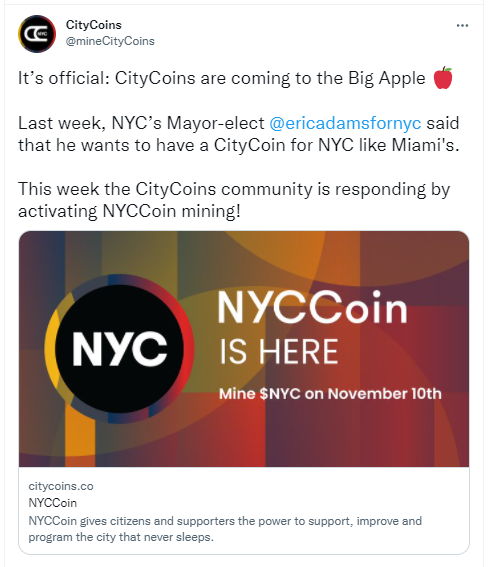 Miami did extremely well in the first couple months of it coin. The idea is in keeping with what we discuss in the cryptocurrency world and how value is generated by the network effect around cryptocurrency projects.

Obviously, cities have a built-in user base. Their challenge is to get the token distributed and create use cases. This is something that we will have to watch over the next year or so. Naturally, there is a use case that is glaring: the ability to pay local taxes using the coin.

Now, we have the largest city in the United States, by population, that is going to start mining its own coin. This will allow for the City to raise funds while also giving people another opportunity to be involved in cryptocurrency. As always, the the exposure this brings will only adds to the familiarity with the general public.

The Expansion Of Private Money

One of the biggest breakthroughs that Bitcoin had was the fact that it was the form of private money to emerge under the present system which achieved global penetration. The leading cryptocurrency was able to provide "competition" to any government currency in existence. Since that time, we saw the idea spread a great deal.

City coins are another phase in this evolution. While the cities are public, the minting of the currency is done by private mining. Thus, the cities are not in control of the issuance of the money. This is done according to coding.

It is a great enhance in the push forward for cryptocurrency. As mentioned, it makes the outlawing of it impossible. Here we see two major cities in the U.S. who already have a substantial vested interest. If the money keeps building and flowing in, these politicians are not going to want to give up that cashflow. Therefore, we are seeing another notch in the private money belt.

What is interesting is that cities that follow this can have ties to Bitcoin.

The NYCCoin treasury consists of STX, which is sent by miners when they forward the funds to a Stacks smart contract for the right to compete in a mining competition. Whenever STX is forwarded by miners, 30% makes its way into the city treasury.
‍
Whenever the city wishes, they may access their reserved STX inside the wallet. At that point, New York City may use its treasury for whatever it likes, and can stack those STX to earn BTC.

What politician does not like free money rolling in?

It does appear that we have the next city already on deck ready to be released. 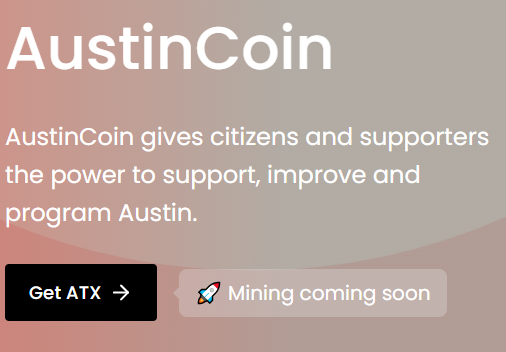 Can anyone else seeing this gain momentum and really start to accelerate?

Of course, once involved in the digital world, a lot of possibilities open up. This is the potential of these tokens. They are mined, with the city getting a percentage, and then are dealt on the open market. What people do with them is up to them.

One of the biggest use cases we are seeing for cryptocurrency is for NFTs. This is something that is already changing the digital world. Not only does this affect ownership rights, it also opens up enormous wealth potential.

Wouldn't it be interesting to see these city coins coupled with the potential of NFTs? Fortunately, that already happened.

There was already an application developed where one can mint NFTs and transactions can take place using the Miamicoin. This is also from the Citycoins website.

We will have to watch what unfolds in this realm. As with most technological developments, things start slowly and move on from there. Miami was the first city to embrace this technology. Now we see a couple others on tap.

How much was generated since the start for Miami? Looking at the wallet address and comparing to the present price of STX, it appears there is now $21 million sitting in the wallet using the $2.25 price according to Coingecko.

That is a nice chunk of change that did not exist a few months ago.

Is there any chance that the politicians in Miami give up this gravy train? No chance.

Cryptocurrency is here to stay.

That is pretty awesome. Getting NYC on board is going to be huge. I can't even begin to imagine how this is going to trickle down. Austin isn't that surprising because they are kind of progressive and wild and crazy anyway.

Austin is a technology hub so it isnt surprising, you are right. Those that are trying to be at the forefront of technological development are going to embrace this I believe.

I'd love to see a city that really needs the money do something like this. I can only imagine the impact it could have on Detroit. We could witness a complete turnaround down there.

it seems big things are ahead of us.
hopefully soon. and good ones 😎

Wow. I remember hearing about the Miami coin a bit ago... it's already made 21M.. insane

That is what it looks like in the wallet.

I am not a blockchain expert but the amount in there at current prices seem to end up at that. 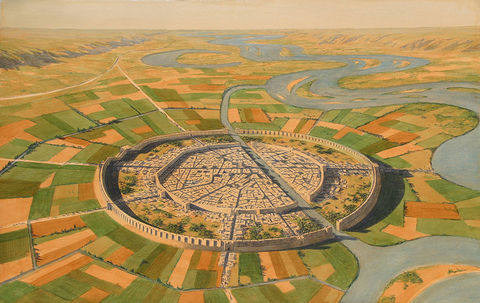 This is all part of the process of Balkanization and the return of city-states. When cities themselves see how much value they can generate when they cut ties with the corrupt central-banking system that's when shit gets really crazy.

I expect war. I expect cities to stand up and take control of currency, and I expect the military industrial complex to come down hard on them and invade/garrison the cities that defy them. Possibly even making examples of them to make other cities afraid to do the same. Rule by fear is all these people know.

But as we've seen from history we can't even win a war vs Podunk Vietnam or the Middle East. Waging war against United States citizens will be the most unpopular version yet. Going to get very ugly over the next few decades.

Do not forget the MIC relies upon financing and, if things go how I foresee, I see the national government system being starved since people will be operating on decentralized networks that do not engage, much, with the existing financial structure.

Thus their regulations, laws, and desire to tax is going to be hindered.

Yes, this is an excellent point, and the lines get even more blurred when the agents within the MIC are participating with crypto and these communities themselves.

Decentralized governance also can't be rigged.
There are no voting machines to hack in DPOS.

Wow I didn't think NYC would actually get on board. However do the citizens get any real benefit off the coin? Can they use it in NYC to buy things? Will the budget provided do anything to lower prices or improve the lives of its citizen? I have a feeling we will have to wait to see on the new mayor plays with it.

Use cases will have to be established, just like in Miami.

If these city governments start to generate enough money through the mining process, then it could have an impact upon the tax base (wishful thinking I know).

Your articles are always so mind-blowing.
I had not heard of MiamiCoin Let alone NYCCoin.
Crypto is not going anywhere.
Always living somewhere other than NYC it is amazing how often I hear about 1 of the Mayors of NYC. For example, nobody knows who the mayor of Mission Viejo Ca. lol Being an NYC Mayor is like an automatic celebrity. Even the ex-mayors make International headlines lol Looking forward to Crypto Maniacs today :-D

I think cryptocurrencies can not be denied from now on.

@taskmaster4450, you've been given LUV from @lxsxl.

Why I have the feeling most of the cities around the world will embrace this option in the next decade. We see now some sort of "crypto adoption competition" between cities/states and that's another validation that this tech is here to stay.

I have the same feeling as you. If this is proven successful, which is appears to be, I think it will spread quickly. The lure money to politicians is too much to resist.

Definitely the way forward and can see this progressing world wide with many copying their lead.

We appreciate your time and enthusiasm for promoting Hive! @taskmaster4450

This is done with the support of #theycallmedan and the #threespeak team.
0
0
0.000
Reply

Certainly, as time advances along with technology the world of cryptocurrencies becomes firmer and more global ...

I wasn't expecting the city coins wave to grow so quickly. Very interesting times we live.