Uniswap Shows The Need For The SpkNetwork

@taskmaster4450 83
about 2 months ago
LeoFinance

The regulatory environment just keeps getting tighter. It is rapidly becoming evident where things are going.

In the United States, the Securities and Exchange Commission (SEC) chain, Gary Gensler, made the point clear that he feels that all financial matters come under the U.S. Securities laws, centralized or not.

"Make no mistake: It doesn't matter whether it's a stock token, a stable value token backed by securities, or any other virtual product that provides synthetic exposure to underlying securities," Gensler told the American Bar Association.

"These platforms - whether in the decentralized or centralized finance space - are implicated by the securities laws and must work within our securities regime."

Whether anyone agree with this sentiment or not is not relevant. The fact is the SEC, along with other government organizations, feel it is their right to regulate what is taking place. 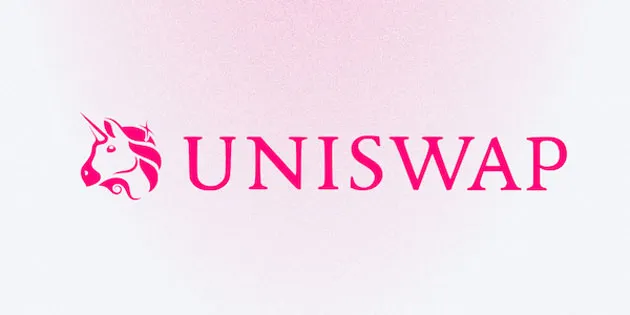 Uniswap is open source software that allows for currency trading without third party approval. Anyone can use the platform to trade, with no KYC required.

This caused the SEC to open up an investigation into the company behind the development of the application, Uniswap Labs. Of course, by this time, the application was forked a number of times, creating alternatives. In spite of that, Uniswap still has the most transactions.

Many feel that open source software is safe from governments and beyond regulation. From this standpoint, that is most likely correct.

However, the centralized entity behind the software is not outside the reach of the United States Government. Here is the point of vulnerability.

It also shows the crux of the matter.

If there is a door for them to knock on, they will do it. The point of vulnerability is having an address. Here is where the industry is overwhelmingly at risk.

We often discuss the fact that a lot of development in the industry, especially layer 2 solutions, is being funded by the Venture Capitalists. This is a negative because it ultimately pits the users against the VCs in terms of monetizing the application.

There is another issue with this. All of that creates vulnerability. Anything that is created in this manner can be accessible by government. They know who is doing the funding, which is centralized. There is also a clear path as to where the money is going and to whom.

Simply put, if this is the mechanism for funding this industry, decentralized applications will end up being regulated, which ultimately means in control of Wall Street.

Many are excited for the launch of the SpkNetwork. This is one of those innovations that is designed to get around this entire problem. While we often discuss the censorship resistant characteristics of the protocol, there is something much bigger.

This will be, of course, open source. So, like Uniswap, the software is not at risk. Anyone will be able to build upon the network using the protocol, essentially duplicating the original like Matryoshka Dolls.

What is different about the SpkNetwork is that it is being set up without the same vulnerabilities that we see. This is being built with resilience from the start.

One of the key aspects to all of this is token distribution. Those who have significant stake in a platform will be seen as being able to exert influence over governance. The regulators do not care who they go after, as long as it is someone.

The SpkNetwork is going to do a claim drop to Hive token holders. This will spread the distribution out based upon the make up of Hive. That is one of the best distributed tokens, with no founder's stake or pre-mine. That is a rarity among blockchains.

We also see the idea of funding. As mentioned, the VCs are a point of vulnerability. The SpkNetwork is going to take a different approach. While it was private capital so far, there is talk that a proposal will be submitted to the Hive DHF for funding. If this takes place, the development of the SpkNetwork will be done by a DAO.

Thus, there is no company behind the project, nobody to serve papers to. Since the ownership and funding is truly decentralized, it is out of the reach of regulators.

Many are aware of the concept of decentralized video storage. This appears to be the first area of focus when this was being conceptualized. However, it extends far beyond just that.

There are other aspects to the project that will make it "full-service". One of the big ones, taken from the light paper is the platform will be incorporating a DEX. This is vital considering the regulatory environment that is cropping up.

This is from the light paper:

Peerplays technology is built using a Graphene based protocol. The intention is to adapt the existing technology, already operating on Peerplays, to operate on the SPK Network. This makes integration and technology-transfer with Hive, also a Graphene-based protocol, straightforward.

The Peerplays team already has the following operating on its own chain, which will be adapted for the SPK Network & the Hive Blockchain:

It then goes on to list a variety of features that will be incorporated.

One of them is:

The platform will allow any community to create its own token. This will populate the DEX with many tokens that can be traded. We are also going to see cross-chain capabilities meaning there will be a time when versions of Bitcoin, Ethereum and whatever other tokens people want will also exist on there.

What we see being developed is something that is fully decentralized that removes as many points of vulnerability as possible. This means that a situation like Uniswap will not happen. If the SEC wants to investigate, who are they going to look at?

The next stage of industry progression is going to require projects to start with the mindset of decentralization and distribution from the start. This is the only way to prevent the regulators from taking completely over and stamping out any efforts to create a system based upon freedom.

Fortunately, the SpkNetwork is being built in this manner. The bind Uniswap is finding itself in only reaffirms this.

It is part of the process of the industry moving to the next phase of its evolution.

There isn't a difference really. Uniswap only has a company because they chose to have one (similar to 3speak). However they can always quit and then let the DAO run things.

Maybe but too late now. They are already in the cross hairs which means the SEC can go after them along with the individuals.

They are going to be on the hook if they ran afoul of the law even if they change things.

I agree they can't have their cake and eat it too. They cannot have a decentralized exchange and a company.

However, they can close down the company, fire everybody etc. The DAO still exists.

Cross-chain is a great idea. Thus, people will be able to exchange different kind of tokens.

Shows that the SPKNETWORK can do one better than uniswap. I like the idea of decentralization and distribution as well. It's a model that makes for total freedom. It's something the SEC will find rather confusing.

I'm a little bit confused yet, is SpkNetwork a blockchain? a platform?

I would think its more like a platform that interacts with the HIVE blockchain. It would try to decentralize the elements of video storage and split the ad revenue to the platform, users and content creator. At least that was my understanding.

It is a protocol that will evolve into a platform. It will start with a couple blockchains, peerplay and hive to start.

Good to know, will keep an eye on it.

@reonarudo 59
about 2 months ago (Edited)

One party the SEC can go after is developer teams. That's why they have to be anonymous like Satoshi was. Other entities various authorities can go after are witnesses, particularly consensus witnesses. It would be nice if they, too, could be anonymous or at least pseudonymous. That can be problematic, but it can also be problematic if they can all be served papers that say that they have to only allow such user-initiated transactions in the blocks they sign where the user's real world identity is known and whitelisted on some list held by the government.

That is how far governments could go if they really wanted. Also, Blocktrades is heavily involved in the development of Hive and Blocktrades is a company with an address and officers accountable for what the company does.

The only way to avoid these problems is jurisdiction shopping. That will become increasingly difficult the more mainstream the crypto space becomes.

Our best hope of avoiding government intrusion like that is for the world governments to be divided enough to never come to an agreement on how to regulate the crypto space. Trouble is they already are pretty much in agreement on a lot of things in international finance. The US is the leader of the West. The EU and the UK are other heavyweights in the West. What I'm hoping for is a fragmented West and a fragmented world in general. I really don't want these legacy entities and the regulators in their pockets to agree on anything.

One thing is certain: decentralization must be taken very seriously in every conceivable way. That also applies to Hive.

P.S. The founding of a Hive ETF is a both a terrifying and an awe-inspiring idea at the same time. The token price would moon no doubt but Hive would have to come under pretty heavy scrutiny before that could ever come to pass.

That is true but Blocktrades is not the only developer nor are they needed for it to continue forward.

As for the witnesses, many are in the US, but many are not. And we dont know who owns all of them.

Plus there are a lot more outside of consensus that if the original are taken down, there are 100 more that are there.

@automaton 64
about 2 months ago

It’s really sad that some innovation and it’s creators have to remain hidden due to overreaching by the State. Makes you wonder who the real criminals are.

Makes you wonder who the real criminals are.

What ever happened to the 100 mile per gallon carburetor?

The system is criminal.

yes, we can know a lot of good projects but we can't manage them all because there are so many scam projects

Who knows where this will lead to something much bigger or not as I am hoping it will. Regulations are there mainly used to keep control and glad that the SPKNETWORK has something that is very much needed.

"These platforms - whether in the decentralized or centralized finance space - are implicated by the securities laws and must work within our securities regime."

But again, this is just a United States issue.

Uniswap Labs (the company) are based in the United States so have to deal with the regulators of that country.

However, Uniswap Labs the company is not Uniswap the protocol.

So even though certain tokens are removed from that particular front-end, they can still be traded via the protocol, using a different front-end that is not based in the United States.

The cat is out of the bag when it comes to decentralisation and regulators are the ones that are going to need to adapt.

We need a shadow society to beat the shadow government.