An Example Of Confusing What The Fed Is Doing

The basis of this article came from one called FED Pumping $$$ Into Banks... by @mawit07. Before going this, give it a read.

Sounds logical. Correct? One would think the presumptions make in the article actually has some basis in what is going on. The sad truth is they do not.

Notice how there was no mention of the Eurodollar System in the article. Here is a case where a major component of what is taking place is missing.

So let us dive in and see what we come up with. 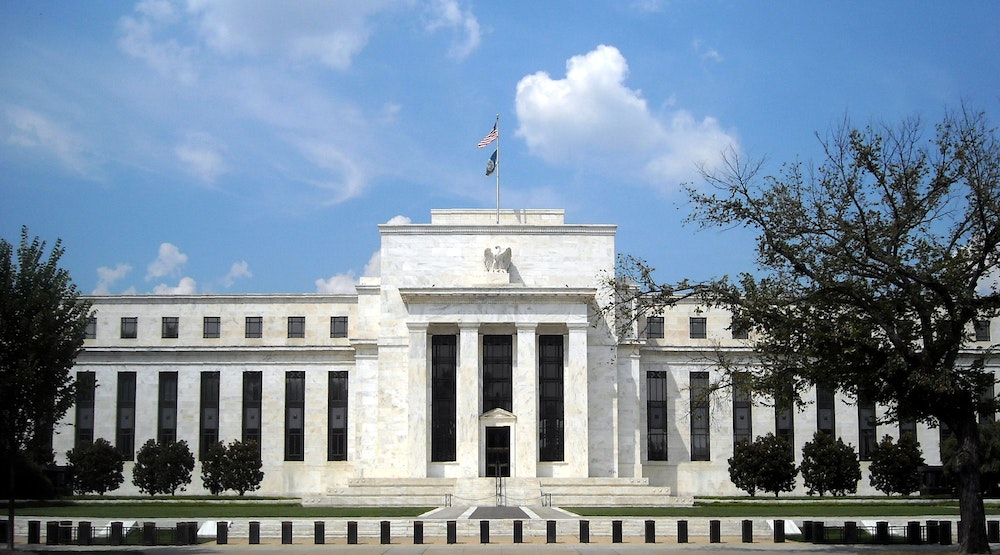 Why Would A Banker Accept 3%?

This is the basis of the article:

Indeed the banks are giving money to the FED and in return since base rate for borrowing is 3% the FED is giving interest on the banks' deposits at a annual rate of 3%.

Of course this is not done out of the generosity of the FED, but money is given to the banks and you maybe wondering why?

Here is where we have the first red flag. As we can see, there is a mixture of misunderstanding along with ideology. Generosity of the Fed? So the Fed is raising interest rates to simply be able to pay more money to the banks on their reserves?

This is what the author is trying to make us believe.

Instead, let us deal in reality. It is safe to say that someone like Jamie Dimon understands numbers. He also is capable of accessing risk. Since US Treasuries are considered the safest assets out there, it stands to reason he would like to hold them.

There is another major blow to the theory espoused: simple numbers.

Notice what the benchmark is paying. This is from CNBC: 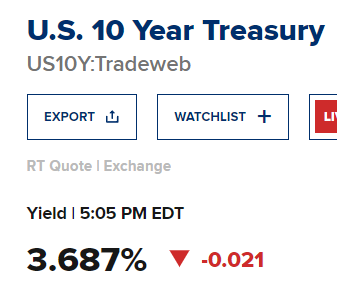 So here is the dilemma. The author asserts the Fed is generously giving the banks a 3% return yet the likes of Dimon can go out, purchase a 10Y Treasury bond, and get 3.67%. Why would the banks go for the lower rate when they can get a safe return? The answer is they would not, at least not from the ROI perspective.

But wait, it gets worse.

Look at this one, again from CNBC: 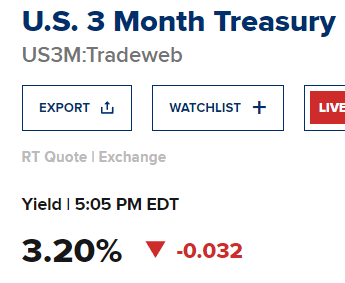 Do you realize what this means? If not, we will explain this in a moment.

The problem with the other article is that we do not see any discussion about collateral.

How The Great Financial Crisis Changed Everything

August 9, 2007 is the day the Eurodollar system broke. It is a day that few even know about yet it should go down in infamy.

Here is what the CEO of Northern Rock bank, Adam Applegarth, had to say:

"The world stopped on August 9th. Its been astonishing , gobsmacking. Look across the full range of financial products, across the full geography of the world, the entire system has frozen."

Yet few even mention this.

What caused this situation and what is so important about this date?

It was the date when, BNP Paribas, then the second largest bank in Europe, announced that it could not value 3 of its funds. This sent shockwaves throughout the entire banking system.

Contrary to the popular belief espoused on the mainstream financial media, this had nothing to do with subprime loans. They were much too small in value to crush the global economy.

At the core of this was collateral.

From the public we have sovereign debt and the private was putting up mortgage-backed securities. We were under the illusion that both were providing the global financial (and monetary) system with high quality collateral. After all, the rating agencies on Wall Street were telling us just that.

As we know, that was a con job. What BNP Paribas found out was the collateral they took as a result of a failed loan had no market. This sent the bank scrambling as it searched through the value of its funds. Since the price of collateral was uncertain, valuation became impossible.

This eventually spread like wildfire throughout the global financial system, eventually end up at the door of AIG. Since that was the "insurance", it is a bad sign when that company is basically insolvent. This is why the US Government had to backstop it all.

Obviously, we could cross the private collateral off the list. At least, however, there was still the public debt that could be used as collateral.

Here is where the second problem arises.

As we exited the GFC, over the next 5 or 6 years, Italy, Germany, Spain, the EU, and Japan all blew up their bond markets. The ECB helped the process along by taking their rates negative. That, along with a host of other issues, left a major impact upon the entire banking system.

Basically, we are looking at a situation whereby there is a major collateral shortage.

Since much of the public collateral is trashed, we are left with US Treasuries. Today, US bonds and notes are considered high quality collateral with T-bills being pristine. If you want the best rate along with the least over-collateralization, bring those to the table.

In light of this, we can see how crazy it is to think the banks would prefer 3% and it is a gift from the Fed.

When we are dealing with bank reserves, much of which is a result of the central bank's QE program, it is important to understand these cannot be collateralized. When the Fed "prints" reserves, they are not legal tender. Essentially, they are a bank token that is on the balance sheet of depository banks (in exchange for a government approved security).

Thus, they have little use to the banking system. If a bank cannot collateralize it, this does nothing in terms of expanding the balance sheet within the short-term lending market.

The situation changes completely when we delve into US Treasuries.

We posted the rates the 10Y (Bond) and 3MO (T-Bill) are paying. Keep in mind, we are dealing with high quality and pristine collateral when it comes to the overnight lending.

Therefore, in addition to being able to get a better rate of return, Jamie Dimon could also get an asset that he can collateralize into the market. In fact, as a primary dealer, JP Morgan is always in quest of US Treasuries to pledge (repledge) as collateral. The fact that the 3MO are always on the run is what makes it attractive.

The Hunt For Collateral

The challenge is there are not enough Treasuries out there. While people talk about the debt level, from this perspective, the Treasury create $10 trillion in bonds and the market would swallow it up in short order.

For this reason, there is a big onus to get Treasuries on the market. The New York banks are presently not accepting EU debt. This is the case in the majority of situations since the overnight lending market froze in 2019. It was attributed to questions about Deutsche Bank but it was likely a referendum on the entire EU banking system.

Since the Fed expanded the asset side of their balance sheet with a decade of QE programs, they now have to get some of that to market. Hence they can do a reverse repo deal with a JPM, through Chase, to get the Treasuries into the market. JPM will then enter into agreements with other financial institutions on those assets through tri-lateral agreements.

This is why the banks take the 3% from the Fed. The reality is they have no choice. Since 2007, the entire global financial system was turned upside down and has cost tens of trillions of dollars in lost GDP.

It is one of the reasons growth rates around the world are completely anemic.

The Fed is not directly trying to help the banks. Instead, it is trying to keep up the illusion it is relevant and can control the economy. Their stated goal is the focus: getting prices down.

3% on reserves that cannot be collateralized when there are higher rates on Treasuries which can be used in the Repo market.

One has to understand there are many layers to the banking system and where these institutions are operating. We always have to view things against the backdrop of the entire system.

Its ridiculous how the first point of call is to lift mortgage rates and put the burden on people who have a home. It never ends really.

The collateral is a huge issue but it's not really something the government is interested in solving. There is just so much debt out there and they are being packaged in different ways to make things more confusing. It makes me wonder if they are even considering the eurodollar system at all.

Thanks for the in depth explanation.

I'm among the people who had little to no clue of all this. I started watching some documentaries and reading articles on that con job by rating agencies and it's just crazy how the whole thing was played.