Recently, I watched a documentary on Bethlehem Steel. This was a legendary company in the United States in the 20th century. It was officially started, under its most prosperous corporate name in the early 1900s. The company truly began in the 1860s in the iron business. It was only after Charles Schwab got involved that they turned to the steel business.

This company one of the of leading providers of steel for 60 years in the United States. It helped to provide the resources for much of the war efforts in WWI and WWII. A large part of the U.S. Navy was built using their steel. 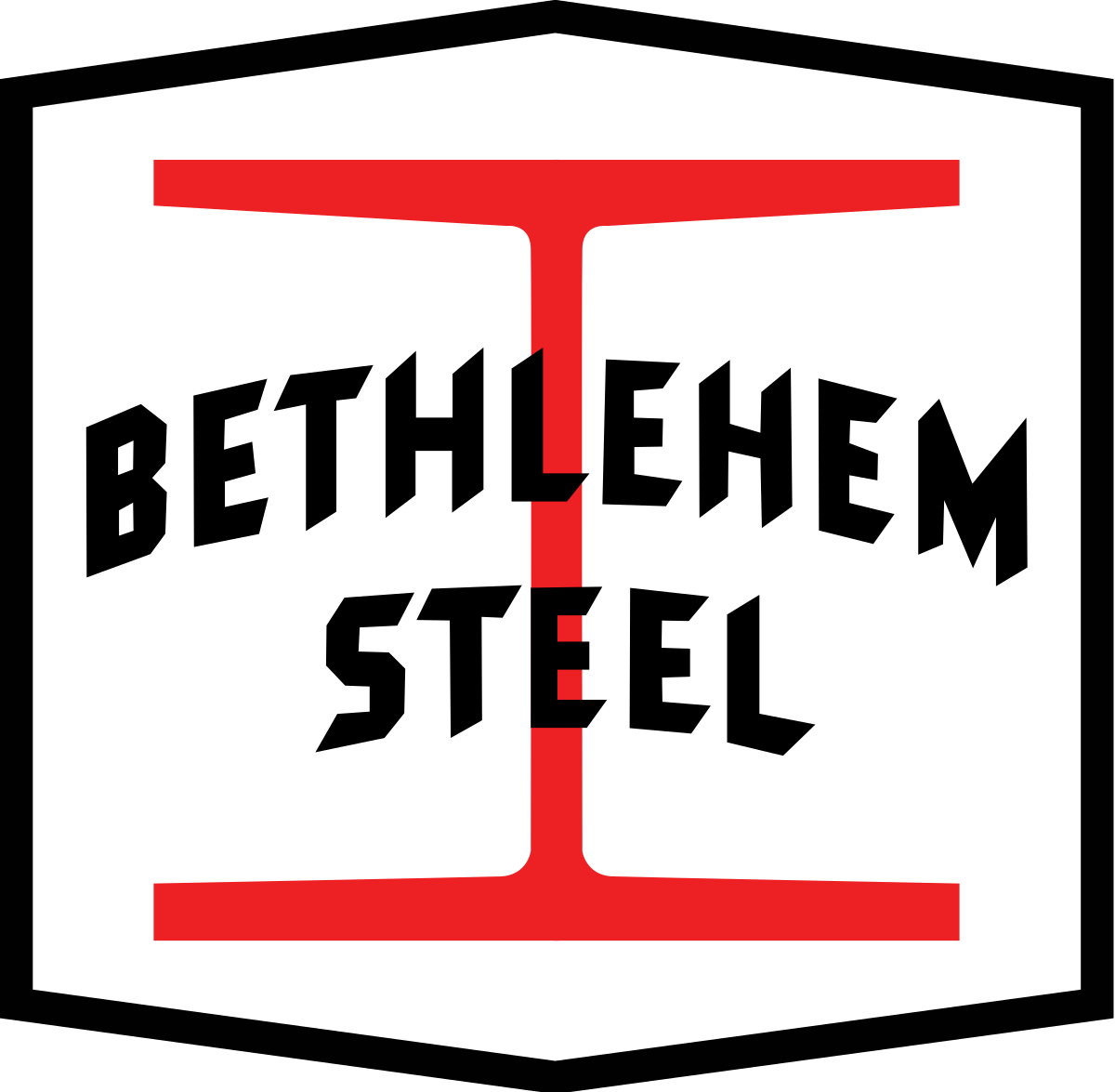 At the same time, they developed the steel I-beam which became the standard in buildings and bridges. Hence, Bethlehem Steel helped to construct American bridges and skylines.

It is truly a remarkable success story. Of course, there is a downside to it. During the 1960s, struggles started to take place. Competition from abroad starting to flood the market with cheap steel. Part of this came from Western Europe, countries that rebuilt after being flattened, literally, during the war.

Sadly, the company kept on its same path. Due to technological advancements the Europeans were able to adopt, since they were building from scratch, they had a distinct advantage. Bethlehem started to implement changes in the 1970s that should have taken place in the 1960s. Management stuck to their guns about what was working (even when it wasn't).

As a result, the company lost market share. This, coupled with onerous payments in retirement plans, ended up bankrupting the company. It managed to hold on until the turn of the century but not long after that. Only two years after entering bankruptcy, the company was sold.

This is the atypical story about a company that did not see what was coming to eat its lunch.

Legacy Automakers Are Going To Struggle

We hear about the legacy automakers all jumping into electric vehicles. This is the rage at the moment as most are now convinced this is the future of the industry. General Motors just upped their investment into EVs to $37 billion over the next few years. This will allow them to build a couple new plants for vehicles and batteries.

Here is where the challenge comes in. This is near the level Tesla will sell in 2021. They might fall a bit short but, with a couple new factories opening up next year, it is likely they cross 2 million in 2022. That is double what GM anticipates by 2025.

Some might make the case that GM is still selling their ICE vehicles so they will have cashflow. That is true. The challenge with that outlook is that Nokia was still selling basic mobile phones while Apple was rolling out the smartphone.

There is great debate about how far ahead of the competition that Tesla really is. Some put it 3 years while others move that number up to 7. Either way, Tesla has a lead and the rest are playing catch up.

A prime example is Porsche and Mercedes. Both brought out high-end EVs that were promoted as "Tesla Killers". One is a sports car while the other is luxury. This meant that both were going to have to make some tradeoffs.

Their battery technology is simply too heavy. Thus, the choice is between performance versus range. For Porsche, it was an easy choice. Given the nature of that company, the "horsepower" is what matters. Hence the range is 200 miles.

Mercedes opted for a slightly different approach. Their 0-60 speed is near 5 seconds. While that does not impress, the 400 mile range is very accepting.

It is also half the price of what the other two vehicles were introduced at.

Trying To Play Catch Up

The traditional automakers are all trying to play catch up. Simply put, they are Bethlehem Steel in the 1970s. The company was doing what it should have done a decade earlier. We now have legacy automakers trying to do what Tesla did in 2012. Even today, most cannot match the specs of the Model S the year it was introduced. That was 9 years ago.

It seems that most of the companies still view Tesla as a nothing. Only the CEO of Volkswagon has publicly admitted the threat the company poses. The rest, from Ford to GM to Toyota shrug it off.

They all seem to feel that their past success is going to carry them forward. This could be a fatal blow.

Many felt Amazon was absurdly price circa 2006. The price was moving and the P/E ratio off the charts. People were pointing out that not only was this more valuable than all other book stores combined, it was more than the value of all books ever produced.

Amazon was, naturally, not just a bookstore. 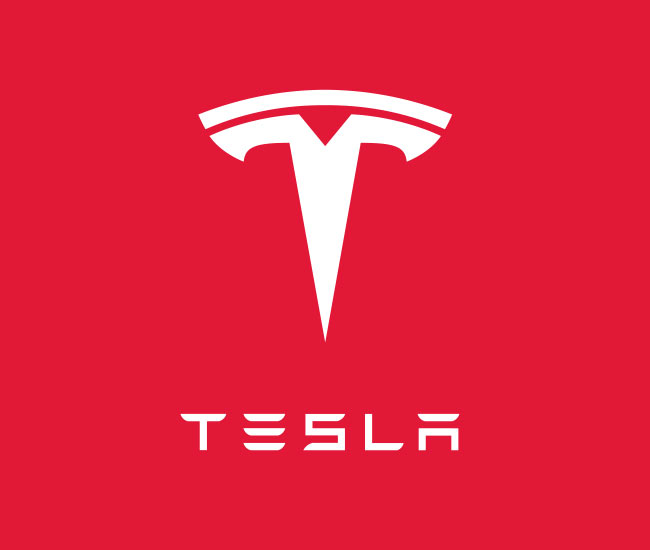 Many try to frame Tesla as a car company. Other then call it a technology company. Still others maintain it is an AI company. Lastly, some call them an energy company.

The reality is that it is all of those. In fact, Musk has called it a series of startups, a dozen by his accounting. That is not something that we would call legacy automakers.

Here is where we see the difference in mindset.

The company is the predator. Even though many dismiss Tesla, there is no doubt that, internally, they realize the threat it poses. After all, the global automobile fleet is not made up of Teslas. Hence, they are going to pilfer business away from the other automakers. The only constraint they have right now is production.

In the meantime, General Motors is going to spend tens of billions to try to catch up to Tesla. Of course, the later is not sitting still. There is a good chance that the gap between Tesla and some of the other automakers actually gets wider as the years go by.

It's quite amazing they provided the material for construction

The lead over technology will definitely benefit Tesla and I doubt the other corporations will give up their current advantages in gas cars (even if they are dying out). I think they are trying to bridge the gap by spending money but I don't know how far it will go.

They are going to keep churning the ICE as long as they can because they make money for them. Unfortunately, by doing that, they are going to start giving up entire markets like the EU.

I don't disagree with what you are saying, but really it is all going to come down to who develops what technology first. Sure Tesla is ahead of the game now, but what if Ford or GM gets their hands on some amazing new battery technology through one of their partnerships. Something that totally changes the game in terms of charge time, drive time, and weight. That could easily catapult them forward. Eventually everyone else will figure it out and be playing catchup with them. It could probably be loosely argued that Ford was well ahead of everyone else when they first introduced the Model T. I dunno, just some thoughts I had.

And why do you think General Motor or Ford would do that? What is their expertise in that arena?

People simply assume because they know how to build cars (and are big) suddenly they know about batteries. It is more likely a smaller start up comes up with that.

And dont forget, Tesla has relationships already with Panasonic and CATL, two of the leading battery companies in the world.

It is possible for something new to emerge but if it does, I would be more of it being from Tesla than other companies.

This epitomizes the bias we have towards incumbent companies. In a world of disruption, that can often prove false.

If anything I would argue the bias appears to be on your end :) I know at least Ford has been making some partnerships. It has been at least one or two years ago that they teamed up with Rivian to start working on electric vehicles. So while it is true that Ford or GM may have no expertise in the field, they are making partnerships (just like Tesla is) to account for that. Realistically it may just come down to who makes the best partnerships since the battery seems to be the biggest factor in how successful an electric vehicle will be. Perhaps it will be one of the big three or perhaps it will be Tesla. I've got nothing against Tesla, I own Ford stock, my dad retired from GM, I used to own a Jeep. My point is the race for EV's seems to lay more on who comes up with the best battery tech versus whether they are a new or old company or how fast or slowly the adapt.