Have you been paying attention to what is taking place in China? There is a lot of headwinds for that country that could make things very painful for the global economy.

Anyone who is delving into the present state of China is realizing things are not as rosy as the CCP makes them out to be. In fact, many are questioning all the numbers coming out of the government. There is slight of hand that comes from exaggeration and then there is what the Chinese are doing.

For example, the growth rate of 7% is a mirage. Many of the banks research departments delved into the numbers and believe that China is growing at closer to 1%. For a country that amassed so much debt, that is a growth rate that makes things unsustainable.

There is, however, one point that is a major concern. 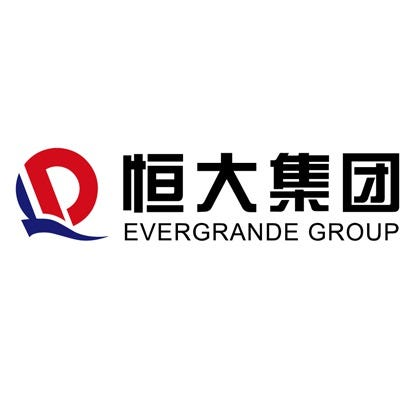 Evergrande is a contractor that is finding itself in a heap of trouble. This is one of China's largest developers and it is at risk of defaulting on its bonds. They were recently downgraded to junk status. When this happens, they can no longer be used to generate cash.

This is all tied to China's massive run up in spending for construction. Since the Great Recession, the country went on a building spree to offset the loss of exports as the rest of the world suffering financial setbacks.

The problem with this is that it created a debt situation that makes what the US has look small. For many years, China was able to sustain it due to a double-digit growth rate. It seems those days are long gone.

Evergrande could end up in the same vein as Bear Stearns and Lehman Brothers.

One might wonder how could $300 billion in bond defaults take down the global economy? This is a small amount compared to the total debt that exist globally.

While that is true, $300 billion is not exactly chump change. Also, it is not the defaulting by Evergrande that is so worrisome. Instead, it is what comes after it.

As we learned in 2008, Bear Stearns, on its own was not horrific. The economy actually weathered that and the markets, after a drop, rebounded. In that instance, the challenge stemmed from the fact Bear Stearns was just the appetizer. Lehman was the proverbial straw except it carried the weight of a ton of bricks.

Many are starting to question that if Evergrande goes under, what will it set in motion?

What we are witnessing in a reversal of the onset of the Great Recession. That started in the United States and spread to the rest of the world. While those in the US were caught off guard, it was a situation that arose at home.

This is the exact opposite. All economic suffering is going to start outside the US and head to that country. The suffering will start outside its borders but, eventually, hit home.

Here is something that few Americans are going to see coming. The simple fact is they believe the market will keep going up because the Fed has it covered. Ironically, an ex Vice Chair of the Fed basically said it is out of ammunition. There is little more it can do.

At this point, if another global setback does it, the Fed's only option is to enter the market and buy all Treasury securities to push interest rates to zero. After that, it has to hand things over to Congress. Isn't that a pleasant thought?

There are already signs that things are cracking internationally. Everyone is looking at the present figures as justification for things going well. The reality is that the economy, both the US and global, is faltering. This is something most cannot see since they simply watch the headline the financial media spews out.

This is a situation worth watching. The Chinese stopped trading on the Evergrande bonds since the prices were dropping so much. This is never a good sign.

How big can this be. Keep in mind that the Lehman bankruptcy was just over $600 billion. This is a bit different since this is just the debt, of which $37 billion comes due in a year. Without the evidence of the ability to refinance the current debt, this situation could get bad very quickly.

Keep an eye on this one. I have a feeling the onset of the next financial crisis is going to be from China. From there, it will spread globally.

This is quite interesting. I always thought that the mighty China could never face such deep economic crisis. Any recession starting from China would be A massive one.
I'll definitely keep my eyes on this

I get in fights with my Conservative friends all the time. They are so frightened Chinese troops are going to land in California and march all the way to North Carolina within the next few months. I keep telling them China couldn't invade Taiwan much less Hawaii or the mainland US. I tell them they are falling for government fear porn designed to distract them from the real crooks in DC. Then I ask them, does socialism work, yes or no. They say no. Then I ask why are you afraid of a socialist country? Long term, socialism always leads to poverty and starvation.

It is questionable whether China could take Taiwan. Even if they could, how could they hold it. Occupying is a lot different than invading.

China does not have the naval might to operate on the oceans. That is why they need the US to make sure their goods go through. If the US pulls that, which it is doing all over the world, China will be crushed.

Do not be surprised to see that country plummet globally over the next decade.

I eagerly await the arise of India, the new superpower.

Very interesting, I have blocked out so much news due to politics I realized reading this, I have very little awareness right now of Global financial happenings.

I've got a little homework to do after this one.

Politics suck so it is good to avoid. It is more important to look at strategy and some of the policies that are coming down.

Politicians are mostly blowholes who serve little purpose in life. However, their policies can be telling.

It is expected by many due to the pandemic situation and we are going to face some sort of trouble throughout the world after the pandemic because economic condition of many countries are not good at all. Those countries who are based on agriculture will survive in the long run. You have shown a lot of data to justify your comment and thank you very much for sharing a lot of information to us.

At this point, if another global setback does it, the Fed's only option is to enter the market and buy all Treasury securities to push interest rates to zero. After that, it has to hand things over to Congress. Isn't that a pleasant thought?

The pandemic is helping to pull this pain forward. It was, however, going to arrive anyway.

Interesting ideas. We may never know the truth about what goes on in China, and we shouldn’t assume that they are perfect. I am sure they have their share of scandals and mistakes.

The West overestimates the power of the Soviets. I think it is obvious we are doing the same thing with the Chinese.

If China goes down presently, the rest of the World's economy will cripple for sure. Good time to double down on crypto

Crypto might go down with it. That was the case last March and April.

Hmm... Definitely one to be weary of then

It's going have a huge impact on the repo market too. I do believe those bonds were involved with some of the high yield bonds available for people to buy. Maybe people will realize that things don't always just go up...

Well the Repo market deals with Treasury securities and MBS. The bonds that Evergrande has are corporate bonds so a different set of securities.

That said, confidence is vital and if banks starts to question who is at risk, then the Repo market could seize up again. The Fed cannot allow that to happen since short term rate would skyrocket.

How's crypto gonna play its part in this whole situation?

Hard to tell in the short term. If we see markets crash, it could go along with everything else. It happens last year with the lockdowns from COVID.

Longer term, we are an alternate system. The money printing that is required to keep things afloat is not going to be stomached. Cryptocurrency is going to give the world the resources it needs to truly stimulate things, in a distributed manner.

This is not something that we will see out of the present system. At some point, I expect most of the technological innovation to be funded by cryptocurrency.

I totally agree with you, what is happening in China will also extend to the whole world and there will be an unprecedented crisis, it is only a question of time because everything is already prepared and it will happen very soon.

The Chinese have been in trouble for years and people cannot see it. This time they will and these are cracks you can't just cover either. The way the Chinese businesses are built with the Government subsidizing many of the deals. This had to break at some point and Evergrande is just the start.