Things could really be a challenge for China over the next few decades. It could be a situation where it is nothing but downhill from here for the world's second largest economy.

While many believe China is destined to remain a superpower, this is highly questionable. In fact, the notion that China is going to catch the United States in terms of economic might is quickly becoming laughable.

If what we are seeing is correct, the population is in worse shape than advertised. While the CCP is keeping this under wraps, it will eventually be reflected in the numbers.

Many questioned the numbers a year or so ago when they released their census. The fallout from that has many organizations starting to alter their trajectory for the world's most populous nation. Where this will be of impact is economically.

This is a story we saw before. There was talk about the US economy being overtaken in the late 1980s. At that time, Japan was the rising star. Many felt it would bump off the US and become the largest economy in the world.

Demographics killed that country. The bubbles that were occurring popped, a situation the Japanese never recovered from. Few realized that, in spite of QE to infinity (the Japanese invented it after all), the country went through a 3 decade deflation death roll. Even today, their real estate and stock markets are still below the all time highs. It is not likely they will ever get back to those levels.

China is now the choice for many to be the dominant player for decades to come. In cryptocurrency, we keep hearing about the next Ethereum Killer. It seems in the world of global economics and supper power status, everyone is looking for the United States killer.

So far, it has not presented itself.

As for China, we can expect a replay of Japan.

Many are starting to question the numbers. In fact, most organizations are stating that China's population is peaking earlier than expected.

Now, the UN has released its 2022 WPP, which concludes that China’s population began to decline this year (ten years earlier than its 2019 projection), and that India’s population will surpass China’s in 2023 (seven years ahead of the 2019 forecast). And yet, as in previous revisions, the WPP is still overestimating China’s population figures. The 2022 WPP, the Chinese statistics bureau, and China’s 2020 census all overstate the country’s post-1990 births. While the 2020 census and the 2022 WPP show a birth peak starting in 2004, the statistics bureau puts the peak in 2011, and all three data sets have roughly the same number of post-2010 births.

Yu Fuxian has been analyzing Chinese population data for decades. He even wrote a book in 2007 detailing the situation, one that was promptly banned in China.

A leak by the Shanghai Police Department has given demographers a lot of data to parse through. Much if it bringing forth the reality of population in serious decline.

Since sampling is not perfectly uniform, it is not possible to pinpoint the number of people in each age group nationwide; but the overall pattern of the age distribution is consistent with past censuses. It suggests that post-1990 births continued to decline faster than I had predicted, and in fact did not peak in 2004 or 2011. That means China’s real population is not 1.41 billion (the official figure) and could be even smaller than my own estimate of 1.28 billion. It also means that China’s economic, social, foreign, and defense policies – as well as those of the United States and other countries toward China – are based on erroneous demographic data.

So whle most follow the census, here is one who is very aggressive in concluding the numbers are really over inflated, especially among the 20 and under crowd. 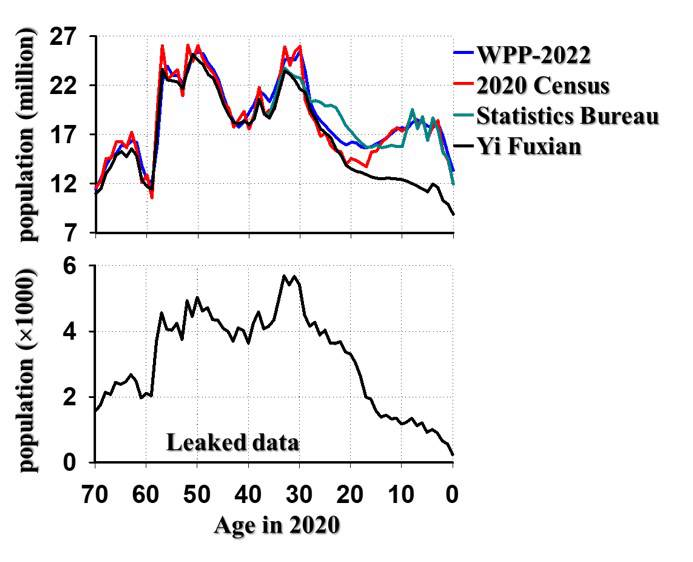 So what happens if there are 10% less Chinese people than originally thought. This is a major problem since the overestimating is among the younger age groups. Those who are older, the ones who do not contribute as much economically, they are accurately accounted for.

An economy is in trouble when consumption dies off. It is possible to replace lost productivity through technology. What cannot be made up for, internally, is the lack of purchasing that people, who do not exist, fail to make.

The only way to compensate for this is to export more. This is problematic in a world that is now being shaped by geo-political divides along with corporation operations focusing upon shortening the supply chain.

There is also the factor that many other countries are going to face what China is being confronted with. Since South Korea, Germany, Italy, and Spain all face their own demographic issues, we could see a major issue with countries that want to export.

Of course, there is the United States, still the largest economy in the world and one driven by consumption. This is becoming a bit of an issue for the Chinese based upon what we see so far.

For this reason, we are likely to see a Japanese style reversal over the next couple decades. As the demographic situation worsen, so too will the economy. The chance of catching the US is off the table. China is going to have to work hard to minimize the pace which is heads backwards.

There was a time when Japan was slated to overtake the United States. It didn't happen.

I do not expect the Chinese to be successful either. The growth story out of there is over.

India’s population will surpass China’s in 2023

And I saw a story (somewhere?) a while back saying that India’s middle class is growing faster than China’s too.

China's growth story is over. The last decade only saw it from infrastructure projects, that for the most part, were not needed.

India has huge potential if they can figure a few things out. They are a very divided country which needs to be resolved. However, if they can do that, they have a great combination of high tech knowledge along with lower educated workers for massive manufacturing.

It seems like everything in China is worse than advertised.

They have a lot of issues.

The demographics are hard to get away from. That cannot be easily altered.

Yesterday, I saw investor Kathy Wood's comments on the Chinese housing market on Youtube. She was talking about the strict regulations brought by the Chinese state, putting the housing market under pressure. She stated that the real estate market price declines could harm the Chinese economy.

Real estate makes up a large percentage of most economies. So the massive run up caused strong numbers but the decline will weigh on things.

Real estate can take 5-10 years to turn around. By that time, there might be 50 million less Chinese people.

Chinese products don't always last lol... I done believe they can beat the United economy but you never can tell

No products last. It is all part of planned obsolescence of products.

I am not surprised that China is manipulating its numbers to make it look better. I just think it's bound to happen because we have become way more reliant on medicine and etc.

It is difficult when we set ourselves the goal of surpassing someone, or in this case the US. For me, China should concentrate and continue to strengthen its economy. If that time comes, it is complicated, but we have to work if it is true that they want to achieve that goal.

Hard to do when people are dropping dead left and right.

And before they drop dead, they get old.