There are opportunities that come along in life that can be truly transformative. For those old enough, one that was major was the advent of the Internet. Since that started to get significant usage, it created a multitude of billionaires and more millionaires than we can even guess at.

Over the years, people who were knowledgeable about what was taking place benefitted greatly. Financial fortunes were amassed, some that will be felt for a few generations.

The one problem with this was that the Internet, especially in the early days, was very technical. Certainly, people like Mark Cuban were able to leverage it into billions of dollars. However, most people in that era did not have the technical expertise to even be aware of what was taking place, let alone to take advantage of it.

Fortunately, we are getting a second change (for those who were around in that era). Cryptocurrency and blockchain are going to generate even bigger windfalls. My guess is whatever we saw from the Internet in terms of financial prosperity, 100x it. That is how big this is going to be.

We are still in the very early days. It is often hard to envision how things are going to unfold. Nevertheless, many are assisting in trying to lay out potential paths that will be taken. This should help all of us to navigate what is taking place. 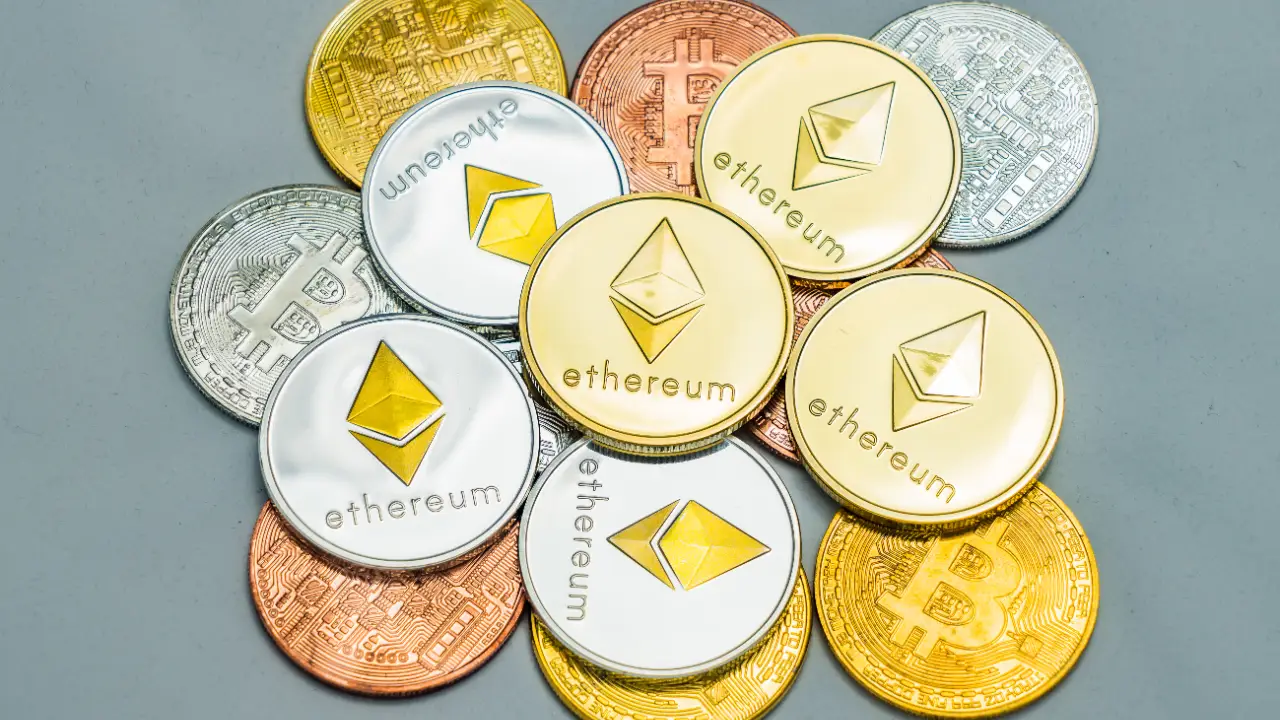 This is something that we discuss quite frequently. Yes it is true that not everyone is driven by money or being rich. However, we all should value freedom. Unfortunately, the world we live in today is driven by money. With it, comes power. This is what makes the establishment such force. It, and the people behind it, have such an overwhelming percentage of the wealth.

Cryptocurrency is our opportunity to change that. We now see a way, collectively, to tip the scale back in our favor. To do this, we all have to dive in and work towards that end. If they want to have a power struggle based upon financial resources, we can give them that. We simply can work to grow our stakes to levels that far surpass what we could achieve in the present system.

Here is where we will find freedom. By doing the things that change the financial futures for ourselves and our families, we can turn the tide while changing the narrative completely.

We are all aware of how financial slavery is the norm for most. Even the developed countries, which are the wealthier ones, find this to be the case. The majority of the population exchanges time for money. Thus, we see the term "wage slave".

Sadly, this is the bulk of the middle class. Even the upper end of that category finds themselves in this cage. Certainly, their incomes are higher but so are all those symbols of wealth. The fancy car, large home, and overseas vacations are mostly financed. Therefore, staying on the treadmill is required to keep the payments up to date. Stop that and it all collapses.

The system is well aware of this. For this reason, it encourages this behavior. It loves when people get into debt. Once this happens, the individual is done.

Cryptocurrency is a path out of this. There are going to be hundreds of trillions of dollars made by the end of this decade. The question is who is going to reap those benefits.

The opportunity is there for anyone who is interesting in achieving life changing money.

Like many things in life, what we are dealing with here is nothing more than a numbers game. The masses far outnumber the few with all the resources. Hence, the minority at the top benefit while the larger percentage of the population actually props those people up.

Here we see the opportunity to doing the proverbial rug pull. In this instance, it will not be quick. Nevertheless, over time, with each transaction removed from their system and conducted in cryptocurrency, it is a minor shift in power.

We can see the speed and exponential nature with what we are dealing with. The present system, quite frankly, cannot keep up. We all should be aware of this by now. That is our ace in the hole.

Add this to the fact that we have the overwhelming numbers in our favor and it becomes easy to see the path to altering what is taking place.

For example, if we have 1 billion people involved in cryptocurrency, $1,000 apiece is a trillion dollar difference in individual holdings. This is not market cap but, rather, cash in people's wallets. For much of the world, $1,000 would be considered life changing money.

Remember earlier when we said this is going to generated hundreds of trillions by the end of the decade. Take these numbers and 200x or 300x them. Now we have a couple hundred thousand per person.

Will everyone participate? At some point, all will be involved in cryptocurrency in some manner. Hence, it is a sooner or later situation. Sadly, most opt to join later. They will not be the early adopters, taking advantage of the opportunities that come from that. However, from what we are seeing, there are going to be plenty in the future. We are so early we cannot even envision the potentiality of what will be around in 5 or 6 years.

The goal of life changing money is not so much about what is can buy. Instead, we need to look at it as the pathway to freedom; not only for ourselves but the entire population of the planet.

It is time for a new system and we have the ability to create it.

Life changing money, bring it on! Tho, really i enjoy most of what my life is. It doesn't need to change too much. But, a little could be nice! Lol

Stick with Hive based stuff and get active and you will find there is no little in the equation.

This is why to those new to Hive and LeoFinance who think they got in 'late" I'd tell them: "it's earlier than you think!." Now is a great time to start building a position in crypto. I have every confidence that we'll see an increase in the HIVE price that will blow away anything that's happening today. Those that will be rewarded, will be the people with the foresight to hang tough through the rough patches and build, build, build. Life Changing Money indeed...

Without a doubt. This is still very early in the process. Those who are in now will be very happy down the road.

It's like becoming part of the 1849 California Gold Rush 2 weeks after the first nuggets of gold were discovered. It was still early enough for many people to make their fortunes by mining gold or finding gold however they could.

It's my last hope

That is the thing most people don't realize. It is still so very, very early in the game. We are only a tiny percentage of what this will become. The "market cap" of crypto will hit $1 Quadrillion dollars at some point, probably 10 years from now. Quite possibly less. We're at $3 Trillion now. That's 333x from here. Find quality projects, get involved, and HODL.

And Hive could do more than 33x. It has amazing potential if many of the things being worked upon pan out.

Oh, I'm confident it will. I don't know when, but I think 333x from 50 cents is well within reach. Even from $1. Quite possibly even $2. I really think it has a chance to be a top 10 token down the road. The more people learn about it, the better it becomes.

As you've said, the network effect is where it's at. Take #Splinterlands and the gaming community (PsyberX, Exode, etc, and more coming), Leo & Cub and the financial/Defi community (plus diesel pools), and then add 3Spk and ProjectBlank to the mix, the breadth of the market that HIVE can tap into and appeal to will be absolutely astonishing. Throw in HAF and HAS for ease of onboarding devs and users, respectively, and the immense firepower this blockchain will have for the entire crypto community becomes almost hard to fathom. Pretty nuts to contemplate....

Crypto has brought change, making transactions much easier and I guess we should be looking at improving or for the future t come. Thanks, boss for this wonderful post and I am glad you shared it.

You can win a lot of crypto, but for Life changing, you may have this opportunity only once and change your life dramatically, so your constant presence in the crypto world increases your chance of getting this opportunity.

It is something that he to be done quite frequently that is for sure. Consistency is key.

Crypto does even out the playing field but I also think that the population will still exchange time for money. I don't think this will change but playing on a new field where the wealthy can't give themselves an advantage because the code is transparent. Of course if people could start learning how to invest then it might be life changing.

Crypto money is life changing, crypto money already brought alot of freedom to many Nigerians youth and to so many youth in Africa, this is just the beginning and the best of crypto is yet to come

Hopefully it continues to bring a lot more.

Crypto will continue and nothing is stopping us now

Many of us are seeing this already and it has only just started. I can not imagine where we will all be in 5 years from now but it is exciting just to think a bit.

It will be a lot bigger, both in terms of the numbers and people.

The goal of life changing money is not so much about what is can buy. Instead, we need to look at it as the pathway to freedom; not only for ourselves but the entire population of the planet.

YES! So much win in this entire post. The reality is that freedom means different things to different people who live in entirely different places on this planet spinning around the sun.

What does freedom of choice mean to each one of us? Having the opportunity to answer and live that is the real power of life-changing money.

crypto is a waste of time for me, cant buy on my under $100 a year income

If you're trying to buy the big-name cryptocurrencies such as Bitcoin or Ethereum, then it may be a waste of your time. To benefit from these at a small scale, you would need to make frequent purchases using whatever disposable income you could had.

If you're trying to buy cryptos in the range of USD 1 to USD 20.00, you could stack a decent amount for the time when they moon. More of these cryptos exist, so more research is needed to see which ones are worth the time and effort. HIVE is in this category.

Then there is the group of are sub-cent cryptos, most of which are the memecoins or shitcoins. There are a few gems in this category which are neither memecoins nor shitcoins. Just about USD 2 spent on those could break the bank if you chose the ones which moon. Finding these gems is tricky, but if you do it right you win life-changing money.