How Bad Are China's Demographics?

This is a situation that is becoming critical.

China is the world's largest population. It the second largest economy along with being the biggest exporter. In short, China became the world's manufacturing center.

There is a situation brewing that could spell a lot of trouble, not only for China but the world.

It is obvious we are in an interconnected economy. Even with the shift to tighter supply chains and the moves to produce more at home, we still see countries dependent upon each other.

For example, while China is the largest exporter, they are also a major importer. Many of the materials that go into products are imported. The same holds true for a great deal of food and energy.

An economy decline could have a major impact upon a country such as Australia. The Chinese buy a lot of materials from that country. Remove a percentage from the picture and it could be a big setback for those Down Under.

So it harkens back to the original question: how bad are China's demographics? 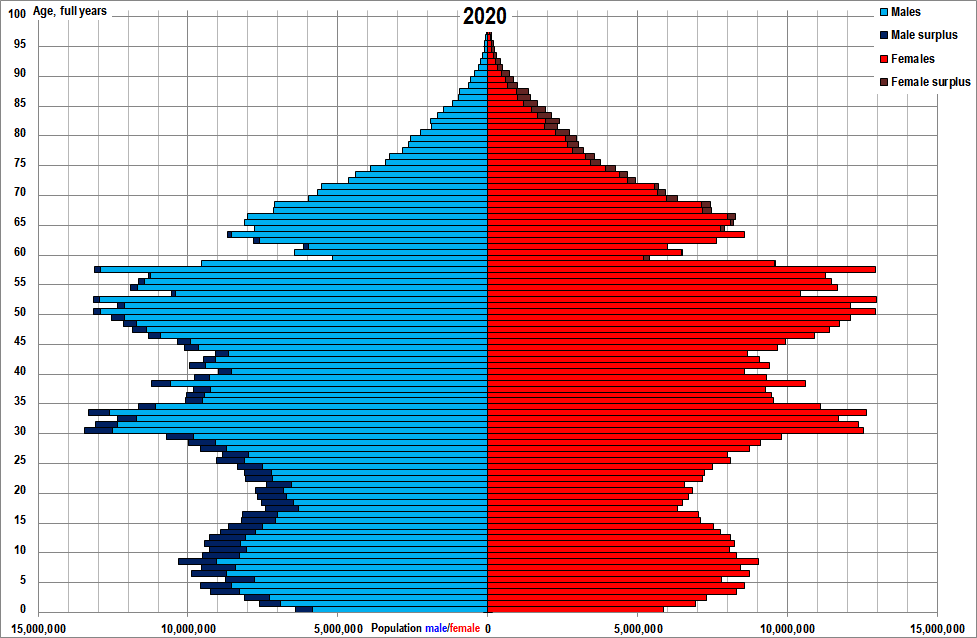 For a country this size, it is nothing. However, this is a very telling sign. The expectation is that it will hit a .1% annual decline by the end of this decade and moving to .5% by 2045. Thus, the Chinese population, in 2050, would be more than 100 million below the projected for 2022.

Another issue is the fact the U.N. did not expect China's population to peak until 2031. This means we are arriving at this point a decade ahead of what many expected.

Dr. Yi Fuxian of the University of Wisconsin-Madison is a critic of the Chinese government and noted demographic expert. He contends the data is way off.

This makes the U.N. revision seem minor. According to Yi, the country is now down 130 million people off the official numbers. This completely changes the trajectory when we chart things over the next 30 years.

The recent decline in birthrates due to the COVID situation only further magnifies what many are viewing as a major problem. This is quickly becoming a demographic timebomb.

Demographics play a major role in our economies. Most of the advanced economies, including China, are based upon the idea of an expanding population. This was the case for many nations over the last 100+ years. This could be coming to an end as many countries, including the United States, could be facing a slowing, if not an outright reversal, of their population trends.

One of the biggest problem for China is the fact they have enormous pension commitments already. This is manageable when the number of workers far exceeds those drawing. However, if the situation reverses, it becomes a major source of contention.

We also have to keep in mind that China's debt-to-gdp ratio is the highest in history.

Is this a situation that it can manage?

Part of the issue stems from the fact the Chinese could produce and export the excess. Is this option going to be open to such a degree as more countries face similar circumstances? Even without the geo-politics, the demographics of the developed world could be an issue.

China could increase consumption but that is easier said than done. With a country that is facing a lot of headwinds, we could be see the peak in that country.

This does not bode well for the global economy. Quite simply, much of the growth over the last 35 years was due to China. Outside of that, things were rather slow. Pull them from the equation and we could see things really slowing down.

It is a situation to keep our eye on.

you of all people know that nothing literally ever happens dude. nothing.

everything is a nothingburger because it's all fake to begin with.

Hey @eatthebugs, here is a little bit of BEER from @isnochys for you. Enjoy it!

Hey @eatthebugs, here is a little bit of BEER from @isnochys for you. Enjoy it!

on nvm I read that wrong they are all old lol

Why does the chart look a little like a pagoda? 🤔

In my opinion low-cost labor is big problem for #China. Ok, they can produce and sell their product very cheap but their citizen's quality of life is not good. I support population decrease policy.

The pension problem will be an issue in many countries but I do agree that the declining population is an issue. There just isn't enough being generated to pay off all of this when even the old people won't want to work anymore.

No doubt, much of this is deflationary as older populations spend less money on goods and services, besides healthcare.

Zeihan has some good stuff although he tends to be off on his economic understanding.

Yes China has demographic issues although I disagree with Zeihan's timeframe on China's demise. He feels it will happen before the end of the decade.

The area that is in trouble before that is the EU. It is going to have a tough time dealing with the next half decade. Their economy is trashed.

Maybe China will never become the first economy in the world like what happened with Japan in the 80.

I find it amazing how populations start to decline as Germany and Japan were prime examples of that. 130 million is a shed load difference as that alone is 30 million empty properties if we bank on 4 per household.

Government numbers are iffy at the best of time, manipulated and massaged. However, with China, they are outright fabrications.

The important thing to note with China is not the actual numbers. As you quite rightly say, they are usually fabrications. What the authorities tend to take into account though is trends. And the demographic trend in China is most certainly worrying for the authorities. The one-child-policy has always been insane and it is now coming home to roost.

I can second that with Europe. That's all I heard about when I lived in Germany. The staff even told us that the German government offered a bonus for each child, but even that didn't move the needle enough to fix the population problem, hence the inflow of refugees in 2015. I read they need 800,000 people per year...