It is amazing the insanity of the Fed. Anyone who followed my work the last few months knows hos insane it is to raise rates during a recession. This is unprecedented yet, after today's CPI, we can expect a large move come the FOMC meeting in a couple weeks.

What is ironic is the Fed's own information is telling a completely different story concerning inflation. The consumer expectation survey is conducted by the Federal Reserve Bank of NY, the most important of all the Fed Regional Banks.

Like the CPI, it is conducted monthly, timed along the same lines as the CPI. While it covers a number of areas, it is designed to question people about future expectations. One of the primary areas is inflation. 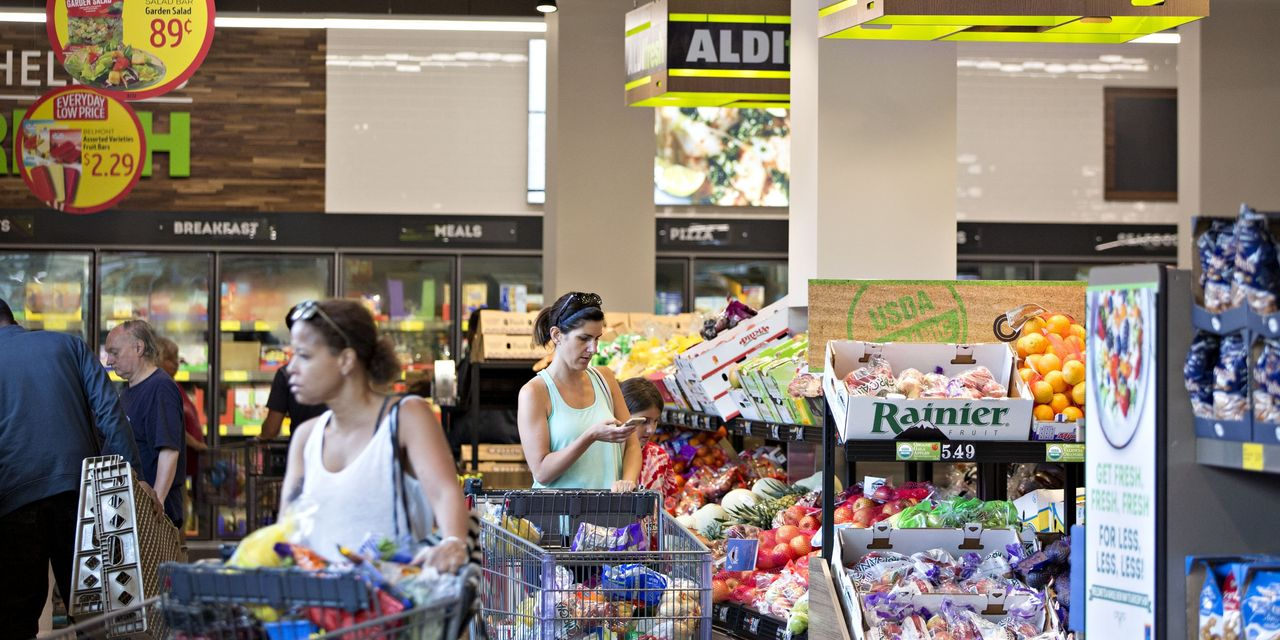 There is nothing that cures rising prices like a recession. This is something that any first year student can figure out. The Fed, however, if firmly intent on ignoring everything other than the PCE readings. To them, inflation is the only thing that matters.

While the CPI was on fire, the NY Fed Consumer Survey is heading the opposite direction. Things actually declines from July to August.

Here are the main finding:

Median one- and three-year-ahead inflation expectations continued their steep declines in August: the one-year measure fell to 5.7% from 6.2% in July, while the three-year measure fell to 2.8% from 3.2%. The survey's measure of disagreement across respondents (the difference between the 75th and 25th percentile of inflation expectations) increased to a new series high at the one-year horizon but decreased at the three-year horizon.

Median five-year-ahead inflation expectations, which have been elicited in the monthly SCE core survey on an ad-hoc basis since the beginning of this year and were first published in July 2022, also declined to 2.0% from 2.3%. Disagreement across respondents in their five-year-ahead inflation expectations also declined in August.

From this research, it does not look like the consumers are expecting inflation to stick. In fact, since March, we noticed a downward trend.

If you will recall, we covered the University of Michigan Consumer Sentiment Survey on a number of occasions. For over a year, that was screaming that all was not well. The results for real estate, durable goods, and automobiles were telling us that consumers were not planning on spending in those areas. We were told how strong the economy was and companies kept ordering.

Inventories skyrocketed, especially for durable goods such as appliances. Automobile sales are tanking. And now, we are looking at the onset of a real estate pullback.

Isn't it interesting how that happens?

People like to think in an inflation verse deflation mindset. The tendency is inflation bad, deflation good. That is incorrect. What is sought is stability between the two.

Unfortunately, there is nothing stable about what is going to take place. We are likely going to flip from an inflationary environment to a deflationary one. And this could happen very rapidly.

The indicators are telling us that. When consumers start sharing what they are thinking, perhaps it is time to listen.

What will be key is the employment situation. When that starts to really accelerate, we will see a much different scenario. Already, there are signs that is cracking. While the headline number looks strong, the fact there are more part time workers is concerning. This is usually the fist step companies make when looking at future reductions. They start by cutting hours down to part time. If things do not pick up in terms of revenues, then the next stage is layoffs.

There is a process to all this. Understanding the different stages how up to size up how things could unfold.

Households are already adjusting their budgets. If people start losing their jobs, this will happen in a bigger way.

This is an helpful content though. I will check out for analysis of NY currency with others.
It will give detailed idea of finance management. Thanks for sharing, cheers!

The downward movement is affecting almost all the parts of the world today, imagine taking some money to the market and in the end, I feel as if I missed placing some of it because things got so high than the budget.

Financial wisdom is required to scare through this season.

Thanks for sharing this research

? we can expect a large move come the FOMC meeting in a couple weeks.

After yesterday's CPI figures, FED's rhetoric hawkish tone will continue. BTC has given up all the gains, and the other currencies also tanked.

75 bps is my guess. I think they have the cover with the CPI.

The Fed doesnt pay attention to its own research.

That is true, budgets have to be adjusted to make ends meet in peace, so other factors come into play, such as inflation and unemployment.

The FED continues to cause fear with their news, making people believe that things are worse than they seem, in order to increase their interests, or that is what people currently perceive, interesting post and interesting survey they conducted to determine this information, successes.

It is true that surveys have margins of error. However, the UoM is consistent in the trends it uncovers and does have the track record of being a strong indicator of sentiment among consumers.

Hi @taskmaster4450le
The more such reports and news I read the more I seem to think how disconnected the FED is from the ground reality and it is so ill equipped to fix the mess that it creates for itself and the economy.
Fixing the fiat mess with fiat is like trying to fix a square peg in a round hole.
However the fed has been consistent in trying to do such things.

The Fed is using two metrics: PCE and unemployment.

With all the economic factors, we should see more layoffs from the companies and it reminds me of NVIDIA choosing to manipulate supply of the current generation graphic cards to maintain profits.

It seems that a lot of jobs created are part time. Perhaps that is how companies are trying to walk the fine line while things are so uncertain.

We will see what earnings look like starting the middle of next month.

The mindset of people towards inflatable and deflation are wrong, if deflation go on and lot of jobs are lost, it is also a big challenges which the country would go through.

The idea of equilibrium didn't came out of nowhere.

Equilibrium is the best position that would make everything in check.

The Great Depression was a deflationary period and, for those who went through it, it was not a great time.

Nor were the last 35 years in Japan a picnic either.