President Joe Biden made a move that is very good in my opinion. He nominated Jerome Powell to a second term as Chair of the Federal Reserve. As we will see, if this goes through, we potentially averted a crisis.

Be mindful, Powell still needs to get approved by the Senate. Senator Elizabeth Warren stated she would oppose him. There is also some outrage from the liberal end of the party.

At the same time, Biden nominated Lael Brainard as Vice-Chair.

Much of the outrage is pretty foolish in that those on Capitol Hill are playing politics. With the Fed, unless you are dealing with someone who is way to the left or right, they are usually indistinguishable in what they do. Monetary policy is often not politics. Yes, it can be turned political as we will see yet Powell hasn't operated that way. In fact, he drew the ire of President Trump for not following his wishes. 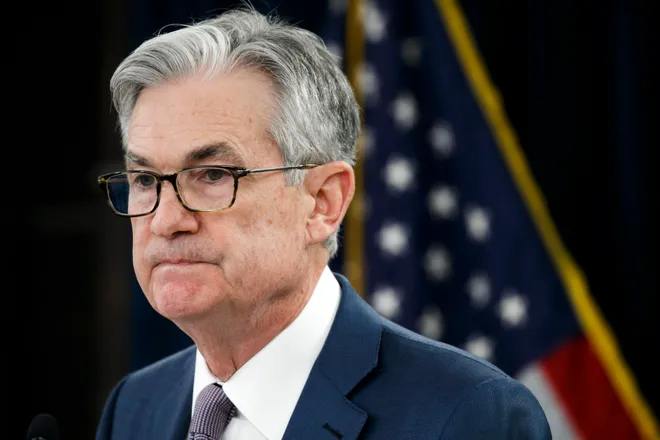 Powell Knows How To Play The Political Game

All Fed Chairs have to appear in front of Congress to testify. This is usually a period where the individual is abused by non-knowing Senators who are grandstanding. Whether it is Elizabeth Warren on the left or Rand Paul on the right, both sides try to score points.

Powell is adept at playing the political game. There are some tough issues being lobbied about, ones that could radically change the framework of the Federal Reserve. He is very measured in his answers.

Washington is a rough place. It is also one where navigating the political nonsense is necessary. While it is sad that things came to this, it is the present reality. Every Fed Chair has to deal with it, regardless of what party is in control of the Senate.

Here we see the elephant in the room. It is something Powell was asked about yet he gave his standard measured answer. Based upon what he told people, they are working on a report. I have a feeling if Powell has his way, they will keep working on that report for years.

How does Powell feel about cryptocurrency? He believes there is a store of value component yet not much to threaten the USD. Stablecoins can exist yet should be regulated. When asked about the outlawing of cryptocurrency, he said he would not do it. What is laughable about this is the Federal Reserve doesn't have the authority to outlaw them. Why not ask one of the Capitol Hill meter-maids the same question. That person has the same authority.

While some might think this is a good thing, think again. This situation would put monetary policy in the hands of politicians, the same ones who are in charge of fiscal policy. I guess one might opt for this if he or she thinks that Congress is doing an outstanding job. The reality is they are not.

Another factor with a CBDC for the US Dollar is that it is reserve currency. Thus, money has to be outside the country for the global economy to be effective. There is certainly going to be blowback from businesses globally at having to use a currency where transactions can not only be seen by those in Washington, but can be stopped too.

Plus there are many people who use the USD in countries where they do not want to be known. They live under hostile regimes and have to use the USD for survival.

These are all factors I believe Powell is aware of.

Prevent The US From Becoming A Banana Republic

The Banking Act of 1933 prevents the Fed from making the United States into a Banana Republic.

While many online follow the financial media's (and academics) lead with inflation fears posed by the Fed's "printing" of money, the reality is far different. The Fed does not have the ability to directly cause inflation. This is because the Fed does not print USD.

One of the key pieces of the legislation is that the Fed's liabilities are not legal tender. This means they are not used for anything in the "real economy". Holders cannot pay salaries, taxes, or their electric bills. Also, only member banks can hold these assets. Individual citizens do not have access to them.

Hence, we are not dealing with broad money.

The reason why this is brought up is there is a push by many for MMT. The belief is that we can just print money at will without any consequences. Isn't it ironic that many believe the US government and Federal Reserve already do this?

A change in the law to allow this would rapidly move the US into the Banana Republic situation. Also being the world's reserve currency would mean there would be major implications across the global economy. We will cover this in an upcoming post.

For now, we can know Powell will not submit to this. He understands the implications since he spent so many years in the banking industry. This is much different from an academic who is operating on theory only.

The bottom line is that Powell will keep the US and global economies on a slow decline. This is what took place the last 25 years, so why change anything? At this point, it is our best option.

Of course, the reason I am excited for this is it does open the door up for cryptocurrency. We have a liquidity crisis in the USD, especially the Eurodollar. This is causing a massive shortfall in growth. My hope is that cryptocurrency can step in its place and provide the bases for massive economic expansion. Of course, that will have to comes from the stablecoins since it appears much of the cryptocurrency industry is treated like stock.

Either way, if Powell is confirmed by the Senate, it should provide the industry the time to keep developing. We most likely can cross CBDCs and other extreme moves off the table.

Why Is Elizabeth Warren even relevant anymore ? Sh'e really just trying to hang on to any last rays of spotlight at this point

Plus she is from Massachusetts. She could get re-elected there even after she dies.

There is a lot to unpack and think about here, since I stopped following the news and especially anything political. I tend to forget some of this stuff matters.

Most times it really doesnt matter but on this one, I think it does. Powell is not going to get things moving on an upward path but at least he wont allow things to be totally tanked.

I am so with you! Thank-goodness i am getting into Leo Finance to get a little taste about things going on out there!

Haha! If you are fairly new, Welcome and that is exactly why I love Leo and the community. For me it is much more about staying in touch with what is happening in crypto in general and networking with other crypto investers

Powell was the best choice to maintain the USD's current status. I am happy with it and I think it also means the hedgefunds will also be happy because they don't like the unknown. So I think we might see more and more increases in the US equities market with this change.

That is true they do not like change. Better the devil you know.

Powell is also friendly to wall street as opposed to the Vice Chair. That might not be a good thing overall but it is at least something we know how to deal with.

I don't really like politics but I follow till the end because USA is strongest country in world and sometimes you just have to know what's going on there.

These appointments should not be political but, sadly, they turn into that.

In the end, the Fed is not as powerful as everyone makes them out to be yet they are worth monitoring.

I have a feeling if Powell has his way, they will keep working on that report for years.

Sounds about right when you are dealing with the government. I guess I am okay with that as well. It is a bit sad in the fact that while they are spending all of this time figuring out what to do exponential changes are taking place that they have zero chance of keeping up with.

I dont think it is sad. Personally, I believe we have to use their slowness to our advantage. We develop at a rapid pace and they fall further and further behind.

I can see both sides of it I think. I agree it could be good having them play catch-up, but it also adds a level of uncertainty that can be a detriment to crypto as a whole.

How about open market operations by central banks? I may be wrong but aren't those done with money created out of thin air by central banks? Central banks can buy any securities they want including sovereign bonds or corporate stocks, which they have done in recent decades.

The Fed has to use dollars on hand unless it is dealing with member institutions. The policy of the Fed still has to adhere to these rules.

They do a lot of swapping, using reserves, on the Repo market with member institutions. This is often why there are three or four parties involved, because the right securities, cash, and reserves have to be lined up.

So they are printing out of thin air but not as most people take it.

Well, this sounds like good news! What the heck is with Elizabeth Warren, 72 and she can be elected after she dies. This world is pure crazy town! Lol