As we continue to delve into the world of money, it should be coming evident that what we are seeing is really nothing new. At the same time, what we are doing with cryptocurrency and blockchain is not novel. Sure, we are seeing a new spin on this along with the technology advancing. However, the basic essence is no different.

In other words, distributed ledger technology is nothing new. It was around for centuries. We will discuss ghost money in a bit.

Before getting into that, it is vital to understand that governments not controlling money is the norm. Today, many people think the USD or EURO is in the hands of the government. They aren't. In fact, as we showed repeatedly, they are not under the domain of the central banks. The money supply is completely controlled by the commercial banking system. This is why it is also known as commercial bank money.

This differs from central bank money which are bank notes and reserves, neither of which are applicable for the broad economy in the digital age.

Ultimately, the monetary system is always about who controls the ledger. In this era, as in many in the past, it is the banking industry.

This is something that blockchain will change. 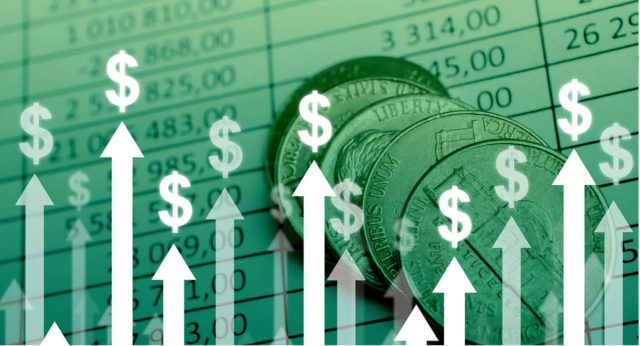 Have you heard about ghost money. This is something that is not often discussed but, throughout history, it was an important part of the monetary system.

Ghost money is another term for ledger money. However, unlike bank money, this was usually created by merchants. It was common for people in towns to extend credit to each other. This was based upon the knowledge of who they were and the relationship with the merchant.

This is actually something I saw in my lifetime. As a kid, two of the money creators were the men who ran the hardware and pool store. When we went in there, my dad would get what he needed and not pay anything. No cash (usually) or credit card. He simply walked out with the supplies.

Naturally, he wasn't stealing them nor were they free. Each time he did that, they "ledger" was recorded with what he owed. Each month, the merchants would send him a bill. As we can see, there was not currency (nor bank) involved in the transaction. Of course, there had to be some settlement between the two and my dad would cut them a check (again, no currency). Here is where the banks did get involved to process the check to move money on their ledger to the merchants.

As soon as the check arrived, the merchant ledger was updated in some way to denote that the debt was paid.

This is money creation. These shop owners were extending my dad credit.

It is a story that was repeated for hundreds of years around the world. This was not part of the official monetary system. Nor did it involve the banks.

Ghost money was a vital part of the early modern era for a number of reasons. The biggest was the fact that money was often scarce along with the fact there was not a standard weight since people would shave pieces off the coins.

Many presume that money before the central banks was relegated to coins created by governments. This is honestly not the case. There were a number of drawbacks to coins, a couple that were just mentioned. If we look at the great banking families of Europe, they became that way by extending credit.

This money creation system extends all the way back to the 1500s, when double entry accounting was first introduced.

Therefore, we have to embrace the fact that private bank money was usually the norm. This is not something that was new. It is also why the Eurodollar System was a natural evolution to the monetary system. In short, the central bank system was too restrictive for an economy that was based upon global trade. Post World War 2, the expansion required a more flexible system.

The Eurodollar system gave the bankers exactly what was needed.

Here is where blockchain, along with cryptocurrency, see the future. Because this provides the opportunity for decentralization, we are following 600 years of history. We are looking at putting a technological advancement on private bank money.

The only difference is, this time, we are going to remove the banks from the equation.

Private Bank is most popular on Business.

Another great post sir! And I'm yet again, encouraging anyone reading this comment to consider putting the Knights Templar back in charge of the international banking system.

Actually just do away with the banking system and replace it with crypto and defi.

The ledger system sounds interesting and we still see it today when we get monthly statements for utilities, credit cards and many other services. In a way, crypto also offers these services but I wonder if there is a good way to enforce things against people who don't pay things back.

That is what bank accounts are. Nothing more than ledger transactions moving around the world.

No different than what blockchain does.

Money always involves like our society. It is exciting to see what is happening right in front of us.

It is the first time I have heard that term of phantom money. If with the Cryptocurrencies we manage to stop the banks from playing with our resources, we already have a good part of the battle won