It is amazing to see things changing before our eyes. Sometimes when things get going, they really start to snowball.

This is the case with the concept of work. We are watching many different things transpire, much of which feeds into each other. This will continue to be a massive disruption over the next few years. It is hard to predict exactly how this will turn out but we are getting a clearer vision. 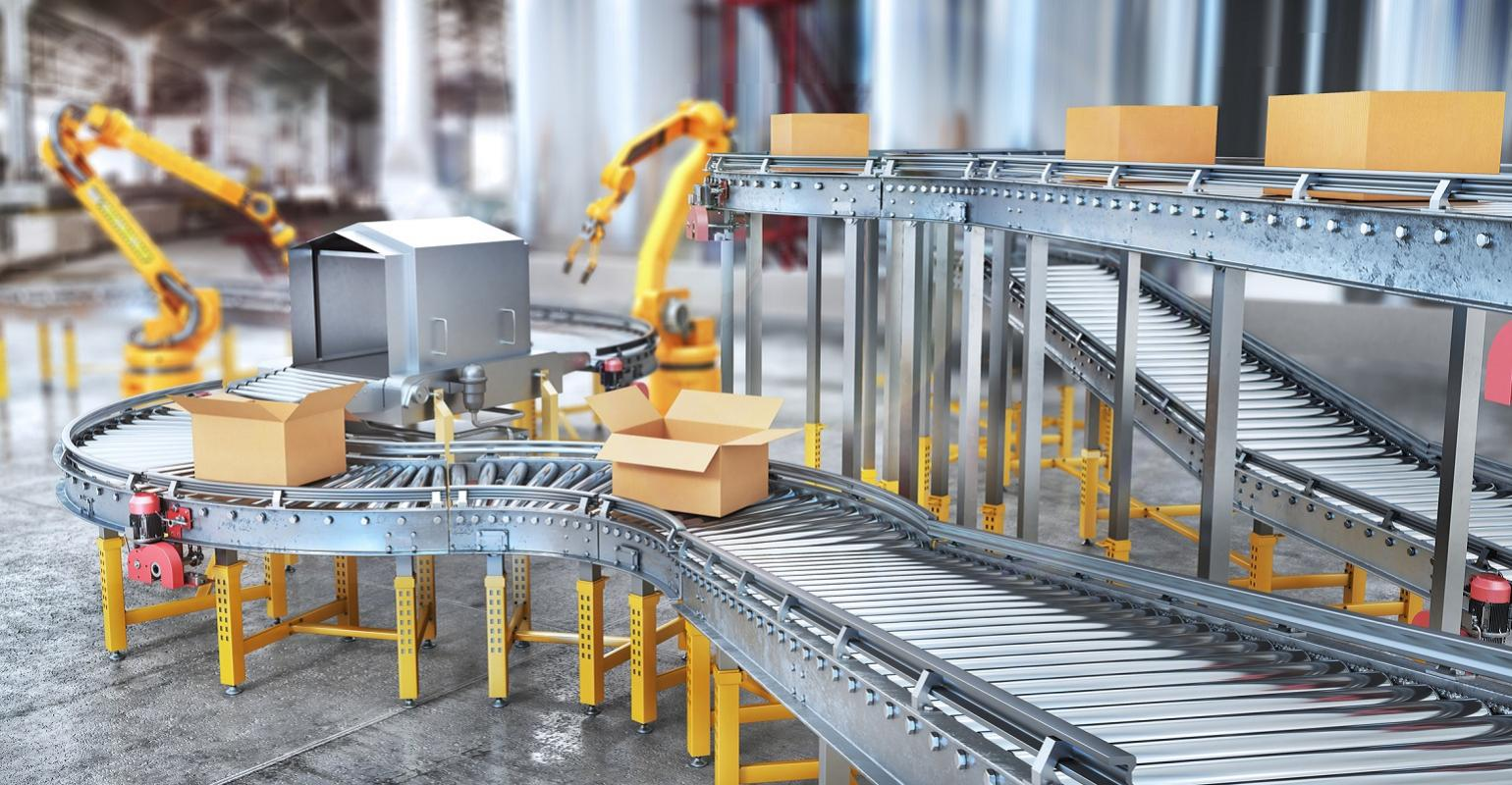 There is little doubt that ecommerce is growing at a fantastic rate. Last year, 2020, was a record year in the United States. This is something that was in keeping with what transpired over the last decade.

If the first half of 2021 is any indication, then this year will be another record. 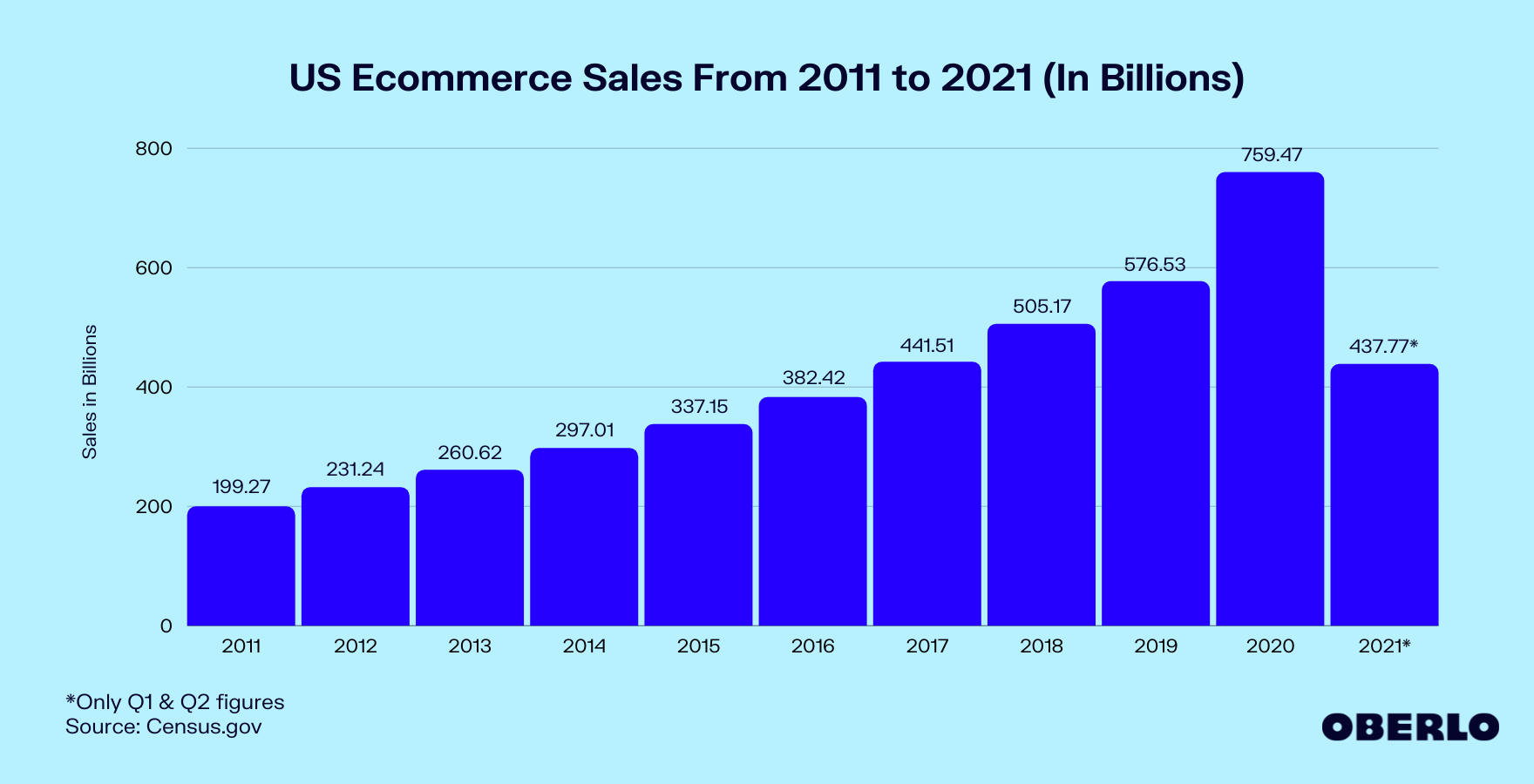 This is a trend that will keep going. It is going to put even more pressure on warehouses to fill the orders quicker. This is something that is drawing a lot of attention as well as money.

Amazon is the leader in this arena, in warehouse automation as well as in orders. The leading ecommerce giant started investing heavily years ago and is not showing any signs of slowing down. The company is pushing to make its same day delivery viable. To do this, automation at all facets of the supply chain, including delivery, is required.

The goal is to ultimately to get rid of many of the jobs.

Automation has not yet caused extreme job cuts within warehouses, but that is the goal—albeit a distant one. In 2019, Amazon’s robotics director said it would take at least a decade to achieve total warehouse automation. But one fully-automated facility already exists in Shanghai. The factory was developed by Tokyo-based startup Mujin, and is operated by Chinese e-commerce giant JD.com. At 40,000sqft, it would normally employ 500 people, but instead needs just 5 people to manage the robots.

That is the future right there. By the end of this decade, companies will be looking to operate with 1/100th the number of personnel they presently do. This might vary some and is a number of years away but the intention is clear.

Consider how many jobs globally will be wiped out in this one sector. 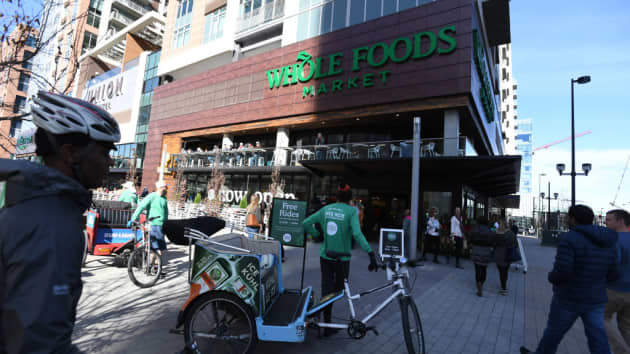 Amazon is not only look at their warehouse staff. The company is also at the cutting edge of altering the grocery industry.

Since their purchase of Whole Foods™, the ecommerce giant has been working on having people simply walk into its stores, shop, then walk out. There is no need to go through a checkout line.

Amazon’s “Just Walk Out” technology allows shoppers to enter a store by scanning an app and exit without needing to stand in a checkout line. Cameras and sensors track what items shoppers select and charge them when they leave.

They just announced they are opening up a couple new stores next year that will come have the technology installed. This is the first time it was implemented in a full-size grocery location. Up to this point, the ones that had it were the convenience stores size.

Amazon is also willing to license out the technology to its competitors. If successful, this will completely revolutionize the entire retail sector and the technology that stores will be utilizing.

Again, if we look at life towards the end of this decade, how many more jobs will this eliminate around the world. While the 2021 version of the technology might not be ideal, we can near guarantee that it will get better over the next half decade.

Here are two sectors that employ a lot of unskilled labor. As we can see, if companies like Amazon have their way, by the end of the 2020s, the number of people will be drastically reduced.

We will not delve too much into this in this article. However, it is worth mentioning that remote work and robotics are moving ahead at a record pace.

The former is completely disrupting the white collar world. People who are in office jobs are asking for a great deal more than before the lockdowns took place. It is evident that many are not satisfied with the idea of returning back to the old way of doing things.

We are seeing employers having to adjust in hopes of keeping their best employees. This is something that is going to be a challenge for some as they are resisting the "new normal". Employees took the time to evaluate what they were doing with their lives during the lockdowns and it is obvious they are questioning the entire concept of work as it relates to their lives.

At the same time, like the last 40 years, we are seeing the progression of automation continuing. Robotics is entering many more fields than just warehouse automation. The manufacturing sector is continually adding them to the mix. This is allowing for an increasing output while employing less people.

Mix all this together along with the accelerating rate of technological progress and we could see the entire face of work changed by the end of the decade.

How this all unfolds and is dealt with remains to be seen. What we do know is the status quo is not on tap.

Robotics plays a huge role in warehouse automation. It made the heavy-lifting of the objects so easy and there are no risks of human errors. With bare minimum human intervention, these big warehouses can work 24x7 and increase their production too.

I think that is why Amazon is able to provide one-day shipping because it has already automated a lot of stuff on the field and continues doing it. These trends are only going to increase in the next few years.

Yea but I don't think things would of worked out without them working on their own transportation routes. It seems like they want to fully replace FedEx or the US postal service.

Even if the checkout line is eliminated from the ecosystem, it will have significant impact on profitability of these stores because today most of the consumers spend more time in checkout queues than actual time spent on purchasing goods in physical brick and mortar stores

Well we have seen how banks have automated tellers these days and you have to basically have personal banking if you want anything else here now. Branches have slowly started to disappear.
I am on the lookout for automation in the warehousing and nothing here as yet but I give it 5 years and the changes will be everywhere.